Police fatally shoot gunman who opened fire at a concert outside St. John the Divine

Police fatally shoot gunman who opened fire at a concert outside St. John the Divine 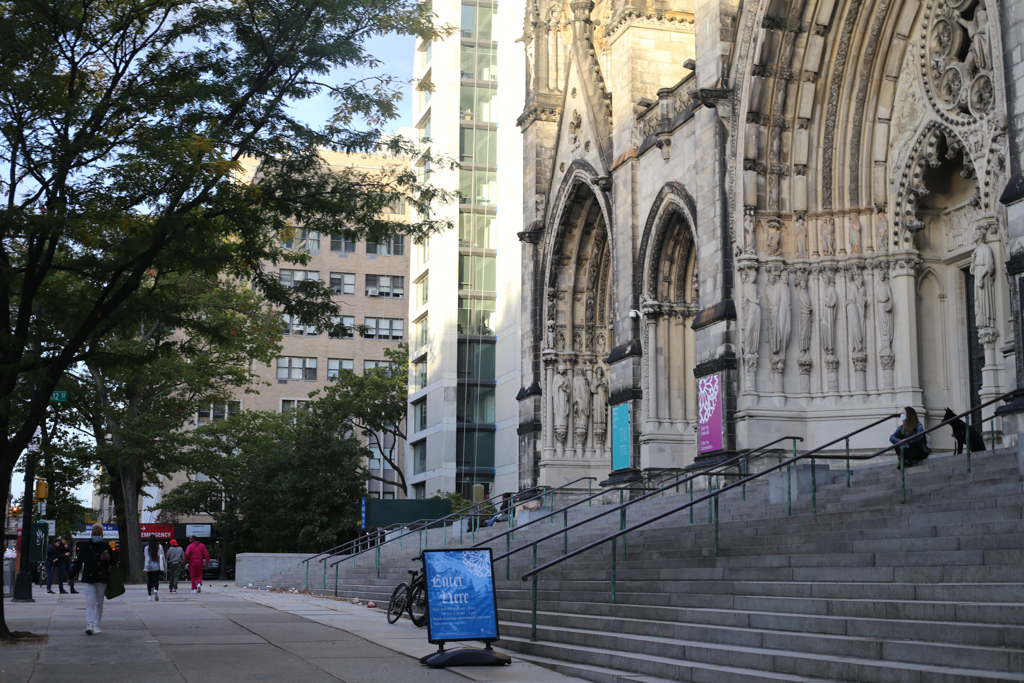 Shots were fired minutes after the end of an annual Christmas choral concert outside of the Cathedral of St. John the Divine, according to witnesses.

Police fatally shot a man on the steps of the Cathedral of St. John the Divine on Sunday afternoon after he opened fire near a crowd of hundreds gathered for a Christmas choral concert. It is not clear whether the man was shooting at people in the crowd, but no other injuries or fatalities have been reported.

Shots were fired minutes after the end of an annual Christmas choral concert, according to witnesses, and officers were called to the historic Morningside Heights cathedral just before 4 p.m. The man shot at responding police, who returned fire. He was shot by officers and then taken to Mount Sinai Morningside, where he later died.

Mark Levine, a city councilman who represents District 7, which includes Morningside Heights, said in a series of tweets that the gunman had yelled that he wanted to be killed and appeared to be mentally ill. In a press conference, New York City Police Commissioner Dermot Shea corroborated that multiple witnesses heard the gunman yelling “kill me.”

Lisa Schubert, a cathedral spokesperson who witnessed the shooting, told the New York Times that “everybody is in shock.”

“There were hundreds of people here, and he shot at least 20 times,” Schubert said.

Around three hours after the shooting, Barnard Public Safety alerted students to the incident in an email and advised them that the investigation at the cathedral was ongoing. The cathedral, which stands on the corner of 113th Street and Amsterdam Avenue, is only a few blocks away from Columbia’s campus.

“We will remain strong, together, and serve as a safe space for prayer, meditation, and celebration during the upcoming holiday season,” a statement from the cathedral said.