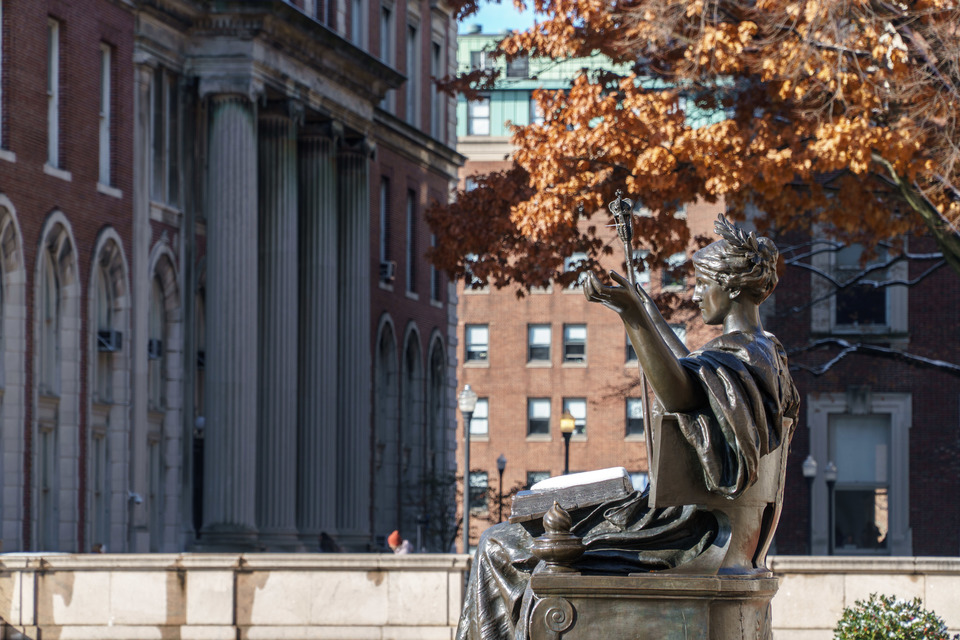 A coalition of student organizations led by Columbia-Barnard Young Democratic Socialists of America has come together to call for a tuition strike against Columbia. The strike, which has amassed 3,200 signatures over two months, aims to hold the University accountable to students, staff, and community members for how it handles its wealth.

The movement follows national calls to defund police departments and redistribute funds from Public Safety arms to more community-based initiatives. Since this past summer, Mobilized African Diaspora has been organizing to implement many of these demands within the Columbia community—including through the severing of ties to the New York Police Department and defunding Public Safety. In light of these movements, as well as the economic downturn from the ongoing pandemic and rising tuition, students are now calling for participatory budgeting so they can exercise a greater voice in the allocation of University finances.

In its demands, YSDA is calling for the University to instate a 10 percent decrease in the cost of attendance and a 10 percent increase in financial aid, defund Public Safety, halt its expansion into West Harlem, fully divest from fossil fuels, and grant union recognition for master’s and undergraduate student-workers. YSDA’s strike pledge collected over 1,000 signatures at the end of November, when numbers began increasing exponentially. At one point, , sometimes with 400 students signed the pledge in one day.

Becca Roskill, SEAS ’22, an organizer at YDSA, said that the demand for tuition reduction is inextricably connected to the demands of organizations like MAD. She said Columbia’s handling of its wealth—which students are demanding a greater say in—not only creates a financial burden on students, but also impacts how workers are paid, how many buildings are built in Harlem, and how Columbia chooses to invest in different industries.

“The tuition strike would not be the same success that it is right now without the work that these groups have done prior to organize support and power behind these demands, and I’m excited that we’re making asks of the University to grant our demands that have extremely broad support among students and workers and faculty alike,” Roskill said.

The coalition of student organizations leading the strike include YDSA, the Sunrise Movement at Columbia, MAD, Columbia Students for Justice in Palestine, Extinction Rebellion Columbia, and the Graduate Workers of Columbia-United Auto Workers.

Since the summer, MAD has been circulating a letter of demands in response to Columbia’s “empty promises and a clear lack of tangible institutional support for Black lives” with many overlapping demands with the tuition strike—among them are calls to defund Public Safety and redirect those funds to West Harlem.

“After meeting with admin, it was clear that they were only interested in nominally working with us,” said Anjali Verma, SEAS ’21, an organizer for MAD. “YDSA including some of our demands into their demands list is really helpful and a really good way to amplify the things we’ve been pushing for since the summer and the things Black students at Columbia have been pushing for forever.”

Student organizers believe that they have two sources of leverage over Columbia: disrupting the University’s image and complicating its finances. Last week, three student organizers behind the tuition strike saw their LionMail accounts temporarily deactivated. In a statement to Spectator, the University said the accounts were disabled due to Google’s automated alert system where spamming is suspected. All accounts have since been restored. The issue received significant attention across social media.

“Columbia’s reputation is its biggest asset,” Morris said. “For all of the students who are applying to schools right now out of high school, when they look up Columbia University and see there are 3,000 students at Columbia University who are so unhappy that they are going to withhold their tuition and go on strike—this is Columbia’s biggest nightmare. And this is exactly why a tuition strike is so effective and powerful.”

Student organizers said they are exploring other ways to convey their messages to supporters, like divvying up email blasts, creating a listserv, and calling signatories. Co-chair of YDSA Emmaline Bennett, TC ’22, said she has not sent any mass emails yet for fear of interruptions to her Zoom account and has instead been calling signatories over the phone.

Members of the coalition acknowledge that withholding tuition at a place like Columbia, whose endowment is more than 11 billion dollars, will not greatly affect its functioning. However, as tuition is still one of the University’s main sources of revenue, organizers said they hope they will pressure the University through the power of collective student organizing.

“It’s not like going on tuition strike would mean Columbia won’t be able to function. It does have cash available that it can use for other expenses, but it will still mean a hit to its bottom line,” Bennett said. “Tuition is its largest source of revenue, and if that revenue is not going in, then it still means that they’re not making nearly as much as they’re expecting to make. They’ll have to pull from their funds that they’re hoping to save for other purposes in order to fund things until the strike is over. It still creates a huge logistical problem for them.”

The growing number of signatories has proven to be an imperfect picture of student commitment, as not every student who signs the petition is willing to withhold tuition and sign only to support the cause. YDSA sent a confidence poll to Barnard signatories, whose tuition deadline is Dec. 14, asking what threshold of committed students they needed to feel comfortable withholding their tuition. The poll showed that not enough Barnard students would withhold tuition to trigger the strike, so on Friday, Dec. 11, Barnard signatories voted to not go on strike.

“We want to emphasize that abandoning the tactic of a tuition strike at Barnard isn’t abandoning our hope for winning these demands within Barnard,” Roskill said. “This is a process that we’re going to repeat across other schools leading up to Jan. 22, and we’re confident that we will meet the threshold that people at Columbia feel comfortable striking at. When it comes time to bargain with Columbia at an institutional level, then we’re prepared to fight for these demands on Barnard’s campus as well.”

Laura Bane, CC ’22, a YDSA organizer, said most of the questioning of the movement has come from students. Common questions include why all students, including Columbia’s wealthiest, should benefit from a tuition decrease, or why students have the right to question tuition since they choose to attend Columbia.

“The fact that we are wondering as a student body whether this is an appropriate movement just illustrates the kind of gaslighting we’ve done to ourselves, into feeling sympathy for an institution that holds more wealth than most of us could ever hope to amass,” Bane said.

Town halls have been an integral part of YDSA’s organizing: The group has led three town halls and plans to lead four more before Jan. 22. On Dec. 17, YDSA is co-hosting an international town hall on student strikes. Approximately 50 student groups from seven countries plan to be in attendance.

The fight for fair tuition is not just a problem at Columbia, according to organizers. Morris said that, in the past week alone, YDSA has received communication from numerous student groups inquiring about staging tuition strikes at their schools.

“If we really are able to have a successful campaign here at Columbia, it will really inspire other people around the country to struggle around these demands, as well, on their campuses,” Bennett said. “I think that that could have a really huge impact when it comes to things like labor organizing on campuses, reversing gentrification, anti-racist demands on campuses, divestment on campuses around the country, as well as the question of lowering tuition costs.”

The organizers said they were inspired by strikers at the University of Chicago this spring, where approximately 200 students participated and were successful in obtaining a tuition freeze for the student body. YDSA organizers view their own strike as a continuation of that movement, and with 3,000 signatories and counting, as well as international attention, they all said they hope the movement grows globally until tuition impediments are addressed for every student.

Bane said what grounds the coalition are the testimonials she and her fellow organizers have received from students, not only at Columbia but also from other schools and countries.

“A lot of them say the same thing over and over, which is a detailed account of their specific financial hardship during this time and the glimmer of hope that our campaign has given them: that someone somewhere cares about this and is willing to risk their own position to fight for what is right.”