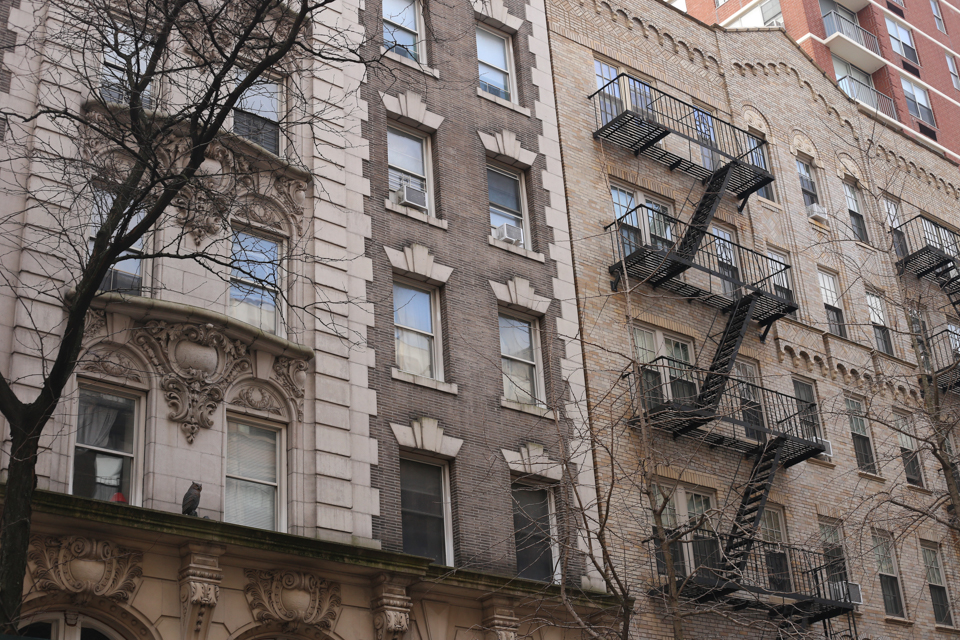 Thousands of students eagerly return to campus for the spring semester, but their presence could prove dangerous for vulnerable residents, who are already disproportionately impacted by the COVID-19 pandemic.

Thousands of Columbia and Barnard students are returning to New York after Columbia partially reopened on-campus housing this semester. For the majority of these students, it has been almost a year since they’ve lived at Columbia, and for some, it will be their first time stepping foot on campus. While students are eager to return to a “normal” college experience, some Morningside Heights and West Harlem residents worry that Columbia’s reopening plan may put Morningside Heights residents at higher risk for COVID-19.

As University President Lee Bollinger announced in November, all seniors were guaranteed on-campus housing in the spring, along with students with exigent circumstances and other undergraduates as space permitted. According to an email sent by Bollinger on Thursday, the residential undergraduate population has doubled to almost 1,800 for this semester, with hundreds more living in off-campus housing.

Columbia’s decision to bring back more students amid the COVID-19 spike seems to stand in contradiction with its decision last fall, when the University announced it would not provide on-campus housing except in emergency circumstances. When Columbia made the decision in August, New York City was averaging around 600 new cases per day; in January, New York City has averaged more than 6,000 new cases per day.

The University has lauded its comprehensive approach to testing, de-densification, and cleanliness during the fall semester as indicators it could offer an “enhanced academic experience” in the spring. However, COVID-19 cases have been on the rise in New York City, especially in West Harlem, a neighborhood primarily composed of Black and Hispanic residents who are disproportionately impacted by COVID-19.

As a result, local residents and community organizations wonder what that academic experience costs the community.

“Here’s what I hear as a community member: We want these students to have an academic experience at the expense of our health and well-being,” Laura Friedman, the president of Morningside Heights Community Coalition, said about the University’s reopening plan. “And we say to Columbia: That’s not a good neighbor.”

The Morningside Heights Community Coalition, formed in 2016 to advocate for residents’ concerns in the face of Columbia’s gentrification of the neighborhood, voiced its concerns about Columbia’s reopening plans to the administration in late December. The University has not budged, and members feel frustrated that Columbia and its students are not putting the broader community first.

[Related: Columbia asked students to pledge to ensure a campus safe from COVID-19. Not everyone is on board.]

In December, MHCC called for residents to send emails to Columbia and Barnard opposing their reopening plans, stating that “MHCC is very concerned that students and employees returning to Morningside Heights in January will pose a significant health risk to our community.”

Over the fall semester, Columbia’s positivity rate stayed well below the city average— at 0.33 percent out of over 102,000 tests conducted—after committing to test all on-campus students once a week. It remains to be seen if these rates will rise as a result of a denser student population and higher citywide transmission rate. As the spring semester commences, the University has now pledged to test residential students twice a week.

However, some residents such as Friedman and Edwin Torres, the co-chairs of the Health & Environment committee for Community Board 9, have also expressed the desire for the University to provide COVID-19 resources, such as tests, to local residents.

“What is done for the West Harlem community also benefits the University,” Torres argued. However, it is unknown how many tests Columbia is capable of providing.

Still, some community members have confidence that the increased student population at Columbia won’t pose a risk to the larger community.

“I would say I do support [reopening plans], but I would like for us to continue for Columbia to continue to maintain the protocols that they’ve put in place,” Martin Wallace, a member of CB9 and the husband of a Columbia professor said. However, he emphasized that he is speaking merely on his own behalf, not CB9′s.

Wallace said he has been impressed with the protocols developed for faculty but is cautious about how they will play out for a larger student population.

“I think they have done a really good job training their staff to take this very seriously and they’ve put signage everywhere and they regularly have a cleaning protocol that I think maybe goes beyond what’s necessary,” Wallace said, “but I’d prefer an abundance of caution for students’ protocols.”

Still, it will remain to be seen how large of an impact this increased student population will have on local COVID-19 rates and whether Columbia can do good on its promise to keep its community safe.