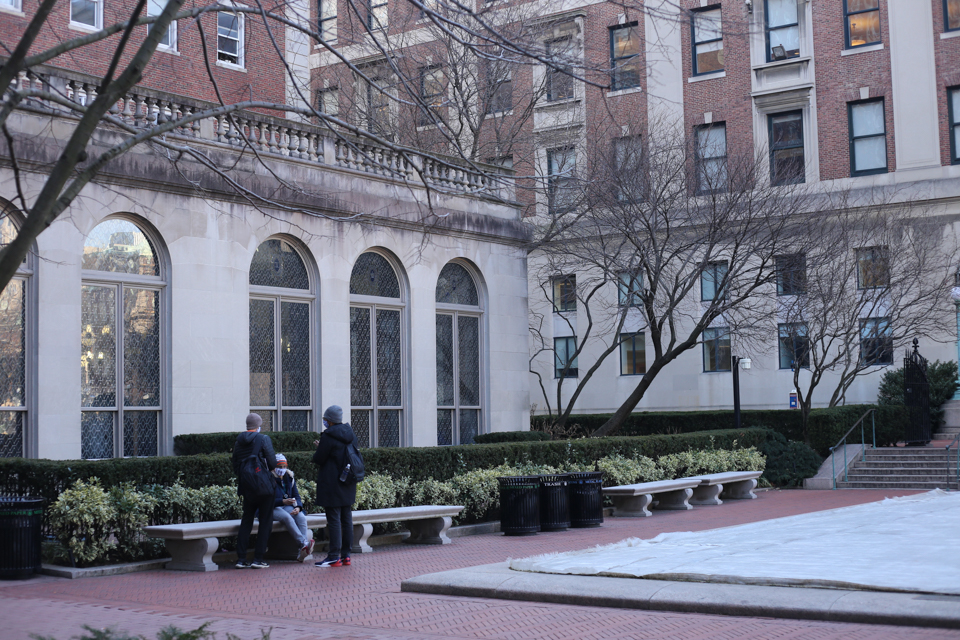 In December, after months of waiting, the University reiterated the message of its summer email and announced that first-years would not be prioritized for spring housing, leaving many of the class of 2024 to experience their first year at Columbia entirely online.

Just as first-years and sophomores were preparing to move to campus last summer, Columbia abruptly announced the cancellation of all semester-long housing contracts. Students and their families were forced to cancel plane tickets and hotel reservations and reconsider their plans for the semester ahead.

In place of a housing plan that had only guaranteed a semester of accommodation for first-years and sophomores, the University offered on-campus housing to students with extenuating circumstances. Meanwhile, 14,000 students who could afford apartments signed leases in Morningside Heights in a bid to stay closer to the campus community as classes remained virtual.

As classes began online and students settled into their respective living situations, a new normal was quickly established, particularly for the first-years, most of whom had yet to experience Columbia’s campus as students.

Within the Ivy League, Columbia is the only institution that did not bring its first-years to campus for the fall semester. In December, after months of waiting, the University reiterated the message of its summer email and announced that first-years would not be prioritized for spring housing, leaving many of the class of 2024 to experience their first year at Columbia entirely online.

On campus and in New York

First-years who were allowed on campus this year are experiencing a city very different from the one upperclassmen left last March at the outset of the pandemic. Since then, New York City has suffered 21,226 deaths and 464,038 cases of COVID-19. Currently, New York City’s hospitals are functioning at 70 percent intensive care unit capacity amid a 5.7  percent COVID-19 positivity rate, which is far from the peak seen in March, but cases are slowly rising.

Yet for first-years on campus, being among other students in Morningside Heights has been a lifeline amid online learning, allowing them to form friendships and safely meet new people, all while getting a glimpse into the college experience they might have had. 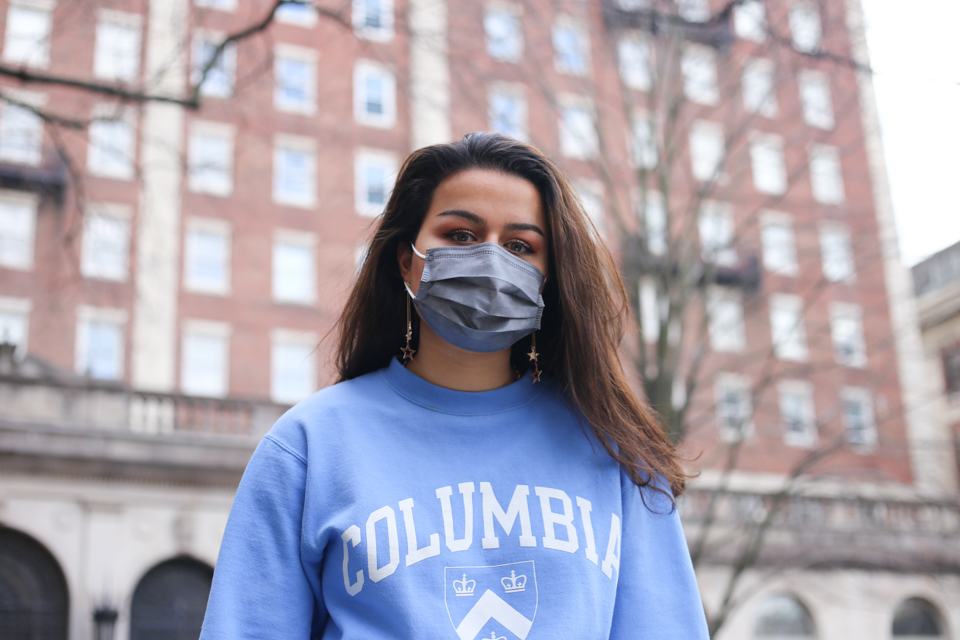 “I don’t know if luck is the right word for it, but I’m definitely happy that I was able to be on campus because having access to Butler and residential life almost simulated what a normal college experience could have been,” Hope Petraro, CC ’24, said. This year, she is living in John Jay Hall with about 20 other students on her floor.

Ava Frisina, CC ’24 and another John Jay resident, has been able to meet several other QuestBridge students, an opportunity that she believes might not have been present had their entire class been on campus. She credits the pandemic for deciding who she spent her fall semester around, and hopes that things “stay the same way once there’s more people on campus.” 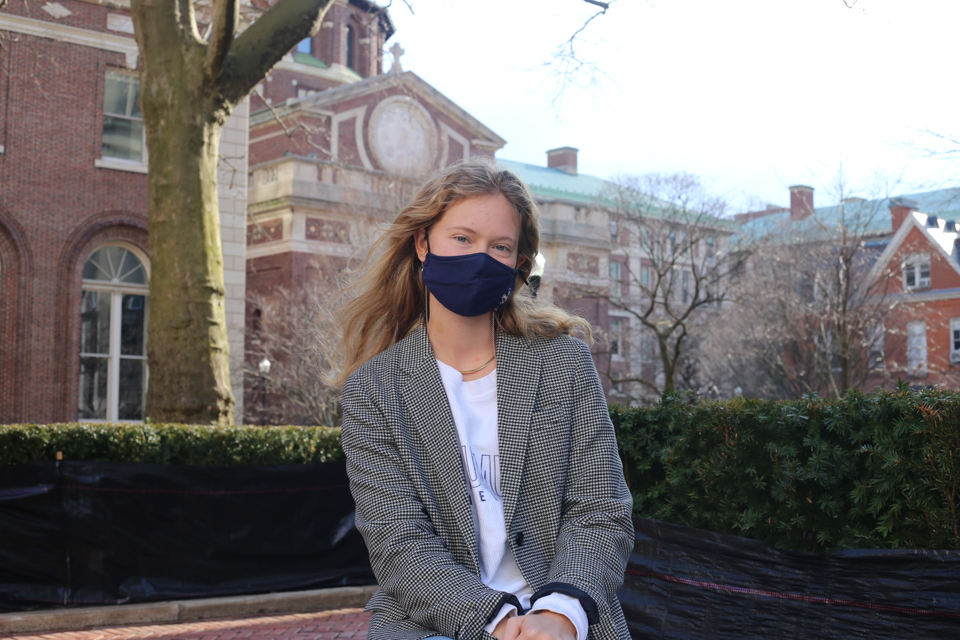 In a normal year, 16 percent of Columbia’s students are Pell Grant recipients and 50 percent are full-paying students. Because this year’s fall housing plan prioritized students with extenuating circumstances, a new campus bubble has formed that does not resemble the typical wealth gap.

“The pandemic has let a lot of people meet other low-income students or students of color, and a really brilliant community has been built around that,” Petraro said.

An awareness of these circumstances has led to concerns about adapting to life at Columbia when it is operating at full capacity again.

“I hope that there will be more of a chance for an equitable social environment and that students are experiencing the same things and united by that regardless of their income status, and aren’t self-segregating based on wealth or whether they live in apartments, at home, out of state or on campus,” Petraro said.

Leah Overstreet, CC ’24, decided to move to an apartment near campus as soon as she learned that Columbia’s classes were going online last fall.

“I expected this to be bizarre, and it’s not ideal, but it’s the only college experience that we really know,” Overstreet said. “My freshman year has looked a lot like hanging out outside with what we call our ‘germ’ bubble, a small group of people that I trust not to be going out or doing anything that would make me uncomfortable during a pandemic.” 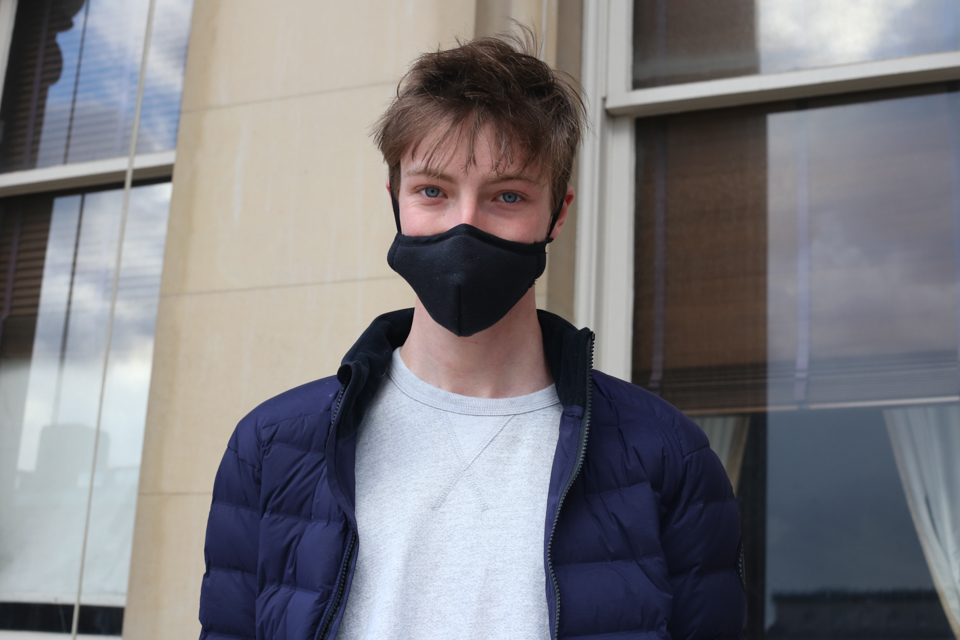 After spending the fall semester at home in Lake Tahoe, Jackson Weinberger, CC ’24, is now on campus and excited to integrate into the Columbia community that has already formed.

“Last semester, there were people who I started to become friends with, but it was really difficult feeling like I was a part of the Columbia community. I don’t think I felt that at all last semester. This semester, I hope it’ll be different because I’m lucky to be on campus,” he said.

Connecting to campus from home

For all first-years, there is a strong sense of loss while attending classes on Zoom. Many long for the kinds of small exchanges on campus and in classrooms that would normally set the stage for future relationships. Instead, they are forced to navigate introductions through countless social media platforms and try to maintain often surface-level bonds with peers they only know from online interactions.

“There’s a definite downside with social media being the only way in which you can interact with your classmates because it’s a very curated version of you, and you shouldn’t be forced to have an online presence that is appealing and portrays you in a certain way for people to want to be friends with you,” Petraro said. 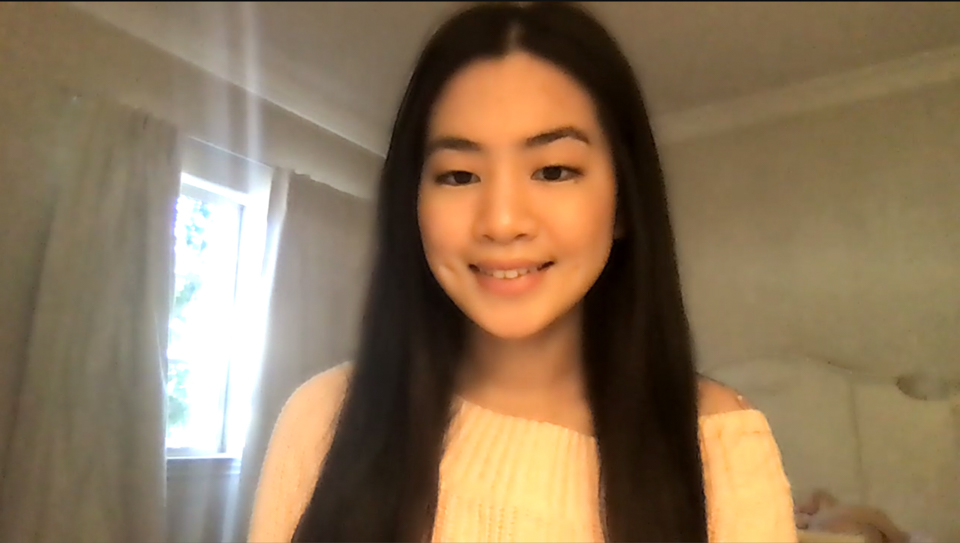 For some first-years far removed from Morningside Heights, it has been hard to find a silver lining as they navigate the ongoing pandemic.

Hailey Cheng, CC ’24, has been taking her classes from her home in Los Angeles, where hospitals are currently at 90 percent ICU capacity and are struggling to accommodate new patients. Spending her first year at home, Cheng has felt “frozen as a high school student.”

“COVID-19 is pretty bad in Los Angeles, and I’ve been talking to my friends at other schools who are all saying ‘Oh my god, this was the best semester ever,’ and I’m sitting in my bedroom, haven’t met up with friends, and haven’t left my house since March,” Cheng said.

Now, she spends her time trying to make Columbia connections sitting in front of her laptop in her bedroom.

“It’s draining,” Cheng continued, “but it’s also the only way you can connect with people now. There’s this serious FOMO from logging into Instagram and seeing people live these fun lives and you’ve just been at home forever.” 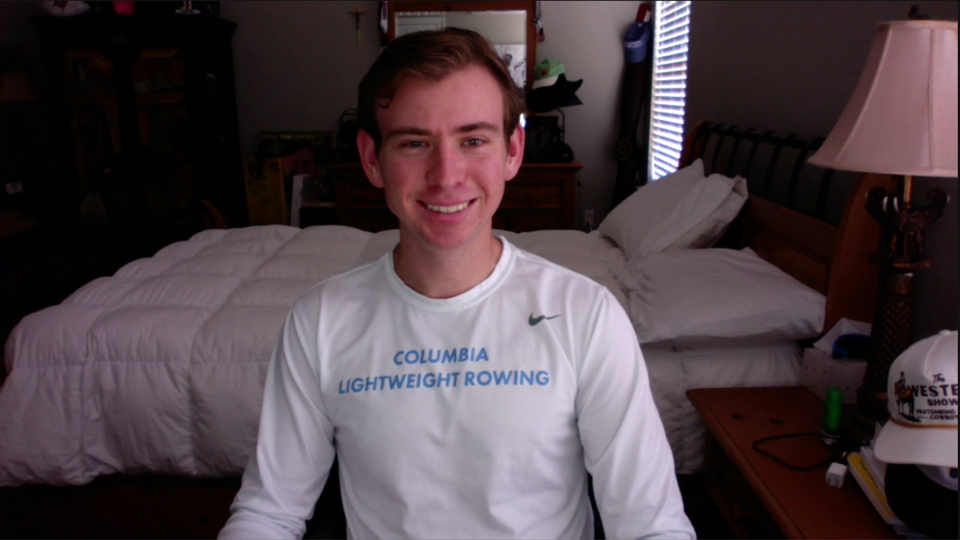 For Will West, CC ’24, the only connection to the school has been through his teammates on the lightweight rowing team, many of whom he has never met. Last fall, he took his classes from Oklahoma City with a small cohort of his teammates.

West has since returned to his home in Florida for the beginning of the spring semester and will train and take classes from home. Now that he is back home, he has had the opportunity to look back and reflect on what being away from his classmates has been like.

“It’s lonely to the point where it wears you down,” he said. “You don’t kind of know it does when you eat food alone, you do errands alone, you do homework alone, and so small little things can begin to add up and then one day it just kind of hits you.”

For Weinberger, moving onto campus this spring has left him thinking about how the class of 2024 will come together after many of them spent their first year making connections through a Zoom screen.

“The people who were on campus first [semester] already have relationships from then and the new wave of people that’s coming this spring, we have to figure out how to integrate into that,” Weinberger said. “The tone has already been set in some ways, which is going to make how our class integrates really interesting and stressful as opposed to if we had all just been dumped on campus.”

While classes continue virtually and first-years remain scattered across the world, students like West feel that their connection to Columbia stops at the tag in their Instagram bio.