West Harlem residents were promised an equitable vaccination plan. There are no vaccination sites in their neighborhood

West Harlem residents were promised an equitable vaccination plan. There are no vaccination sites in their neighborhood 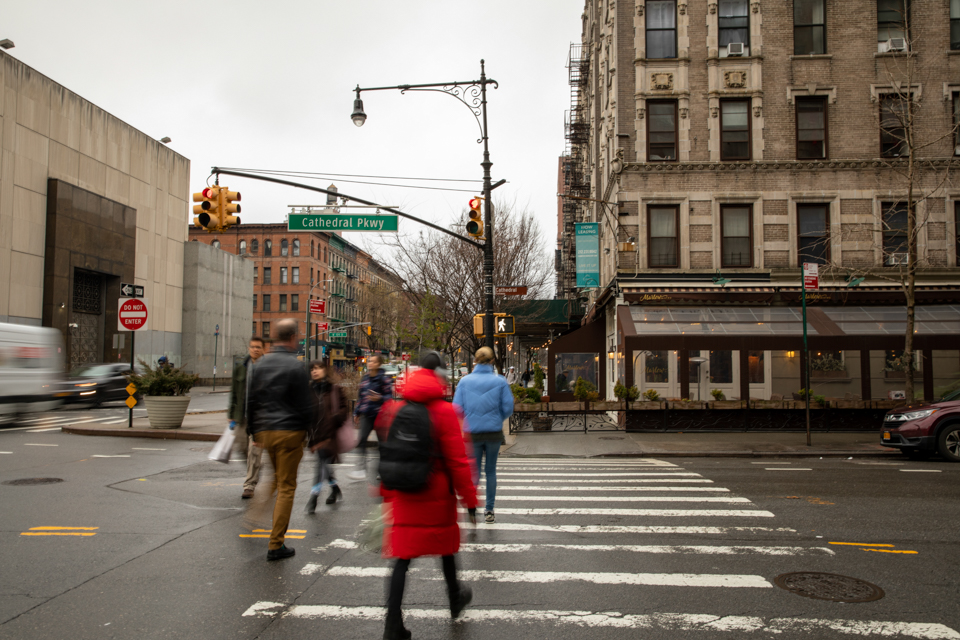 West Harlem residents have no access to vaccination sites within Community Board 9 despite Mayor De Blasio’s promise of vaccine equity.

In December, New York City mayor Bill de Blasio pledged to prioritize neighborhoods that had historically suffered from racial inequity, such as West Harlem, in the city’s COVID-19 vaccine distribution plan. Just over one month later, with the vaccine rollout underway, residents claim that the city has not made good on that pledge, as Manhattan Community Board 9 still does not have a single vaccination site.

De Blasio’s Vaccine Equity Plan promised to integrate racial equity into its vaccine rollout by focusing on 27 neighborhoods that have been most affected by the pandemic, often as a result of historical barriers to quality health care such as segregation, redlining, and systemic racism. The entirety of CB9 is within one of the 27 neighborhoods that were supposed to be prioritized.

Now, many local residents express anger and disappointment that the promises of the racial equity-based COVID-19 vaccine rollout have not been fulfilled.

“They had months and months to identify where they were going to have vaccination sites. They announced that it was going to be done with racial equity and inclusion at the forefront. And, they just plain didn’t do it,” CB9 Chair Barry Weinberg said in the January General Board meeting.

Neighborhoods like West Harlem, which is composed predominantly of low-income Black and Hispanic residents, have historically been shut out of vaccination plans due to inadequate infrastructure and socioeconomic barriers. In addition, experts say that long-standing medical abuse and racism have lowered trust in vaccines among people of color. During the 2009 swine flu pandemic, researchers found that low-income and uninsured residents, as well as racial and ethnic minorities, were vaccinated comparatively less than other groups.

“I want to say it’s an oversight on the part of the city, but unfortunately, there is a long history of the city treating Community Board 9 and Northern Manhattan badly. There is a laundry list of ways in which CB9 has been sort of a dumping ground,” Martin Wallace, co-chair of the CB9 Senior Issues Committee, said.

Monica Dula, a member of CB9, pointed out the disparity in vaccine sites between the Upper West Side and Upper East Side as evidence of the local mismanagement of the crisis. The Upper East Side, which has one of the lowest COVID-19 rates in New York City, currently hosts three operating vaccine sites. The Upper West Side has two, none of which are in CB9.

City councilman Mark Levine, who represents CB9, contended that this regional disparity in vaccine sites stems from the fact that the Upper East Side has more hospitals than the local CB9 area. The only hospital in CB9 is Mount Sinai Morningside. Low-income Black New Yorkers have long suffered the closure of hospitals in their neighborhoods, and 24 hospitals in New York have closed since 2000, most of which were located in Black neighborhoods with large populations of patients who were uninsured or receivedMedicaid.

Dula still remained highly critical of the lack of action from local politicians in addressing these vaccine-related issues in CB9.

“Our politicians do not care about us,” Dula said. “I think the politicians in this community have dropped the ball. There is no concern whatsoever, nothing.”

The lack of vaccine sites within CB9 has especially raised issues for local senior residents, who are among the most eligible to be vaccinated. Many seniors have mobility issues, which makes traveling long distances to vaccination sites difficult. And even seniors who can travel often must do so on public transportation, which poses both monetary concerns and threats of infection to these at-risk populations.

“Seniors can’t always get themselves together that quickly,” Edwards said. “They might need someone to go with them, and they can’t just…jump up and get a vaccine where other people can.”

Wallace says that the lack of local vaccination sites is just one of several barriers that seniors face to get vaccinated. The city, for example, has been posting the majority of COVID-19 vaccine information, advertisements, and scheduling online. However, because many seniors within the district do not have easy access to the Internet, they have been unable to receive current vaccination information.

However, the complicated layout of the online vaccination scheduling system has led Levine’s office to offer members of the community help in navigating it.

For residents, the lack of an accessible vaccination site is especially frustrating given that West Harlem has been disproportionately impacted by the COVID-19 pandemic due to f barriers to access in health care, vulnerability to some of the city’s worst rates of air pollution, and a significant population of immunocompromised residents and essential workers.

“Our community has a lot of underlying issues,” Victor Edwards, second vice chair of Community Board 9, said. “Diabetes, hypertension, [a] homeless population that doesn’t have regular medical care that uses the emergency room as their physician and emergencies, and a large senior population.”

West Harlem has also previously struggled with a lack of accessible COVID-19 testing and increasingly high COVID-19 rates; even as cases spike across the city, West Harlem’s positivity rates remain among the worst in New York City. Edwards cited this as another example in which CB9 residents have been neglected by the city when it comes to the pandemic, recalling how even a mobile testing van skipped over CB9 in its entirety when traveling through Manhattan.

Community members are working to have these issues addressed by the city government and to get vaccine sites established within the district. Levine led his uptown electives in writing to the mayor and health commissioner demanding that sites be opened in the neighborhood.

Likewise, CB9 sent a letter to the health commissioner detailing all of the facts about the local community and providing a list of 30 potential sites for vaccinations, making it clear that the lack of vaccine sites in the district is unacceptable.

As Edwards, other CB9 members, and West Harlem community advocates continue to push for equitable access to vaccination sites in the district, Edwards wants those in charge to remember that all members of the area deserve the same level of access to medical treatment.

“We should be treated and entitled to things that any other community has access to,” Edwards said. “And that includes health care.”