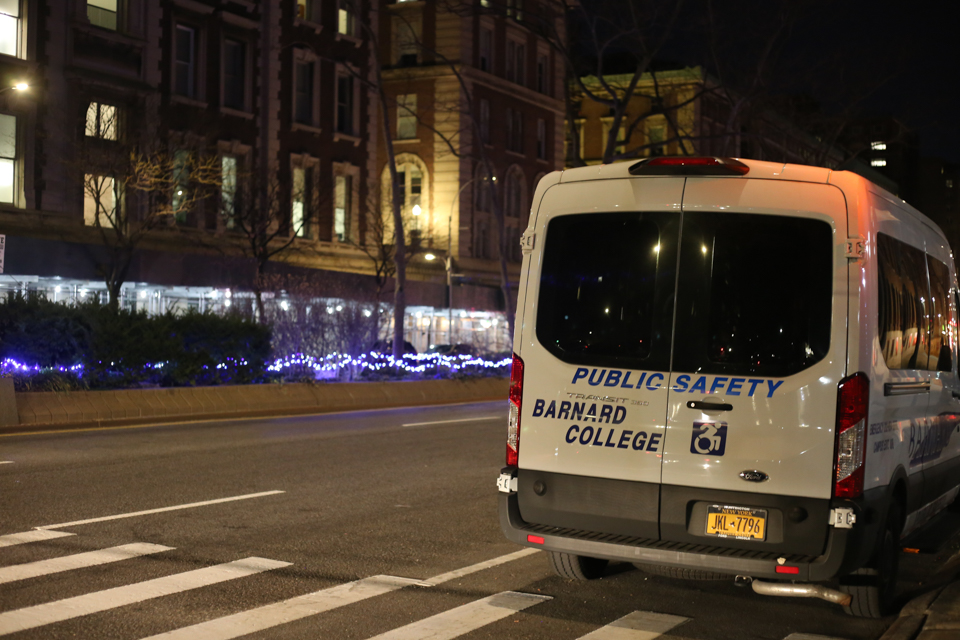 Following the death of Barnard first-year Tess Majors in December 2019, Columbia Public Safety and the NYPD faced calls from local politicians to increase its presence in the area around Morningside Park, which the NYPD did in the immediate aftermath of the incident. However, some students and residents opposed increased policing as a response to Majors’ death, advocating for alternate solutions.

In the months following Majors’ death, the murders of Black Americans at the hands of police such as George Floyd and Breonna Taylor, as well as the nationwide Black Lives Matter protests that followed, ignited a broader movement to reform or defund police departments. On Columbia’s campus, this movement manifested in demands from student groups, most notably Mobilized African Diaspora, to defund Columbia Public Safety and to amend the University’s past and present attitudes toward Black residents in the Harlem community.

Both Columbia and Barnard Public Safety have recently faced continued calls for reform and defunding. Student groups like MAD maintain that the current structure of each institution’s respective department has failed to keep students of color safe. High-profile cases where force was used on students, like that of Alexander McNab, CC ’19, a then-Columbia senior who was forcibly restrained by Barnard Public Safety officers after failing to show his ID, highlight the dangers that many Black students face as they navigate campus.

However, the movement to defund and reform Public Safety has broadened as calls to defund Public Safety were included in a list of demands as part of a tuition strike led by the Young Democratic Socialists of America and a coalition of other student groups. The strike, currently at almost 4,497 signatories, also calls for a 10 percent reduction in tuition, a 10 percent increase in financial aid, and for Columbia to stop its expansion into West Harlem among other demands.

MAD notes that although Public Safety is not officially a law enforcement agency, several of the department’s most prominent figures such as Vice President for Public Safety James McShane and Columbia Director of Morningside Operations Timothy Malin formerly served in the NYPD for 24 and 20 years, respectively, leading to concerns about Public Safety’s affiliation with what MAD calls a “deeply racist institution.”

“A lot of upper-level Columbia admin came from the NYPD. The NYPD [administration] under [former Commissioner] Ray Kelly ... was super punitive, using tons of stop-and-frisk,” said a MAD representative. “[It] was a really terrible time for Black and brown New Yorkers.”

MAD also expressed concern over the uniforms of Public Safety officers. Despite their status as unarmed private citizens, Public Safety’s navy uniforms and vehicles borrow from NYPD norms and evoke the same authority––an authority that according to MAD has all too often entailed racial profiling and unnecessary escalation.

In addition to protecting Black students, women and members of the LGBTQ+ community would also stand to benefit from the defunding of Public Safety in MAD’s demands.

“A huge problem that faces Columbia students is sexual assault … and most of those instances happen … when John Jay Health and SVR don’t have in-person components,” a MAD representative said.

According to MAD’s Demand Letter, the defunding of Public Safety would allow for funds to be reallocated toward, among other things, a social service that would help address the disproportionate sexual violence faced by women, queer, and trans people of color. Additionally, newly-freed funds could be redirected toward establishing an in-person health service that’s available for students 24/7.

YDSA, among the many groups that cosigned MAD’s letter of demands, echoes MAD’s complaints of campus security bias against minorities and its ineffectiveness in addressing sexual crimes. Emmaline Bennett, TC ’21, co-chair of YDSA, also pointed to Public Safety’s deep affiliation with the NYPD and what she describes as a “history of racist policing practices”.

The concerns voiced by MAD and YDSA largely reflect the national conversation about defunding the police that has gained greater prominence since this summer.

Jessica Henry, associate professor in the department of justice studies at Montclair State University and a former public defender, argues that defunding the police can benefit the public in many ways. She argues that in several communities there’s a stark correlation between high levels of policing and inadequate social services.

“Many urban areas that are overpoliced also suffer from a lack of mental health resources and drug rehabilitation programs and quality schools and employment training programs; all of which might really help keep communities safer and free up resources elsewhere,” Henry said.

Henry further argues that defunding the police would potentially satisfy both those seeking greater police protection and those advocating for police reform.

“Solving homicides takes a tremendous amount of resources. You need detectives, and you need forensics, and you need investigators, and a lot of it is talking to witnesses. It's incredibly intensive ... and police, because they've been tasked to do so many other things within the community, they just don't have that level of resource to allocate to solving homicides.”

According to Henry, by restricting police to the investigation of criminal activity, much of a police department’s budget can be reallocated toward social service investments.

“What would happen if we took responding to mental health crisis calls off the table for the police and allocated funding to social service agencies that could better respond to those types of situations? Wouldn't that perhaps result in an increase in investment in things like homicide [investigation] funding and then wouldn't that perhaps resolve more crime?” Henry observed.

In response to student pressure and increased scrutiny of campus policing, Barnard has made changes to its Public Safety organization.

Barnard recently restructured Barnard Public Safety into Community Accountability, Response, and Emergency Services. According to Barnard, CARES will allow for more specialized intervention on matters of physical and mental health and the establishment of an Office of Nondiscrimination and Title IX.

Columbia Public Safety’s changes have been more directed toward increasing campus security and less toward meeting student demands for reform. In the year since Majors’ death, Columbia Public Safety has made a number of long-term adjustments, including improving the evening shuttle service in cooperation with rideshare company Via, creating a new feature on the Lion Safe app called “Friend Walk,” and establishing 24/7 staffing at the guard booths on 116th Street and 122nd Street just outside Morningside Park.

Moreover, according to a report released in December by the University, “Columbia’s commitment to antiracism, and to addressing anti-Black racism in particular, is being carried out at all levels of the University.” The report detailed various initiatives being undertaken by the University to “ensure that [it] can have truly inclusive safety for all who are on Columbia’s campuses.”

While a MAD spokesperson was encouraged by Barnard’s changes, they were not thoroughly convinced that the action was sufficient. Although they acknowledge that the newly unveiled CARES uses “progressive language” in its name, the representative says it’s simply too early to tell if the move is merely “performative” or worth commending.

Bennett, while hopeful that the Barnard reforms mark the beginning of a positive trend, does not feel that Columbia has been as receptive to student demands, citing its unproductive meeting with MAD last semester as being “filled with platitudes.”

Although Columbia University has recently addressed some of the concerns raised by YDSA and MAD, such as divesting from fossil fuels and increased financial aid, it remains to be seen how much of these reforms are actually driven by student activism and how open Columbia truly is to transforming the mission of campus security.