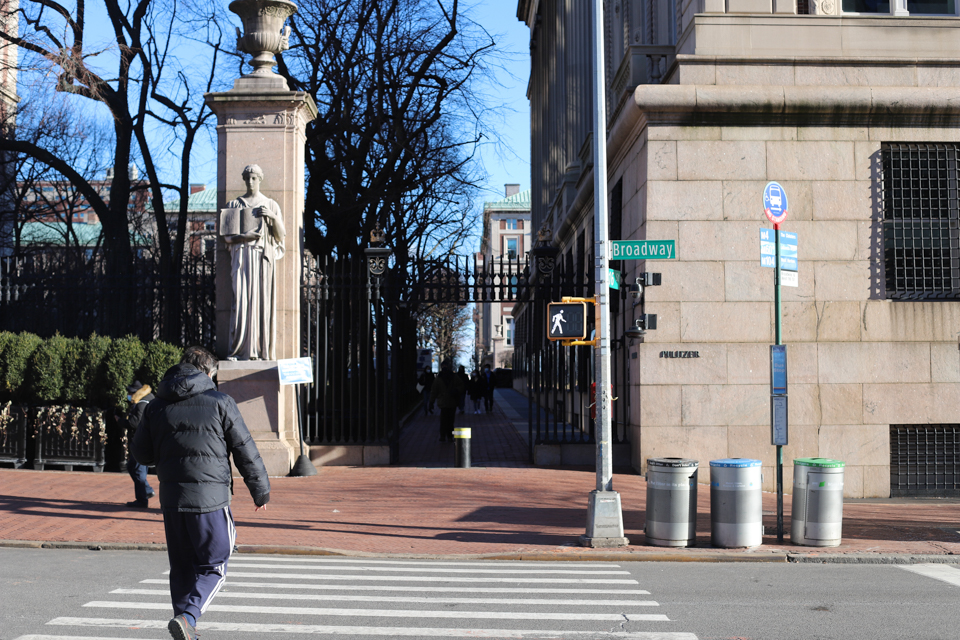 The Office of University Life looked for proposals from both undergraduate and graduate students that had the potential to connect with and educate many members of the Columbia community, as well as carry lasting effects.

Last Thursday, the Office of University Life announced the first recipients of the Racial Justice Mini-Grants: a project funded through a partnership between the Office of University Life, the Office of the Vice Provost for Faculty Advancement, and the Institute for Religion, Culture and Public Life. These grants are to be offered annually and will provide the means for students to share and pursue innovative ideas that aim to address racism, particularly anti-Black racism, within the Columbia community.

The Office of University Life looked for proposals from both undergraduate and graduate students that had the potential to connect with and educate many members of the Columbia community, as well as carry lasting effects.

The program was inspired in part by University President Lee Bollinger’s response to the murder of George Floyd and political movements targeted at anti-Black racism. His letter, which was sent to the Columbia community in late July, discussed multiple steps the University would take to combat racism and prejudice both on campus and in Morningside Heights.

Associate Vice President of Student Life Ixchel Rosal views the grant as an expansion of the Office of University Life’s previous work in this area.

“Since [the Office of University Life’s] inception, issues of racial justice and addressing violence, as you know, is one of the key themes of our work. So in a way, it is continuing the work that we’ve always done. It’s expanding it; it’s deepening it; it’s offering new opportunities for students to again engage with us,” she said.

Their project looks to create a framework for anti-racist pedagogy in language classrooms that will transform preexisting materials and topics in language learning courses to implement anti-bias, anti-racist curricula and teaching practices in language departments across Columbia.

“The focus is on kind of reducing the bias and the reductive aspect of saying, ‘This one individual thing is able to encapsulate the entirety of this very complex, country history, culture, language,’ and giving both teachers and students the tools to engage with the complexity of the content and the materials that we use to teach language,” Moffa said.

The grantees found that the textbooks, language sites, and other cultural materials they’re working with lack an awareness of the diversity and nuance of the cultures in their respective countries.

“The textbook we’re using right now doesn’t do a good job of offering a very nuanced depiction of Italian life,” Sbuttoni said. “It’s a very heteronormative white Italian image that’s presented, and when it does deal with experiences outside of that norm, it does so in a sort of very painting with broad strokes kind of way.”

The group members hope their work can be used across the University’s language departments and are currently working to identify common problems concerning how content is taught and how learning materials are used.

“I think that one common element that can be discussed in all language departments is the issue of accent, so we’re trying to make sure that we’re not designating one type of accent as the correct accent, as this often reifies existing racial and social hierarchies,” Mo said. “We need to make sure that we differentiate very clearly between accents and pronunciation. And that having an accent that differs from the standard, or more prestigious accents, is not incorrect.”

Another grantee turned her attention outward and to Harlem. Sumaiya Zama, a grassroots community organizer and master’s candidate for the Columbia and Aga Khan University dual degree in Islamic studies and Muslim cultures, saw the grant as an opportunity to reinvest in Harlem.

“You know, when I saw this mini-grant, I think one of the first thoughts that came to mind was, if I were to be able to access these funds, I would want to funnel the funds back into the Harlem community and to create some kind of an event that that draws awareness to this fraught relationship.”

Her project, Malcolm’s Worldmaking Practice: Reclaiming his Local and Global Legacy, is a collaboration with the Shabazz Center, a memorial and cultural space that facilitates dialogue about race and social justice in the spirit of Malcolm X and Dr. Betty Shabazz. Through this collaboration, Zama looks to reclaim the narrative around Malcolm X that she believes has been lost to the filter of political correctness.

“I want Malcolm to come alive, from our imaginations and the textbooks that we’ve created and locked and caged him away in, and to actually free him from that and to apply his teachings and who he was as an anti-imperialist, anti-capitalist, Black Muslim man and someone who had radical politics. I would want that Malcolm to be the one that we lay claim to,” Zama said.

Lauren Ritchie, CC ’22, turned her focus inward and chose to work with issues of diversity within her major, sustainable development. Her project, Columbia Climate Conversations, is an extension of previous events she helped organize and combines her passion for climate activism with the need to hear more voices from marginalized communities advocating for these issues.

“Columbia Climate Conversations … engaged the undergrad community a lot more with environmentalism because I think, aside from people who are studying sustainable development, nobody really hears about the Earth Institute, and they’re doing such amazing work. Like, they’re partnered with NASA and stuff like that, and nobody hears about them whatsoever unless you’re white and studying sustainability,” Ritchie said.

Ritchie has often been the only Black woman in her classes and has never been taught by a Black professor. This has often left conversations around climate one-sided and neglectful of the experiences of people of color in places like The Bahamas––Ritichie’s native country––where citizens struggle to adapt to climate change. Through her project, she hopes to open the conversation up to marginalized voices.

“So I don’t want people to go through what I went through with feeling excluded in these spaces, so I’m trying to create as big of a platform as possible for people of color to be able to engage with the sustainability community,” Ritchie said.

Regardless of the content of their projects, all the grantees share the same desire to see what they have started move past them and into the future.

“We kind of envision this as a very fluid and ongoing conversation,” Sbuttoni said. “We’ll have something that people can use now but our idea for this was that the framework would outlive us.”