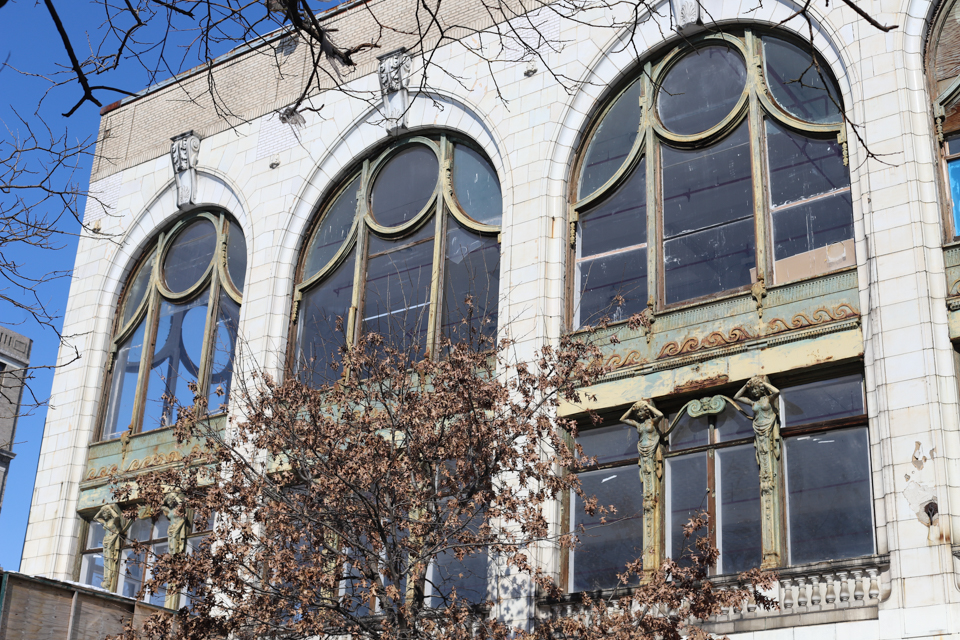 Once an entertainment hub of Harlem, the RKO Hamilton Theater now faces redevelopment. .

Once a lively hub for music and dance, the RKO Hamilton Theater, an ornately decorated building located on the corner of 146th Street and Broadway now lies vacant. Recently, local residents have begun to discuss plans to purchase and repurpose the site for the benefit of the community, with many hoping to redevelop the site into affordable housing and a community arts center. However, the theater’s historical and cultural significance has sparked debate on how to balance the need for development and preserving the site’s historic integrity.

Designed by Thomas W. Lamb, the RKO Hamilton opened in 1913 to host vaudeville performances. In 1929, the theater was sold to Radio-Keith-Orpheum Radio Pictures, Inc. and became one of the first theaters in New York City to show “talking pictures.” Since then, the theater has been repurposed for a wide range of uses—from a soda pop distributor to a boxing ring to, more recently, El Mundo, an all-purpose department store.

As one of the last remaining vaudeville theaters in Harlem, the RKO Hamilton holds great historical significance for the West Harlem community. Some older residents in the area remember when the RKO Hamilton served as a theater, while others, such as Manhattan Community Board 9 Landmarks Preservation & Parks subcommittee co-chair Anthony Carrion, recall some of the site’s other historic uses.

Throughout his time living in the neighborhood, Carrion has watched the theater undergo several transformations. As a child, Carrion used to walk by the RKO Hamilton every day. At the time, it served as a children’s clothing store.

“[As a child], I understood that it was different from other stores because you can kind of feel that you’re in the lobby of some enormous structure, but it’s hard to really comprehend that all this grandeur once had occurred in the neighborhood and been allowed to deteriorate,” Carrion said. 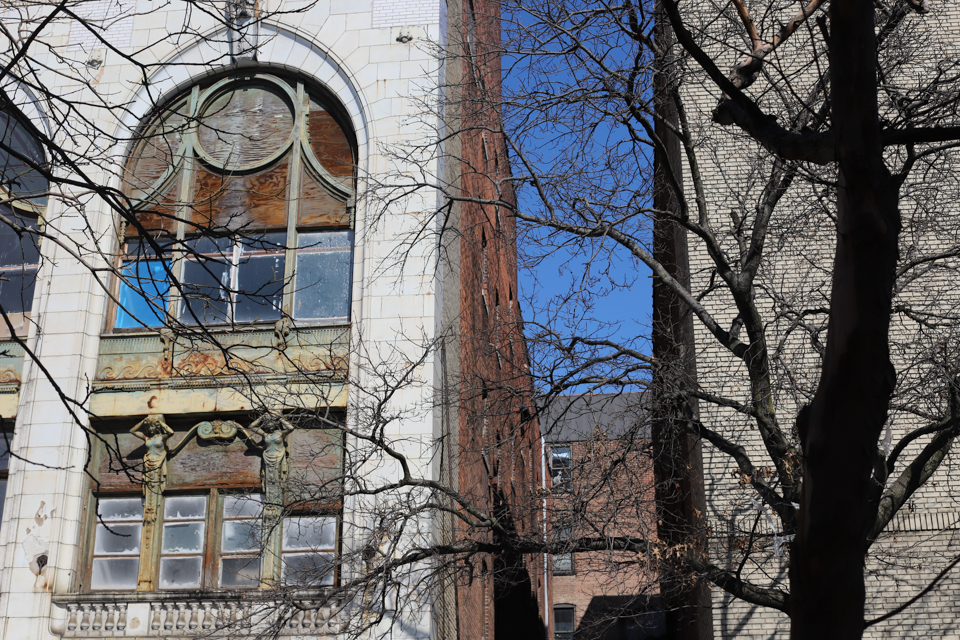 Now, after decades of gradual deterioration, the RKO Hamilton faces the possibility of redevelopment. In 2012, the theater was acquired by Ashkenazy Acquisition Corporation, a multibillion-dollar private real estate investment firm, as a small part of a larger real estate package.

Since the acquisition, the community board and Ashkenazy have discussed possibilities for the site, but little has happened. Community members believe that because the theater is just one aspect of the firm’s broad real estate portfolio, Ashkenazy can afford to adopt a “wait and see” attitude towards the project, according to Carrion.

However, progress slowly began when CB9 Board Member Daniel Marks Cohen, who has an extensive background in affordable housing, found an obscure part of the New York City Zoning Resolution called 74-711 that applies to landmarked assets. This provision allows communities to change the zoning surrounding a landmarked asset.

“None of the standard rules of zoning apply under 74-711. You essentially have a clean slate. You say, ‘We’d like to propose this new zoning standard,’ whatever it is that the community wishes,” Cohen explained.

If applied, this 74-711 provision could provide more possibilities and enormous flexibility to the site in terms of what could be developed. After realizing that the site might be developed under 74-711, the community board held a public forum for residents, where they discussed possible paths forward for the project. Several developers were approached as well and asked to create proposals for the site.

Now, two developers, Brisa Builders and Omni New York, are collaborating on the site’s possible redevelopment. The community hopes to develop the site for various uses, one portion being for a performing arts space and another portion being for residential units, preferably affordable housing.

Under Brisa and Omni’s proposal, the hope is to acquire the corner lobby building of the property from Ashkenazy in order to move most of the affordable housing closer to Broadway. By doing so, the actual theater portion of the RKO Hamilton could be preserved.

The proposed costs for this endeavor would be $20 million to acquire the corner building and another $20 million to rehabilitate the theater. However, if these costs are to be borne by the project itself, the amount of affordable housing in the development would have to be either miniscule or completely eradicated. As a result, the community is looking to arrange political and financial support in order to acquire the necessary funds. Going forward, residents are hoping for government investment in the project, as well as resources from private sectors.

“We have spent, in this city, a lot more money on a lot less meaningful things, or we have wasted a lot of money in the city on things that have not proven to be fruitful, that to try and locate $40 million to build a couple hundred units of affordable housing seems to be a fairly worthwhile trade-off,” Cohen said.

As the potential for the development of the theater heightens, conflict has arisen as residents attempt to balance the community’s desire to preserve this historic site with the need for local affordable housing.

In West Harlem, it is paramount to foster stable, affordable housing because here, the high costs of vacant land and the ongoing COVID-19 pandemic have posed consistent challenges to local affordable housing initiatives. April Tyler, co-chair of the CB9 Housing, Land Use & Zoning subcommittee, believes that it is not realistically feasible to undertake a complete restoration of the theater to its original grandeur. However, within this development, she hopes to respect the historic significance of the site while also addressing the increasing need for affordable housing within the community.

“No one wants to lose the historic significance and diminish the importance of the property for the sake of housing or offices or commercial space. I think we all want to respect all of that, but we do realize that it’s a unique opportunity to build a project that would be very beneficial to the community,” Tyler said.

Likewise, Carrion thinks it would be difficult to acquire the required funding and involvement for a full restoration of the theater. Although ideally, he would hope to preserve the theater in its entirety, he also recognizes the importance of the benefits that community residents could gain from this development.

Michael Henry Adams, a historian and historic preservation activist, appreciates the rarity of having an early 20th century theater with its interior and exterior intact and believes that the diverse and complex history embodied within the structure should be preserved.

Adams was motivated in his efforts to preserve the RKO Hamilton after he witnessed the demolition of the Audubon Theater, the Northern Manhattan site where Malcolm X was killed. The Audubon Theater was demolished by Columbia in 1992 in order to build a biotechnological research laboratory, and Adams was one of those who staunchly opposed Columbia and advocated to save the theater. Throughout Upper Manhattan, in fact, there are many historic theaters that now serve as different sorts of businesses and face the threat of destruction. 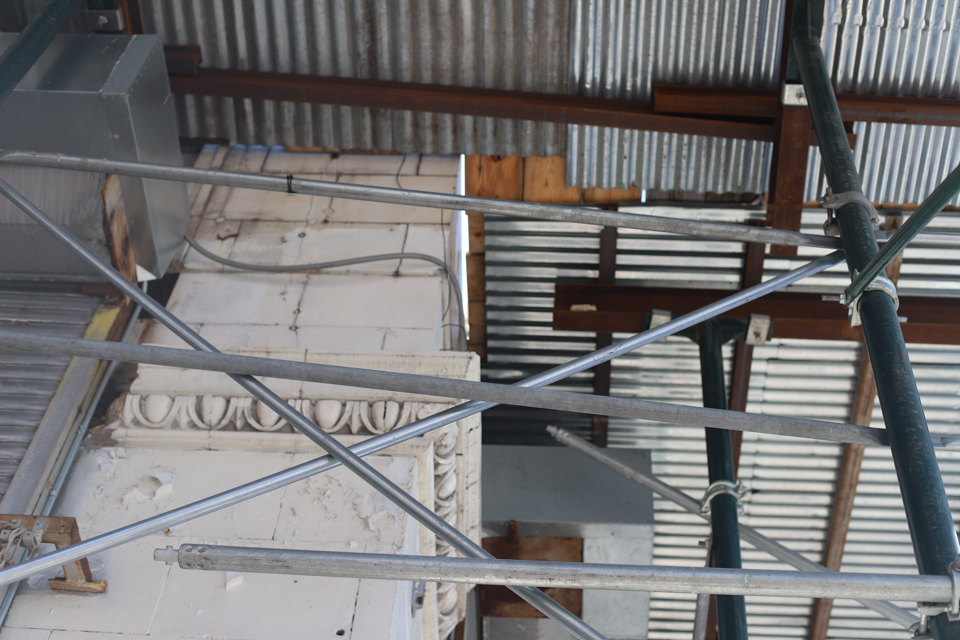 The RKO Hamilton is just one of several endangered theaters. And, as development increasingly encroaches upon the area, many residents believe that historic preservation is a vital part of preserving the West Harlem identity and culture.

“No one ever arrives at their identity without knowing who their ancestors are, so that’s why preserving a sense of place is important not just for preserving the character of the area but also for your identity, your ancestors, your past,” Carrion said.

Many also see historic preservation in West Harlem as increasingly important in the face of the nationwide resurgence of the Black Lives Matter movement this past June after the murders of George Floyd, Breonna Taylor, Ahmaud Arbery, and many other Black individuals. Residents believe that the constant mistreatment of historic sites in West Harlem is symptomatic of the systemic racism that permeates New York City on a broader scale.

“This site, the RKO Hamilton, is not just about preserving this property and preserving this culture and piece of history. It is about righting a wrong that continues to be perpetuated on the people of West Harlem and Community Board 9,” Cohen said.