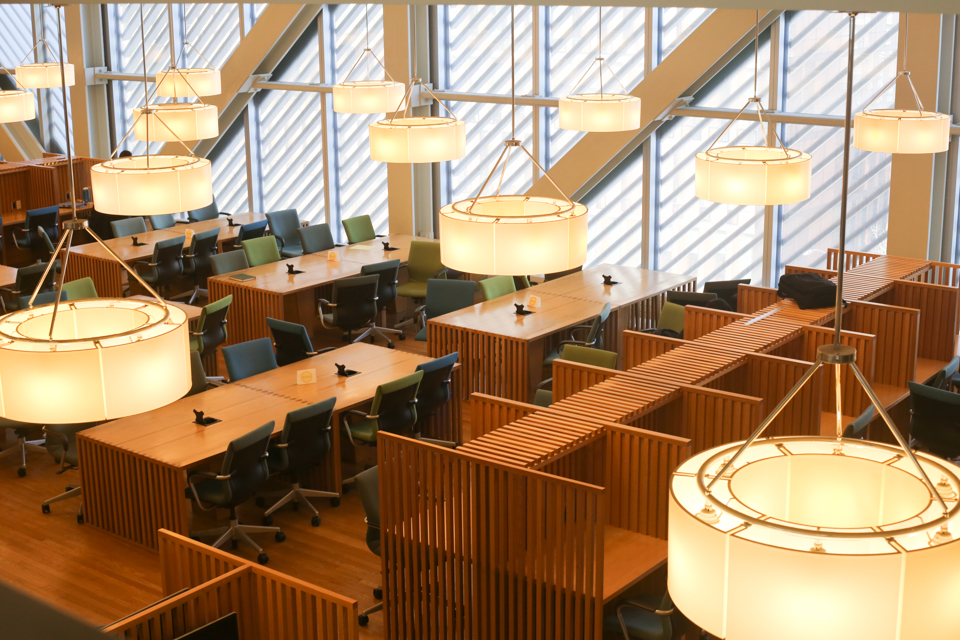 As of 2020, Columbia had 45 scientists and social scientists ranked within the top 1 percent of the most cited researchers in their fields.

Columbia bills itself as a major research university, and one such measurement of this label is the number of paper citations its researchers can claim. As of 2020, Columbia had 45 scientists and social scientists ranked within the top 1 percent of the most cited researchers in their respective fields. By this metric, the University has the 18th largest number of top-cited researchers in the world, according to recognized data by Web of Science.

Citations reflect how many times published research or studies have been referenced in new research or studies. They can indicate scientific trends and popularity within fields of study. The interpretation of these numbers varies based on questions of quality versus quantity, pedagogical values, and the influence of social media on circulating both timely and accurate studies.

Dr. Edward Cook, a highest-cited professor from Columbia’s Lamont-Doherty Earth Observatory, who analyzes the climate through tree ring data, said citations can help researchers with collaboration and funding, and that it furthers connections between himself and researchers at other institutions. On average, researchers with higher citations receive more funding for their work.

“If you publish good papers, and they get highly cited, then it does improve the chances of getting more funding and to collaborate with people,” Cook said. “I collaborate with people all over the world, and a lot of these connections have all come about through the development of writing papers and becoming known for what I’ve been doing. That opens doors that wouldn’t necessarily be that open otherwise.”

Depending on the field and research topic, professors can publish any number of papers within one year. Cook said that, due to his global collaborations, he works on about 20 papers per year. When he first started researching, he said he was publishing two or three papers per year.

Citations, however, can raise the issue of quality over quantity. Cook said the greatest irony with citations is found in comparing the reasons why two of his papers—his 2004 paper on megadroughts and his 1985 dissertation on tree ring standardization––are highly cited. The 2004 paper was among the first to find an important discovery between the climate system and long periods of drought. Meanwhile his dissertation, which has about 400 more citations than the 2004 paper, is cited because it happened to include a computer program that he developed for analyzing tree ring data, which researchers use and cite today.

University Professor Ruth DeFries, who researches sustainable land use and has been cited over 30,000 times in the past five years, said that the number of citations is not as important as the impact of her papers. In her work on Central India, DeFries prioritizes informing science-based decisions.

“There’s so much that is important, but less possible to measure, like, does a paper really influence a decision? That’s very hard to measure,” DeFries said.

While DeFries cannot credit decisions she has made in the field to any one paper, she notes that each paper “contributes to the overall understanding about a topic.” The Indian government, for example, has increasingly recognized the benefits of alternative cereals.

“You wouldn’t want a decision to be made on the basis of any single paper,” she said. “Science works by collective knowledge.”

As professors, writing papers serves a dual purpose: to publish important work, and to train the next generation of scientists.

Chemical Engineering Chair Jingguang Chen teaches undergraduates and works with Ph.D. and postdoctoral students in his lab. With his lab group, he estimates that he publishes 20 papers per year and has been cited over 1,000 times since January. He discusses each outline with his students and has them write the first drafts. Several rounds of drafting follows, where he gives additional feedback on both writing technique and substance.

“Professors are educators,” Chen said. “Other things come along, like citations or awards, but you can’t forget the priority. We are educators, and writing a paper is an education process for students.”

Social media has increasingly become another factor in determining the impact of studies. Twitter has especially become a major platform for sharing research findings. The main benefit of social media is that scientists can share important research immediately; however, this poses its own issues, as research can often be shared before it has undergone the lengthy peer-review process.

Dr. Donna Farber is a professor and immunologist in the department of microbiology and immunology. Her lab looks at human immunology and antiviral immunity, particularly in respiratory viruses, and recently has been conducting COVID-19 research. She is a highest-cited researcher in her field and completed a study on antibody responses to COVID-19 in children and adults spotlighted in the New York Times.

Farber not only writes papers, but also helps review them. She said that especially during the pandemic, the immunology community has felt a need to speed up the review process. Throughout the pandemic, she has discovered new papers on Twitter as researchers work to communicate time sensitive data.

Social media can quickly spread information from a study and help gauge public opinion. Being highly cited communicates a different kind of message, according to Farber, which is how groundbreaking a study can be for the future of the field. Since citations accumulate over time, highly-cited papers indicate years-long trends and studies that have been reproduced and reconfirmed by the scientific community.

“Citations are based on the scientific literature and how much it is cited and how long it is cited, and that will continue to play a role,” Farber said. “I think Twitter, that’s more short-term. That may affect citations initially, but it will not probably in the long term because, in the long term, it’s going to depend on how fundamental that finding is.”

Similarly, according to Chemistry Department Chair Tomislav Rovis, the trend toward publishing findings on social media can mislead readers on the complexities of the science.

“If we fire it off in cloudbytes, headlines, or Twitter-digestible content, how do you really get nuance in 280 characters?” Rovis said. “We spread scientific information sometimes so quickly that people comment on it, and the herd mentality gets [to be] an issue.”

Even so, Rovis, who is top-cited, said he does not think about citations when he conducts his research, and he is not alone. Physics Department Chair Dmitri Basov has written 294 papers and has been cited 35,000 times across his career, but he said what motivates him is the quality of his experiments.

“High citations cannot be a goal of research. It’s not a goal at all,” Basov said. “It’s one of the attributes of really impactful papers, but that’s not what we are thinking when we write papers and are doing experiments. We have this privileged job description to make discoveries on a daily basis, so that’s what thrills me and most of my colleagues.”