Much of West Harlem is still intact. To keep it that way, the community looks toward landmarking

Much of West Harlem is still intact. To keep it that way, the community looks toward landmarking 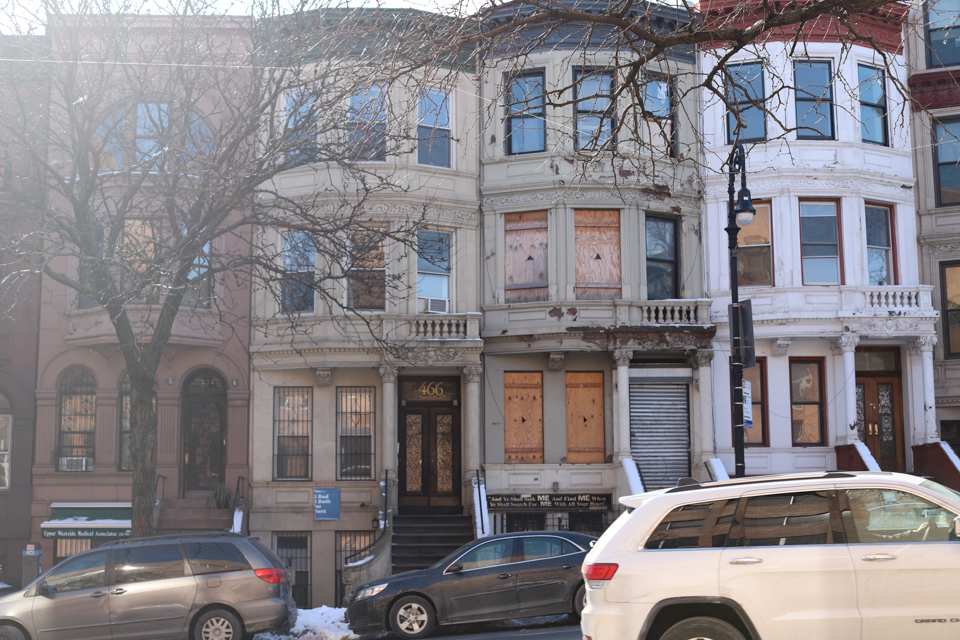 Due to the developments driven by Columbia, West Harlem has piqued the interest of investors and developers in recent years. However, much of the neighborhood’s original architecture remains intact. In an effort to curtail rapid change in the neighborhood and preserve its history, local organizations are working to designate the West Harlem Historic District.

The district would be between 135th Street and 155th Street, delineated east by Amsterdam Avenue and west by Riverside Drive. Within the 40-block span sit 900 buildings, many of which contain a lot of local history. The process of historical preservation and landmarking is vital to preserving the neighborhood’s character and architectural history, according to Anthony Carrion, the co-chair of the Landmarks Preservation & Parks committee of Community Board 9.

“The architectural history in this neighborhood is tied to our ancestors here in Harlem. … There are many historical figures who are intimately tied into the fabric of this community, and part of that is through the architecture. Preserving the architecture preserves that memory and their legacy,” Carrion explained.

Yuien Chin, the executive director of the West Harlem Community Preservation Organization, echoed this sentiment. “With the landscape across Harlem changing—and not looking much like Harlem, but more like any other city in the USA—we thought that there was some urgency to protect certain sites and areas,” Chin explained.

The West Harlem Community Preservation Organization is spearheading this effort, with the help of consultants, CB9, and community input. There are two key steps: historic district designation through the National Register of Historic Places and landmarking through the Landmark Preservation Commission.

The NRHP is a federal program first implemented in the 1960s that is intertwined with the State Register of Historic Places. In New York, this process is done through the Office of Parks, Recreation, & Historic Preservation.

The WHCPO began this process in 2018, when it presented a survey consisting of preliminary research to the state in order to determine whether West Harlem would be eligible for historic district designation. West Harlem was determined eligible, meaning that the state is interested in listing it, provided that the WHCPO makes a case through historic and architectural research, according to Bill Morache, GSAP ’14 and the consultant hired by the WHCPO to petition the state agency. He hopes to have the final application ready in August.

Securing a place on the National Register is largely an honorific certification process for historic buildings. This certification gives the community access to specific grants meant for historical preservation as well as tax credits for rehabilitating historic properties.

“There are really no strings attached unless you use it to leverage the incentives provided through it,” Morache explained.

The Landmarks Preservation Commission, however, has a completely different process and outcome. Receiving LPC designation would mean preserving the historical and architectural integrity of the neighborhood. Certain rules about architectural guidelines would be set, and any major changes made to the style of buildings in the area would have to be approved by the city commission. This is the designation that would likely prevent out-of-scale developments from being built in the district.

Receiving LPC designation is a seven-step process, which includes public hearings and multiple rounds of voting by various city entities. The WHCPO submitted a request for evaluation to the LPC a few months ago and is awaiting its response. In an attempt to speed up the process, the West Harlem Historic District is being reviewed in two sections, one north of 145th Street and another south of it.

Though the WHCPO is still quite early in the process, it is committed to seeing it through and hopeful that West Harlem will receive the historical district and landmark designations.

Community input is very important in the process of receiving LPC designation, and this is where Community Board 9 has had a role. In its January meeting, the board signed a letter of support to be presented as part of the materials for the LPC.

However, amid the multiple projects and steps happening simultaneously, some residents are concerned about losing sight of the individual character of the different neighborhoods within the district.

Maritta Dunn, the co-chair of the economic development committee of Community Board 9, expressed concern about the historical significance of Sugar Hill not being preserved.

Dunn explained that as the oldest member of the community board, having joined in 1993, she has a different understanding of West Harlem’s history. In her lifetime, Sugar Hill was the area in which highly educated and affluent Black residents were forced to live through segregation.

With the removal of Sugar Hill from official maps and its exclusion from the petitions to the NRHP or the LPC, Dunn feels that Sugar Hill’s history is being erased. In an effort to preserve  history, she feels it is important to truly pay homage to Sugar Hill’s complexity.

Despite this concern, Dunn agrees with Chin, Morache, and Carrion that receiving landmark status is important and should be pursued.

“Development can help the growth of a community, but it can also destroy a community, if planning is not done in a sensitive and appropriate manner, and that is what’s happening now. Developers are coming in and completely destroying the community,” Chin said.