Rebuilding the canon: Columbia professors push for diversity in their syllabi

Rebuilding the canon: Columbia professors push for diversity in their syllabi 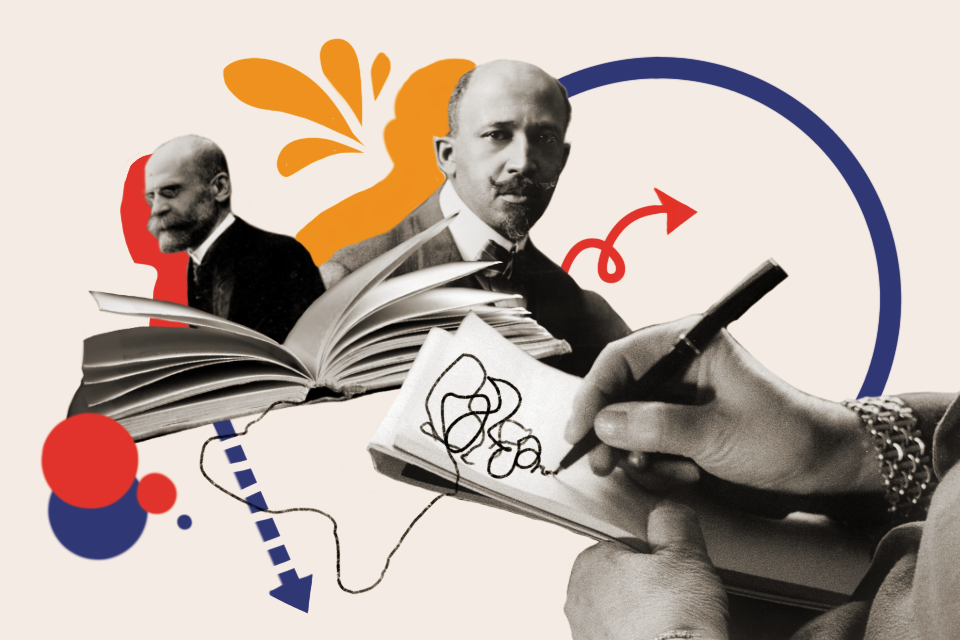 As racial tensions in the United States rise, educators at Columbia are inspecting and restructuring their syllabi to form more diverse canons.

As conversations around the persistence of anti-Blackness in American institutions continue to grip the country, some professors at Columbia are seeking to address the lack of diverse representation in their respective fields. Questions regarding which scholars belong in academic canons have long been prevalent at Columbia, especially as they relate to Columbia College’s Core Curriculum. Additionally, Columbia and many of its peer institutions have separated diverse scholarship from established departments and created newer departments and programs that focus on race and ethnicity studies.

Last summer, the murder of George Floyd led to the resurgence of nationwide Black Lives Matter protests and brought national conversations surrounding racism, specifically regarding police brutality, mass incarceration, and other forms of systemic anti-Blackness, to the forefront.

In Columbia’s Commitment to Antiracism, University President Lee Bollinger committed to address the University’s history of anti-Blackness and exclusion by an “active agenda of antiracist work, both longstanding and new, related to curriculum and pedagogy.” Now, with heightened awareness around the lack of Black representation in academic disciplines, some professors are addressing longstanding patterns of neglecting Black scholarship in their syllabi.

Many professors have taken stock of the historical figures that University classrooms previously focused more heavily on and are restructuring their syllabi accordingly—and even the canons of their fields of study—to include more historically marginalized voices. A canon refers to the collection of foundational rules and texts within an academic discipline that are considered to be the most influential to the discipline’s development. Historically, the scholars that are considered “canonical” are white, European men.

“I think that academia, and especially an elite Ivy league institution, is imbued with all kinds of influences of Western supremacy, white supremacy, classism, all of these things that we’re interested in critiquing, unpacking, dismantling,” said Becher. “Who is in our canon, the fact that these are highly educated Western European males, just starts to tell you that this is the case even more.”

In recent years, however, Becher expanded her syllabus to include W.E.B. Du Bois, a Black American sociologist active in the early-to-mid 20th century. As a sociologist for the U.S. Bureau of Labor Statistics, Du Bois’s study of Black households in Virginia uncovered the enduring impacts of slavery on southern Black life. In academia, Du Bois is most famous for his assertion that race is a social construct and for his theory of double consciousness, which puts forward that Black Americans must dually consider their own identities and the identities prescribed to them by white people.

“I was pretty nervous, not just about introducing Du Bois, but about lots of things about teaching at the time ... I was just worried about what do I say and what do I not say and how is it perceived and all the feelings of the students being a part of this change. It felt very charged. But it is, it’s a racially charged moment,” said Becher.

Sarah Pérez, GS ’21 and a sociology major currently enrolled in Becher’s Social Theory course, came into the class eager to learn from a more diverse range of identities.

“I think that including W.E.B. Du Bois is a way to acknowledge the cultural climate in the country right now and a way to say there is hope. Actions speak louder than words, and to see somebody actively trying to include voices that are incredibly relevant to the field and making good on those promises for diversity is so necessary right now in this current moment,” Pérez said.

Canon formation can be an iterative process. According to Gale Kenny, an assistant professor of religion at Barnard, the figures and texts that are considered “canonical” in a field are often the product of years of pedagogical reproduction.

“[Canon formation] partly has to do with institutional power and the ways that scholars train graduate students,” said Kenny. “You learn certain books when you’re in graduate school that are the important books, and then those become the books that those students then uphold as important. So there’s a kind of genealogy there in terms of how faculty are trained and that, I think, helps maintain a canon over time.”

Bailey Brown, GSAS ’20, graduated from Columbia last year with a doctorate in sociology. Her dissertation research used qualitative methods to understand the intersection of urban poverty, education, and family well-being. Looking at her graduate experience, Brown noted long-standing patterns of presenting theorists as “premier” and falling into a “process of reproduction” wherein the position of primarily white, European canons are rarely challenged.

“In order for that to change, there has to be some disruption,” she said. “Higher education continues to be unequal in a lot of ways. I think that it takes effort in order to make that switch happen.”

As an academic, Brown sees the practice of syllabus restructuring as an essential pedagogical tool in her career and one that has to include a holistic review of the discipline.

“I found that when I create syllabi that are more inclusive, that are more representative of different voices, that it encourages conversation in ways that sometimes just focusing on one voice cannot,” said Brown. “This needs to be a more concerted effort to make sure that the syllabi across these classes reflect [different voices], and that it’s not just in a class on the social construction of race or race and ethnicity where you’re getting those scholars, but across the curriculum.”

Considering the nature of canon formation, today’s conscious syllabus editing will set the stage for what is considered canonical tomorrow. Brown—who plans on teaching at Spelman College, a historically-Black women’s college in Atlanta in August—believes these efforts will have tangible and permanent impacts on academia at large.

Ellen Morris, an assistant professor in the Barnard classics and ancient studies department and the director of graduate studies for the classical studies graduate program, is teaching a new class this summer called Ethnicity, Race, and Power: East Africa in Antiquity. Her decision to create a new course that focuses on race—which is nontraditional in the study of classics—came as a response to conversations surrounding systemic anti-Blackness during this past summer’s protests.

“....discussion of race and ethnicity [have] been something that comes up in classes that I teach but that I have previously not centered,” said Morris. “This course is trying to think about certain points in history ... where you can really think productively about the way that race and ethnicity are being cognized,” Morris said.

These questions of canon restructuring come at a time of pointed racial tension in the United States. For many, the political backdrop made the decision to reevaluate syllabi even more necessary.

“This has been such a reckoning point for a long time ... but it felt much more urgent with Black Lives Matter,” said Morris. “I decided to teach it certainly not because I consider myself an expert in thinking about it, but because I want to think about it together, as a community.”