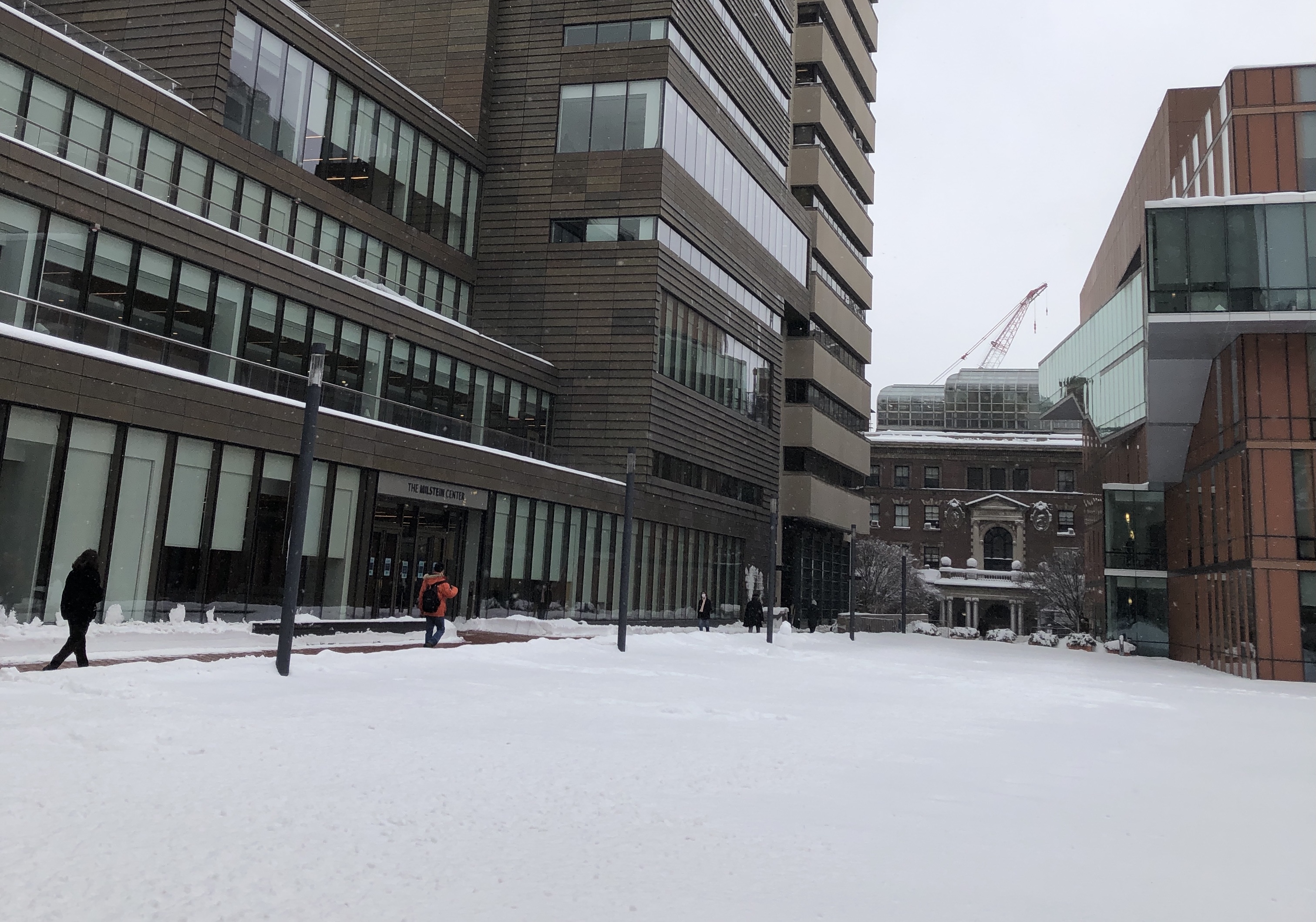 Barnard’s initiative invited students and faculty to read, annotate, and cite selected texts in a database that were written by Black Barnard professors to encourage their use in the classroom

“Breathe in through your nose and out through your mouth. Let’s go into this with a powerful collective intention.” Alexandra Watson, a First-Year Writing lecturer at Barnard, said as she led a Zoom call in a breathing exercise. With its participants newly focused, the Cite Black Barnard Faculty Cite-a-Thon began.

On Tuesday afternoon, Watson ran the Cite Black Barnard Faculty Cite-a-Thon with the support of the provost’s office. Barnard’s initiative invited students and faculty to read, annotate, and cite selected texts in a database that were written by Black Barnard professors to encourage their use in the classroom. The project seeks to disrupt a broader pattern of neglecting Black scholarship in curricula, canons, and academic writing.

The event was inspired by the Cite Black Women Collective, a campaign launched in 2017 that aims to “critically rethink the politics of knowledge production by engaging in a radical praxis of citation that acknowledges and honors Black women’s transnational intellectual production.” The campaign calls upon everyone, but especially academics, to reflect on how the work of Black female academics is often overlooked.

Citations indicate how many times an individual’s work has been referenced in new studies or research and are often used as a metric for the impact of a paper. Citations generally correlate with increased funding and collaborative success for future papers, but the value assigned to the number of citations a researcher can claim varies immensely.

For emerging fields and subfields, works that are heavily cited often begin to make up the canon. In academic canons—which consist of works that are considered foundational in contemporary scholarship, classrooms, and academic discourse—Black scholarship is often neglected. Currently, academic canons across disciplines are primarily composed of works by white, Western authors. Abosede George, an associate professor of history and Africana studies at Barnard, attributes this current lack of diversity to “inertia.”

During the Cite-a-Thon, participants actively took part in highlighting the work of Black scholars as they annotated the potential uses of the various texts and resources in the Cite Black Barnard Faculty database: They were flagged for demonstrating exceptional academic or literary writing; an interesting perspective on race relations; or the ability to be used as an object of literary analysis. Watson hopes this database will serve as a “practical tool” to help professors diversify their curricula.

[Read more: Rebuilding the canon: Columbia professors push for diversity in their syllabi]

Though the Cite-a-Thon was a one-time digital event, Cite Black Barnard Faculty is an ongoing project that is “designed to recognize the contributions Black Barnard faculty members have made to scholarship, public intellectual life, and the arts” and is meant to fit into a broader project of engaging conversations around diversity at the college.

“The college is continually working on representational diversity in scholarship as well as in hiring through the Opportunity Hiring Pathways initiative, the Anti-Racist Pedagogy institute, mini-grants dedicated to inclusion in the classroom as well as numerous workshop for faculty offered through the Center for Engaged Pedagogy,” said Ariana González Stokas, Vice President for Diversity, Equity, and Inclusion.

Watson hopes that this resource helps professors who are looking to diversify their course materials overcome the barriers potentially preventing them from challenging already established canons and curricula.

“This comes up a lot in our faculty development is, ‘How do I include more voices in my curriculum, underrepresented voices, more voices from writers of color?’” Watson said. “It’s not always easy to change around your syllabus and your curriculum when you have things kind of established.”

To remedy this, Watson is planning to distribute the Cite-a-Thon’s database within Barnard to make these resources accessible across departments. She also predicts that the Cite-a-Thon will inspire individual citation efforts: “Just getting the resource developed encourages other people to write their own annotations,” Watson said.

In generating this database of marginalized voices, Cite Black Barnard Faculty aims to catalyze a more radical shift in the academic canon. Questions of representation in academia have long been present across the University as they relate to Columbia College’s Core Curriculum. Additionally, many elite institutions like Columbia have exhibited a pattern of separating diverse scholarship from established departments and creating new departments that are centered around race and ethnicity.

According to George, some scholars argue that the works comprising the current canon have proven their permanent, unquestionable value in academia. However, George calls this “supremacist thinking.”

“I have always tried to make the material that I teach feel like it reflects the possibility of the canon, rather than something fixed about the canon,” Watson said.

In order to address any inherent flaws or racial biases in knowledge production or canon-building, Watson stresses that students and faculty must first acknowledge that academia is heavily rooted in white supremacy.

“The first step seems to be to sort of uncover, and sort through, [and] untangle all of the entanglements with white supremacy that the institution [of the canon] holds, just by nature of its foundation,” Watson said. “And I hope that this momentum carries us to actually change practices and bring anti-racist work into the heart of what we do so that it really informs every decision that we’re making.”

Even if this conversation has yet to produce drastic shifts in the diversity of the academic canon, George encourages students not to worry about making “a major kind of visible transformation.” Instead, she urges academics to question both the texts and resources that they value and those that they do not.

“The act of questioning alone is so disrupting … [it’s] such a break in the hegemony of white supremacists’ thought,” George said. “Hold onto that question and continue to develop that critical lens.”

Ultimately, initiatives like Tuesday’s Cite-a-Thon are only the beginning of a new conversation about representation in academia.