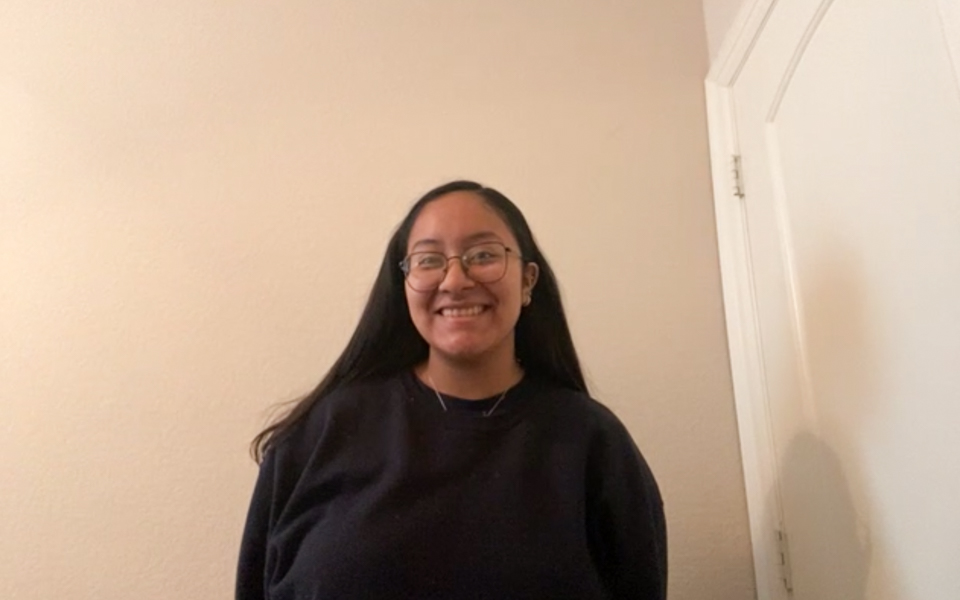 Alondra Carmona will be starting her first year at Barnard College this fall.

Ever since the ninth grade, Alondra Carmona had dreamed of attending Barnard College. When she first heard that Columbia had a sister school right across the street, she looked into Barnard’s campus and programs and immediately fell in love. Nearly four years later, she was elated to read the word “Congratulations” when she checked her application status. However, her celebrations were soon tempered by doubts about being able to afford her tuition.

Because of an ankle injury last spring, Carmona’s mother, a single working parent, was left unable to work.  Financial circumstances were further complicated by the onset of the pandemic in March. Earlier this month, Carmona learned her mother was two months behind on rent. Faced with an impending eviction, she offered her college savings to cover the bill.

“At first my mom was hesitant to take the money from me but I knew she needed help,” Carmona said. “I just had to accept it. I’m not even going to be able to go.”

When Carmona contacted Barnard’s financial aid office earlier this year to appeal her financial aid package, she was told her grant could not be adjusted.

“I started crying during the call,” Carmona said. “You work hard, you do everything you’re supposed to do, you get in and now you can’t pay for it? I was just so sad.”

When trying to explain over email that her mother was out of work for nearly a year, she was disappointed to receive curt responses from the financial aid office.

“I just felt really bad because I needed help and I felt like they weren’t helping,” she said.

On Feb. 9, she created a GoFundMe page that was originally meant for friends and family to contribute to to make up for the college savings she had given her mother.

Although the original goal was set at $75,000, Carmona only expected to raise about $5,000. To her surprise, the GoFundMe page quickly circulated through news stories and social media, garnering the attention of strangers who helped her raise $171,255 and counting.

“Every school has been hit by the pandemic,” said Carmona. “I know Barnard is this super small school and they don’t have a lot of money to give. I understand, but I should’ve gotten more help with the financial aid situation.”

Across the country, many other college students and their families are also struggling with finances, just like Carmona and her mother. In response, several colleges and universities such as Princeton University and Georgetown have reduced tuition. Despite classes being virtual and having limited student capacity on campus, Columbia and Barnard have only set tuition freezes for the 2020-21 academic year. Both schools remain some of the most expensive colleges in the nation, with Columbia’s tuition at $58,920 and Barnard’s tuition at $55,781.

Despite various first-generation low-income programs for Barnard students, the income gap between low-income and wealthier families remains considerably wide. In Barnard’s class of 2024, 62 percent of students were deemed able to pay full tuition.

When Carmona starts her first year at Barnard this fall, she hopes to study neuroscience and Latin American studies. Because of the support of friends, family, and strangers, Carmona feels confident that she will be able to attend Barnard in the fall.

“I think I’m good to go to Barnard.” She smiled and reflected on the unexpected overflow of donations she received: “It’s just all so crazy—all the support.”