Residents push back against construction of methadone clinic, claim Harlem is oversaturated with clinics

Residents push back against construction of methadone clinic, claim Harlem is oversaturated with clinics 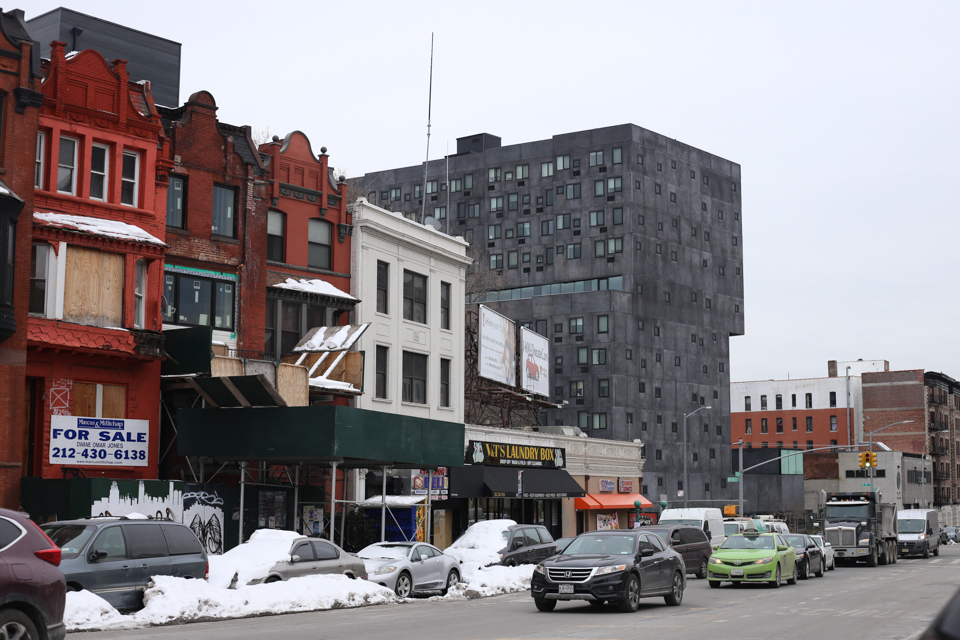 Despite residents’ claims that drug addiction rates in West Harlem are low, a methadone clinic is being built on 145th Street, near a public school and other youth-oriented buildings.

In response to claims that Harlem is overburdened by drug-addiction rates and overdoses, a methadone clinic is being built on 145th Street and Amsterdam Avenue in West Harlem. However, community members argue that this clinic is not needed in the area.

Methadone clinics are often outpatient forms of care that provide medication-based therapy for individuals addicted to opioids. Patients at methadone clinics receive controlled amounts of methadone to both prevent opioid withdrawal symptoms and block the effects of opioids on users. While this is not a cure for addiction, it is often cited as an effective form of treatment within a more comprehensive rehabilitation program. The 145th Street methadone clinic will be primarily paid for by a patient’s Medicare and Medicaid funding if they do not have private insurance.

The program will be run by Argus Community, a New York-based organization whose mission is to help disadvantaged communities battle drug addiction. Originally, the clinic was meant to be built on St. Nicholas Avenue and 146th Street; however, after significant community pushback, residents thought the clinic was not going to be built at all. Nevertheless, the location was simply moved to 145th Street at the former site of the Phase Piggy Back Inc. Adult Resocialization Unit, which was previously a rehabilitation center. Miriam Aristy-Farer, the co-chair of the Health & Environment Committee of Community Board 9, says there are 19 methadone clinics in Manhattan, with two of them on 124th Street.

CB9 sent a letter to both New York state and the organization in May asking to meet with community members to understand their point of view and consider changing its plans, but the board received no response. Thus, residents do not know where in the process the development is and feel that they have no means of making their voices heard, especially as concerns still loom over whether this facility is necessary for West Harlem.

According to Aristy-Farer, community leaders met with the Department of Health, the local precinct, and local hospitals to discuss whether there was a need for another methadone clinic. “Per all the entities we spoke with, we had one overdose in the year in our community. Obviously, we don’t have a raging opioid drug problem,” Aristy-Farer said.

Shawn Hill, a co-founder of the Greater Harlem Coalition, analyzes and searches for trends in data given by New York State’s Office of Alcoholism and Substance Abuse Services. According to Hill, Harlem’s population accounts for 4.3 percent of all New Yorkers, while Harlem contains 6.9 percent of all New Yorkers in Office of Addiction Services and Supports-certified opioid treatment. However, Harlem has 19.1 percent of New York’s opioid treatment facilities.

Harlem does not appear to be facing the severe opioid drug problem that a new methadone clinic suggests. Hill pointed to the fact that Harlem is oversaturated with addiction centers due to practices of medical redlining, not because of demonstrated need.

Further, both Hill and Aristy-Farer pointed to the fact that methadone is a form of treatment primarily used in lower-income communities. It requires daily dosage and is a lifetime commitment, as opposed to other opioid treatment programs like suboxone and buprenorphine, which do not require such frequent upkeep and are more commonly used by whiter and wealthier communities. For methadone, once patients are registered with OASAS, they must commute to their provider six days a week from Monday to Saturday, and at the end of the week, they receive a take-home bottle of methadone. Moreover, providers get reimbursed every time methadone is used, making it a quick process for their economic gain.

Despite the data to show that there might not be a need for the clinic in the area, there are multiple reasons why the 145th Street location might be attractive to the developers, one of which is the cheaper property prices in West Harlem. Moreover, 145th Street is considered a transportation hub, easily accessible by both the 1 Train and the A/B/C/D line.

However, some residents have concerns that a methadone clinic built in the area might bring both drug dealers and individuals with opioid addictions to the neighborhood who might not otherwise reside in the area. Aristy-Farer explained that she has seen this happen in East Harlem, particularly around 125th Street and Lexington Avenue, which has multiple treatment facilities in the vicinity. She noted that historically, such a shift makes the area less safe.

This is of particular concern to residents in West Harlem because the clinic is to be built on the same block as a public library, across the street from a Head Start, near the Boys and Girls Club of Harlem, and within walking distance from four schools. These are all locations frequented by children in the neighborhood.

Shaneeka Wilson and Deirdre McIntosh-Brown, the co-chairs of the Youth, Education, and Libraries Committee of CB9, discussed the impact that such a clinic might have on youth in the area, where kids would potentially be surrounded by drug dealers. Wilson believes that drug usage, addiction, and dealership are not something to show Harlem’s youth.

“That’s not something that we necessarily need to show them. Obviously, life is not always pretty and perfect, but it doesn’t need to be right in their face,” Wilson said.

Furthermore, CB9 wants services that are specifically targeted to the community, as many of the patients at Harlem methadone clinics do not come from Harlem. Instead of a methadone clinic, CB9 wants to see holistic family care with an understanding that individuals with addictions have an impact on their entire family. Specifically, the community board would want wraparound services that holistically treat addiction rather than a clinic that can only address part of the problem.

“There’s big talk about social equity and justice, post-COVID, and with Black Lives Matter,” Aristy-Farer said. “And here we are, a perfect example of no social justice and a lack of equity. Because our rent is cheaper, because we are a Black and brown community, [they] just put the facilities in [our] backyard.”