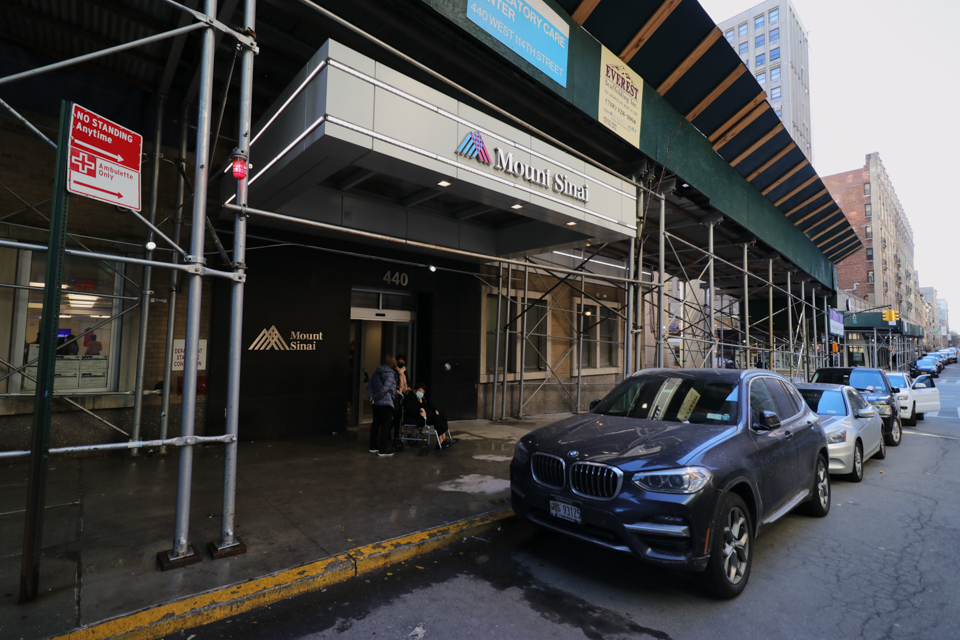 A new federal rule went into effect at the beginning of this year stating that all hospitals operating in the United States have to release clear information about the prices of their services, allowing customers to review the potential costs of treatment before receiving it. However, hospitals in New York City have made slow progress in implementing these new requirements.

The regulation states that every hospital is required to list its information both as a “machine-readable file” that includes all items and services and in a display of “shoppable services” for consumers. The implementation of these two new formats is part of an ongoing effort to demystify the often confusing costs of health care and to help Americans make more informed decisions. An investigation by Gothamist found that out of six major New York hospital systems, only one had fully complied with the price transparency rule. Mount Sinai Health System—which oversees Mount Sinai Morningside, the only hospital in Community District 9—did not appear to meet any of the rule’s requirements as of Jan. 18.

Lawrence Bartlett, an adjunct professor of health policy and management at the Mailman School of Public Health, discussed the history behind this new policy and why hospitals might be slow in implementing it. The regulation, mandated by the Centers for Medicare & Medicaid Services, had already been in the works at least one year ago during the Trump administration. However, it was met with fierce opposition from the American Hospital Association who filed a number of lawsuits against the final rule, including the requirement for hospitals to reveal the rates they negotiate with individual insurers.

“There was a hope for some period of time on the part of the hospitals that they would win in court, and that didn’t go their way,” Bartlett said. “So it doesn’t shock me big-time that hospitals have not yet gotten up to speed. They may be slow in doing this because I think they were hoping it would go away.”

Hospitals could also be reluctant to implement the rule because it is not beneficial for their operations. Julius L. Chen, an assistant professor of health policy and management at the Mailman School, cited the added administrative burden for hospitals, their current preoccupation with COVID-19 measures, and their history of keeping insurer-negotiated prices hidden as reasons for the hospitals’ opposition to this measure.

“This is a pretty large departure from the prior status quo, which was that the prices negotiated between private health insurance and hospitals were traditionally always a trade secret. They weren’t available for the public to view,” he said. “You may not want your competitors to see the prices that you negotiated with private insurers.”

According to Bartlett, the reason that many hospitals have been able to evade this federal law so far is due to the fact that the current punishment for non-compliance is inconsequential for larger, wealthier hospital systems. For hospitals that do not comply, the CMS has the ability to charge them fines of up to $300 a day.

“That’s nothing for some of these big hospitals,” Bartlett said, noting that some hospitals may prefer to suffer the fines rather than face the potential consequences of making their prices public.

As for the potential benefits of this new price transparency policy, Chen believes that it would allow individual consumers and employers to go online, access the pricing information, and compare treatment prices across different hospitals. Ultimately, the hope is that hospitals would begin competing against each other “on the margin of price” and drive overall health care costs down.

On the other hand, it is also possible that this rule might not have a significant impact on consumer behavior for the foreseeable future. Oftentimes, the prices that hospitals negotiate with insurers do not offer the full picture of what a patient actually has to pay. Due to the variety of other factors that dictate where consumers decide to receive medical treatment—such as whether a hospital is in their insurance network or whether they must pay a deductible—consumers may still have to jump through various hoops to understand the true cost of their treatment. “You care about what your price is, not what the negotiated price is,” Bartlett said.

Furthermore, some experts are skeptical about whether consumers will actually respond to this initiative at all. “There’s quite a bit of evidence that suggests that in health care, consumers do not respond to price transparency initiatives. A lot of times they don’t even use the information, or they just choose not to shop or learn to shop on price,” Chen explained.

At a time when health care has become all the more crucial and disparities in the system all the more apparent, it is also questionable whether this price transparency rule will have an impact on those who have been traditionally most disadvantaged. In CD9, where 14 percent of residents fall below the poverty line, many have struggled to receive affordable, accessible medical care. For many working-class Black and Latinx communities in particular, inaccessibility to health care in many different forms has always been a barrier.

Edwin Torres, a co-chair of the Health and Environment committee on Community Board 9—an advisory board that represents Morningside Heights and West Harlem—said that in terms of health-related issues concerning CD9 residents, the lack of transparency surrounding prices has occasionally come up.

“[People] used to go to the ER, and they were paying $100 for Tylenol and they didn’t know it,” Torres said.

However, while increased price transparency might be a step in the right direction, he noted, it is still far from a solution to the more pressing issues that engulf these communities.

“This works for those who are shopping around and trying to get a better deal. But for the general population in Harlem, the issue here is with folks who lack basic health care. That is the problem,” Torres said. “If you couldn’t afford health care before this hospital price transparency bill, how is that going to change now?”

Bartlett also noted the ways in which low-income residents and communities of color could be impacted by these new regulations. For example, even if hospitals release their treatment prices for view, communities such as these may not successfully gain access to them for several reasons, including a lack of access to the Internet, where hospitals release their information; the difficulty of navigating to the proper resources; and the challenge of understanding the pricing information once it is found. Furthermore, even if consumers do use this information to try to “shop” across different health care systems for more affordable treatment options, some residents of CD9 may find it difficult to make the commute to other options across the city.

For now, according to Chen, more hospitals need to follow through on this price transparency regulation and begin to publish their information in order to truly evaluate the impact it will have on the health care industry and patient behavior as a whole.

“I think this [policy] has good intentions,” Torres said. “But we need to see what it looks like in practicality, in the real world.”