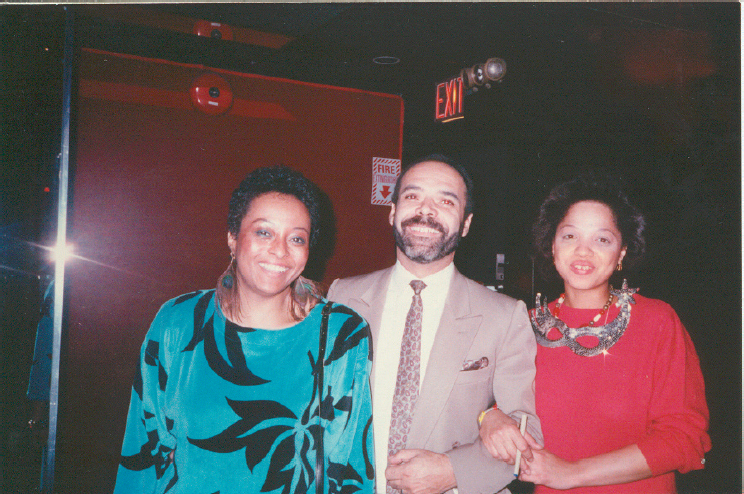 WE ACT for Environmental Justice / Courtesy of

The three co-founders of WE ACT for Environmental Justice. Peggy Shepard— the current executive director of WE ACT— is pictured on the left, the late Chuck Sutton is in the center, and Miller-Travis is on the right.

In honor of Women’s History Month, Spectator is publishing a series on notable women of Columbia and the West Harlem community. Peggy Shepard, a longtime Black activist for environmental justice in West Harlem, co-founded the organization WE ACT for Environmental Justice and serves as its current executive director.

On the Hudson River Greenway by West 135th Street sits the North River Sewage Treatment Plant. Upon the plant’s construction, residents had complaints of the noxious odor from the raw sewage and soon were showing health symptoms related to asthma and respiratory illness. The original construction location was in a white and upper-middle class neighborhood, though the plant was eventually moved to West Harlem, a predominantly low-income Black and Hispanic community.

Residents soon began organizing against the treatment plant, and in 1988, Peggy Shepard, a Democratic Assembly District Leader for West Harlem, was one of seven people arrested for halting traffic to protest against the plant. After her arrest, she filed a lawsuit against the the city, which was settled in 1994, resulting in a large victory for the West Harlem community: a $1.1 million environmental benefit fund settlement for the neighborhood, as well as a commitment from then-mayor David Dinkins to allocate $55 million to fix the plant.

This was the first victory of West Harlem Environmental Action, an organization committed to fighting for environmental justice in New York City and across the United States, which Shepard co-founded in 1988 with Chuck Sutton and Vernice-Miller Travis, BC ’80. Now known as WE ACT for Environmental Justice, the organization has evolved to focus on different environmental health issues, specifically those affecting residents of Northern Manhattan, with Shepard currently serving as the organization’s executive director.

“We started working on air quality, but it has now evolved to work on climate resilience, climate justice, energy justice,” Shepard said. “We have a strong department in environmental health. We are … a membership-based organization and we have at least 800 members in Northern Manhattan neighborhoods.”

Shepard was not always involved in activism and politics. She began her career as a reporter at the Indianapolis News for the women’s interest section and moved to New York City in 1971 to work for several magazines, including Essence magazine and Black Enterprise magazine.

However, being a Black woman was already an obstacle in the journalistic field, given that Shepard wanted to become a magazine editor and “there weren’t many Black women who were doing that.”

“Growing up as a Black woman, I didn’t really have role models of Black women doing the kind of work I wanted to do,” Shepard said. But she found inspiration in female writers, like Gloria Steinem, who was a freelance writer for Glamour magazine.

After leaving Black Enterprise magazine, Shepard worked as a speechwriter for the commissioner of the New York State Division of Housing, through which she met with several political appointees who encouraged her to participate in Jesse Jackson’s 1984 presidential campaign. She soon became the Jackson campaign’s public relations director, which is when she started seeing the disparities between different neighborhoods in New York City.

“During that campaign, … young people all over the city were running as delegates and my job was to promote them. And so in visiting other neighborhoods throughout the city where we were campaigning, I got an opportunity to see the difference in benefits that some communities had,” Shepard said.

Upon Jackson’s defeat, Shepard ran for Democratic District Leader in West Harlem and was elected with Sutton, though one of the main issues the organization faced was the lack of acknowledgment from politicians regarding environmental justice.

The organization was able to raise awareness on environmental justice and present research on air quality in West Harlem showing that bad air quality affected the community living in the neighborhood.

“When you can begin to show that data, it begins to really give you much more credibility. And so the media began to pay attention to what we were saying,” Shepard said.

But Shepard faced numerous challenges in her activism, especially in regard to procuring funding as a woman of color. “One of the challenges of being a Black woman doing this kind of work is that philanthropy has not invested in [this] community [without a] quota,” Shepard said. “I’m sure today there are still many environmental funders who have never ever funded a person of color or funded a group working in a community of color.”

As a result, WE ACT ran as a volunteer organization for six years before becoming a staffed organization in 1994; Shepard had a full-time job at the time. When the organization was institutionalized because of a grant WE ACT received after the sewage treatment plant settlement, she then became the paid executive director of the organization.

According to Shepard, this lack of support is especially egregious because women of color stand at the forefront of the environmental justice movement, especially at the grassroots level. “Women in general, and especially women of color, are very focused on family health and safety, on neighborhood health and safety,” she said. “When you look at our community boards, it’s mostly women who come, volunteering during their free [time and] really being involved in civic engagement and civic life.”

She realized how important women of color were in the environmental justice movement when she attended the first People of Color Environmental Leadership Summit in 1991, during which the first Principles of Environmental Justice were established.

“There were hundreds of people of color like me from all over the country who were working on the same issues in their neighborhoods,” Shepard said. “You tend to think you’re the only one with that problem, and then you find out that there are hundreds of groups around the country all working on similar issues, because there was a systemic issue of environmental racism—not just in my community but across the country. That was the first time that I really saw other women like me.”

Shepard said she remains hopeful about the future of the environmental justice movement, especially as the Black Lives Matter movement has raised awareness in the mainstream about issues of institutionalized racism within all facets of public life.

“Once you begin to be aware of institutionalized systemic racism, you begin to notice [it] in all facets of our lives,” Shepard said. “[The Black Lives Matter protests] became sort of a perfect storm of racial reckoning and understanding how racism has affected every aspect of our society—not just police brutality and prison issues, but housing, education, environment.”