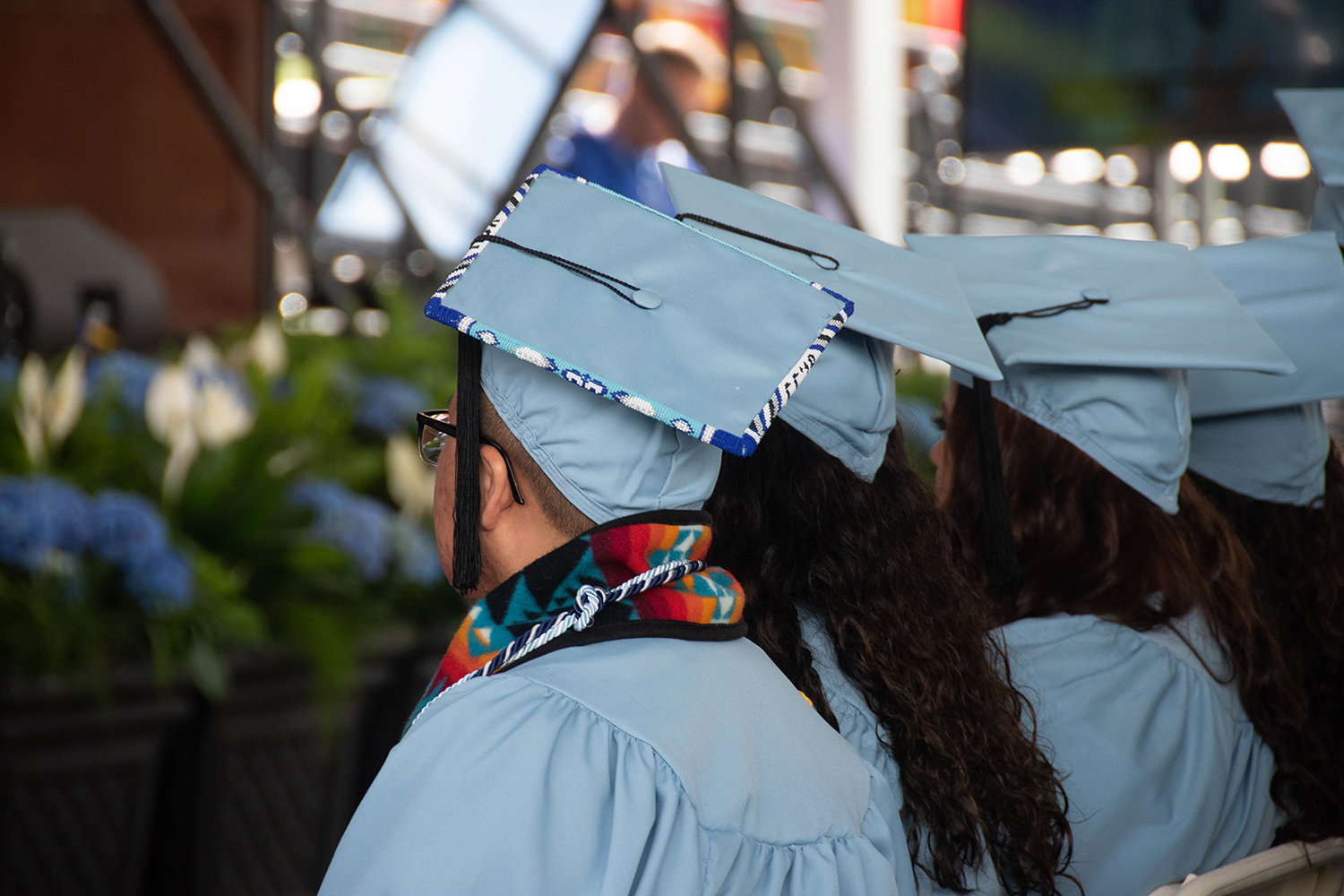 This is a developing story; check back for updates.

When “Columbia University” was trending on Twitter Tuesday morning, many students expected to find widespread coverage of the Graduate Workers of Columbia-United Auto Workers’ second day of striking. However, what they found instead was a Twitter storm brewing over Columbia’s Multicultural Graduation Ceremonies.

On Tuesday, the publication of a Fox News article with the headline “Columbia University hosting 6 separate graduation ceremonies based on income level, race, ethnicities” started an uproar online, as the spread of misinformation convinced many that Columbia would be holding separate Commencement ceremonies for students based on their race and income level. However, these non-degree-conferring Multicultural Graduation Ceremonies have been offered at the University for years and are optional additions to the larger Columbia Commencement ceremony and Class Days.

Some major political figures, including conservative author and commentator Candace Owens and Arkansas Sen. Tom Cotton, took to Twitter to claim that these multicultural ceremonies upheld “segregation.” Whether they and others knew that Columbia is still slated to hold its annual Commencement ceremony on April 30 is unclear. The Fox News story reads four paragraphs down that “The university is also hosting what appears to be a more general commencement ceremony.”

For underrepresented Columbia students, these events are often hard-won commemorations of surviving what can be a hostile institutional and social environment. First-generation, low-income students spent years pushing for a unique ceremony before being able to conduct the inaugural “First-Generation Graduation” in 2017.

“Being in any of those groups here at Columbia isn’t always a breeze. You experience some really difficult times here, and being in communities to sit with that and tell stories from that but also to move forward from that is a really important launching pad for graduation,” Kwolanne Felix, CC ’22, said. “I’m looking at how you’re going to be navigating these identities and these communities that you’ve built for the rest of your life.”

Identity-specific ceremonies are not unique to Columbia’s Commencement traditions. At Yale University, the Afro-American Cultural Center has hosted a graduation celebration for Black students for over two decades. “Lavender Graduations,” designed to uplift LGBTQ students, have a similarly long history. After first being offered at the University of Michigan in 1995, these ceremonies are now held at 220 universities nationwide.

Columbia undergraduate students and graduate workers have taken to social media platforms to point out that this story has taken oxygen from the GWC-UAW strikes in the national media.

“I do feel this is purposely distracting—all of this—because it’s not really an issue at Columbia and it’s never really been an issue,” Felix said.

The misrepresentation of Columbia’s graduation procedures has prompted the University to tweet out a series of clarifications this afternoon, including that these events are organized alongside student groups, that they are open to all students, and that many originated as student- and alumni-created ceremonies.

Crucially, the multicultural ceremonies do not overlap, so students can attend more than one ceremony if they choose. Ceremonies will take place at the following times (in Eastern Standard Time):