A Teachers College reading curriculum is among the nation’s most popular. Does it serve English language learners?

A Teachers College reading curriculum is among the nation’s most popular. Does it serve English language learners? 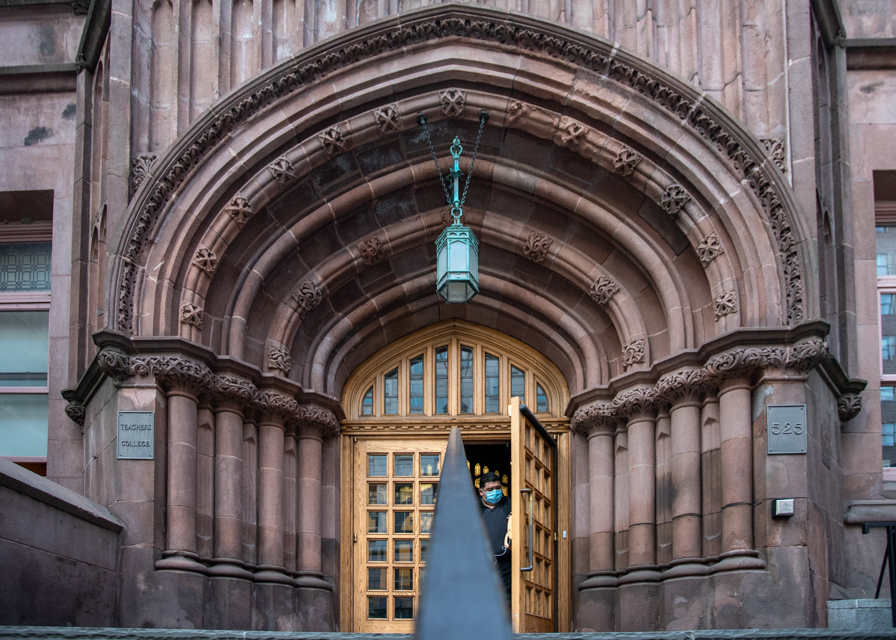 Imagine a typical New York City elementary school classroom: littered with half-chewed pencils, decorated with neon alphabet posters, filled with students’ voices as they work through books, with the ease of their reading serving as an unwitting indicator of their educational future. While not a complete determinant, a child’s reading ability can predict much of their scholastic trajectory—for example, a student who does not reach a third-grade reading level by the third grade is four times less likely to graduate high school by 19.

Despite the importance of reading ability, the efficacy of one of the nation’s most popular literacy programs, Columbia University Teachers College Reading and Writing Project’s Units of Study curriculum, has come under scrutiny in recent years. One of the primary concerns is that Units of Study does not adequately address the needs of English Language Learners, a claim which TCRWP refutes.

In January 2020, seven leading education scholars published a report positing that the Units of Study curriculum “would be unlikely to lead to literacy success for all of America’s public schoolchildren.” Student Achievement Partners, an organization that helped develop Common Core standards, spearheaded the report, which focused on kindergarten through fifth grade, though the Units of Study curriculum extends to the eighth grade. As of December 2019, the curriculum, created by TCRWP Founding Director Lucy Calkins, was among the top three most popular curricula nationally for core instructional skills. The claim that TCRWP fails ELLs more profoundly than other students has nationwide implications but is particularly resonant for West Harlem, a neighborhood with a high concentration of ELLs.

While the Department of Education does not track which schools use which curricula, literacy advocate Karen Vaites believes that Units of Study is the most popular curriculum used in New York City. She cites the fact that TCRWP independently knows how many schools buy its materials and publicize their healthy market share in New York; the number of principals she has personally met that use Units of Study; and the program’s national popularity, which is likely heightened in Teachers College’s own city, to make such an assessment.

Claude Goldenberg, professor emeritus at the Graduate School of Education at Stanford University and an expert on ELLs, co-authored the report sponsored by Student Achievement Partners. A native Argentinian, Goldenberg spoke Spanish as his first language and learned English in elementary school; his own experience as a bilingual child inspired him to work with and study ELLs. While he appreciates the creativity of certain activities of particular units, Goldenberg believes that the overall Units of Study program is structurally unfit for all students and that the challenges are especially pronounced for ELLs. He names a lack of structure as the primary issue, arguing that the curriculum does not teach students the foundational aspects of reading.

“The foundational skills are basically the skills that allow you to pull the printed word off the page and say it as something meaningful,” Goldenberg explained. “The foundations are phonological awareness, letter-sound knowledge, mapping speech to print, phonics. You need those to be able to read words fluently and automatically. The problem is that the Units of Study don’t pay sufficient attention to doing that systematically, explicitly, and making sure that kids get it.”

For students whose parents are highly literate and who have been exposed to literature themselves, Units of Study’s loose structure and limited explicit phonological instruction would likely work, Goldenberg found. It may even work better, as re-hashing the foundational aspects may be boring for those who have already been exposed to phonics at home. Many ELLs, however, do not come from those highly literate environments.

“Who is going to be most disadvantaged by a program that lacks basic foundational, systematic instruction?” Goldenberg asked. “Kids who don’t know the language, kids who come from homes where this isn’t a whole lot of literacy. … ELs need some attention—systematic and explicit attention—to the language they’re being taught to read in.”

Vaites has been working to publicize the findings of Goldenberg’s research because she is worried about the adverse effects Units of Study has on the long-term academic development of ELLs.

Members of TCRWP have pushed back against the report’s claim that Units of Study lacks basic phonological support for ELLs; Calkins herself defended the program upon the study’s publication, but also vowed to “learn from the review.” Hareem Atif Khan, a staff developer at the Teachers College Community School in West Harlem and instructor in the literacy specialist program at Teachers College, firmly believes that Units of Study supports ELLs both educationally and developmentally.

Like Goldenberg, Khan’s first language was not English and she still considers herself an English Language Learner despite her fluency. When she was 31, Khan taught students English in Pakistan on a Fulbright Scholarship. Though she does not believe that academic success can be proved by standardized tests, Khan points to the steadily rising test scores at Teachers College Community School—a District 6 school which serves both local residents of West Harlem and the children of Columbia professors that uses Units of Study—as well as the phonics Units of Study developed in 2018 as proof that the program does explicitly teach foundational components of reading. Prior to the development of the phonics unit, Khan explained that TCRWP suggested specific phonological resources for schools to use.

“That’s such a weird misunderstood part, that TC doesn’t believe in phonics or Lucy Calkins doesn’t believe in phonics. I think that the opposite is true,” Khan said. “You need to have phonics instruction, but what we worry about is when there’s 40 minutes of phonics drilling and no read aloud, no choice around writing, no tolerance for spelling.”

Additionally, Khan believes that phonics and developing a child’s sense of identity and belonging in a classroom are equally important components of learning. Having worked with many curricula across the world, Khan believes that Units of Study does a uniquely impressive job of simultaneously furthering multilingual and multicultural students’ written development and sense of identity.

“The reason I say this is because the core of the workshop is student choice. So, instead of just writing an information report about the American Revolution or westward expansion, the earlier units on information writing invite kids to write about things that they’re experts on. What you see is that kids from Sri Lanka will write an information book about Sri Lanka; kids who eat hibachi will write a whole book about hibachi,” Khan said.

Goldenberg agrees with Khan about the importance of literary freedom, but does not believe that children can fully appreciate such freedom without systematic instruction. He posits that Units of Study and its method became so popular despite the arguable lack of structure because of the attractive type of thinking that it embodies.

According to Goldenberg, the program represents a strand of thinking called “whole language,” which originated approximately 50 years ago and argues that one learns written and oral speech in the same way.

“[Whole language] said that they’re directly analogous. That was their fundamental premise, but it turns out that that’s fundamentally wrong,” Goldenberg said. “[Whole language] is just more intuitively appealing—it just seems so boring to learn how to mark letters and it’s memorization, and everybody hates memorization. It has this intuitive appeal and is coupled with very creative ideas like Lucy Calkins has about workshops, many of which are really great as literary activities once you know how to read and write with some level of proficiency.”

Vaites, however, attributes Units of Study’s popularity more to its affiliation with Columbia and the legitimacy that the University’s brand confers—she cites the sentiment that “it was homegrown and developed at Columbia University, so it must be good”—rather than strictly the appeal of “whole language.” New York City schools function around site-based management, an organizational system that lets schools make decisions based on their neighborhood’s needs; with this structure, principals are able to independently decide which curriculum they use, hence the impact of Columbia’s name.

Khan attributes the appeal in large part to the level of professional development at Teachers College, the emphasis on student choice, and the program’s desire to continue evolving in order to best serve students and communities.

Though Units of Study remains prominent throughout the city and country, Vaites is noticing new curricula beginning to emerge and become popular. Even though the Department of Education does not yet have data on which schools use which reading programs, she believes that Wit & Wisdom, which is based on the newest scientific research, is now among the city’s top five most popular curricula. TCRWP maintains that Units of Study adequately serves all students, and it is yet unknown whether its dominance will prevail.

Despite their stark disagreements, Goldenberg and Khan share certain viewpoints—they both believe, for example, in the importance of adaptation. Goldenberg agrees with Khan that the future of successful literary education—particularly for communities with high concentrations of ELLs, like West Harlem—lies in the education system’s desire to evolve, to unify around shared opinions, and tactfully work through disagreements.

“I have no illusions about being able to come to some golden city on the hill sometime in the future where we all agree and we’re all singing Kumbaya in the library of heaven,” he said. “But we could come to some agreement on some fundamental things and then forge ahead from there.”