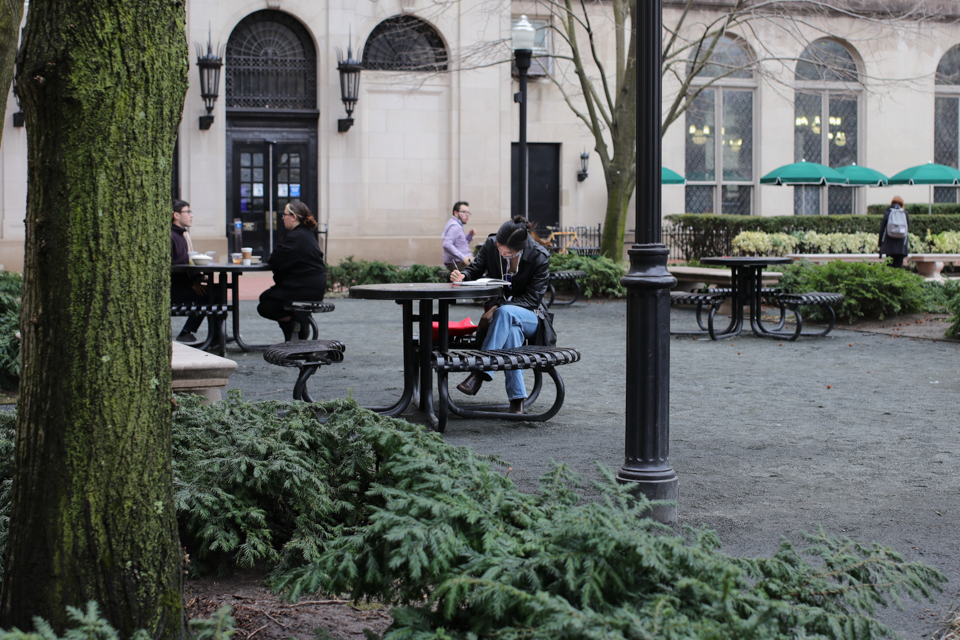 Last spring, as the coronavirus was beginning to spread in the United States, many Asian students at Columbia felt a rapidly changing public sentiment.

The recent mass shooting in Atlanta, in which six Asian women were killed, took place amid a nationwide surge in violent hate crimes against Asian Americans. The shooting and other recent hate crimes have caused many to reflect on the treatment of Asians in the United States, during the pandemic and historically. Now, students and faculty at Columbia are opening conversations around their own experiences—from the fetishization of Asian women to how the ongoing pandemic has exacerbated the discrimination they already faced.

Due to anti-Asian rhetoric in the wake of the COVID-19 pandemic, hate crimes rose by 150 percent in 2020, as leaders like former President Donald Trump blamed the spread of the virus on China. The biggest rise in hate crimes took place in New York City and Los Angeles—in 2020, there were 28 anti-Asian hate crimes in New York City, as opposed to only three in 2019. Over the last year, there have been over 3,700 reports of anti-Asian racist incidents and hate speech across the country.

Last spring, as the coronavirus was beginning to spread in the United States, many Asian students at Columbia felt a rapidly changing public sentiment. An image of a blackboard in Butler Library that read “Wuhan virus isolation area” in Chinese circulated across social media at the same time that a video of an Asian woman wearing a mask in Chinatown being physically attacked went viral on Twitter.

In a show of solidarity with the Asian community at Columbia, both Columbia College Dean James Valentini and Vice President of Student Affairs Joseph Greenwell sent emails responding to the Atlanta shooting.

“To our Asian and Asian American students, I stand united with you, and I ask our entire community to do the same,” Valentini wrote. “I also challenge each of us to reflect on our own perceptions, actions and beliefs, in the spirit of believing we can each do better when it comes to being open towards others.”

However, some students felt that there was not a clear enough acknowledgment of the racism inherent to the shooting that took place in Atlanta, as well as the recent wave of violence against Asian Americans in New York City and beyond. After using the “find” command on Greenwell’s email, Brandon Shi, CC ’22, couldn’t find the word “racism” once.

“[Greenwell] only mentioned xenophobia,” Shi said, “It’s a subtle distinction, but [there’s] definitely a difference. By only putting in xenophobia, you are implying a fear of foreigners, and so you’re implying that all Asians are foreigners.”

Watching the news in recent months has left Sales “so drained that [she] can’t move.” To support the Asian-American community, she has used her social media platforms to raise money that will be donated to the organizations Asian Health Services and Stop AAPI Hate. Sales has raised $1,184.62 and has reached out to organizations that may match this figure as well.

On her Instagram story posts, Sales has shared several instances of violent acts committed against Asian Americans in New York City—including the stabbing of a Chinese man in Manhattan’s Chinatown, an incident in which a mother was called the ‘Chinese Virus’ while her child was spit on, and the slashing of a Filipino man’s face on the subway.

Sales has posted about these incidents alongside her fundraising efforts, pointing out that the $2.50 that she requests from each individual is less than the $2.75 fare for the subway. Due to violent attacks against Asian Americans that have taken place on public transportation, Sales no longer even travels via subway alone and primarily uses Uber for transportation.

Hailey Cheng, CC ’24, noted that with the increase in racist attacks against Asian Americans, posts about anti-Asian violence have taken a toll on her mental health and feelings of safety.

“I don’t think a lot of Asians feel safe here anymore,” Cheng said. “I guess that [takes a] toll on my mental health. It’s hard logging on [to social media] and seeing fatality. [That] makes you feel scared. I don’t want to go outside.”

Cheng has amassed a following of 360,000 followers on the app TikTok and uses her platform to advocate for the Asian-American community by raising awareness on issues like Asian fetishization, myths surrounding the COVID-19 virus’ origins, the model minority myth, and orientalism.

Such a public presence and following has led to hateful comments and messages, including death threats and threats to release her legal documents. However, she says that the recent hate crimes against Asian-Americans make her feel safer online than in public.

A few weeks ago, Sales was followed and called “ching chong” while walking home from a Duane Reade near Columbia’s campus. While in London last semester, she and her Chinese friend were followed by a man who not only called them derogatory names but made comments about Asian women that left her feeling “very unsettled.”

Sales noted the fetishization that Asian American women face serves as a catalyst for violent acts.

“I know a lot of the motives for [the Atlanta murderer]—at least based on what I’ve seen on the news—is because of his sex addiction, and how Asian women play a role in that,” Sales said. “Asian women are taught that men’s fetishization of them should be compliments, but in reality, this mentality is just endangering our bodies. This mentality is rooted in colonization, white supremacy, [and] American imperialism violence.”

As a queer Asian-American, Shi has dealt with the fetishization of his identity in his relationships and interactions with others.

“I’ve also been fetishized by [people who feel] entitled to say disrespectful things,” Shi said. “It’s also just weird … experiencing homophobia from other Asian people, and then experiencing racism from other LGBTQ people.”

Cheng said when she first started TikTok in early 2020, some said that she was overreacting when she discussed Asian struggles. She labeled the comments as manifestations of the model minority myth, which characterizes Asian Americans as a high-achieving, polite, and law-abiding race in contrast to other racial groups. Due to these characterizations, many Asian Americans often feel guilty for speaking out about their struggles, since some of the stereotypes, such as those about their intelligence, depict them more positively than other racial groups.

The rise in Asian hate crimes also coincides with the introduction of a new major at Columbia College—medical humanities. This major seeks to bridge science and the humanities to understand how contemporary social issues like anti-Asian sentiments can be a threat to public health.

The Institute for Comparative Literature and Society recently held an event titled “The Future Repeats Itself: Historical Roots of Anti-Chinese Animus in the time of COVID.” Ari Heinrich, a professor of Chinese literature and media at Australian National University, spoke at the event and discussed the long-standing western heritage of constructing harmful narratives about Asians for political purposes, such as with the smallpox epidemic in the 18th century.

“China and Chinese people [were portrayed as] uniquely susceptible, not only to smallpox but to many other ailments,” Heinrich said at the event. “These notions gained momentum until China became known not only as the cradle of smallpox and the sick man of Asia but as the original home of the plague.”

While speaking at the event, Eugenia Lean, a professor in the department of East Asian languages and cultures and the current director of the Weatherhead East Asian Institute at Columbia, noted a similar false perception about China in modern-day America.

“There seems to be this emergence of rhetoric [of] these evil scientists or they’re corrupt,” Lean said. “These are the things that are being levied against China as this emerging superpower in 21st-century capitalism, where manufacturing is subpar, science is questionable, and corruption permeates.”

Shi also pointed to a lack of awareness of the long history of Asian oppression within the United States as a reason for racism against Asians often being ignored or understated. He cited People v. Hall, an 1854 Supreme Court case, where Chinese people were ruled inferior and unable to testify in court, as well as the Chinese Exclusion Act, which halted the immigration of all Chinese laborers in 1882.

“There’s a lot of ignorance about the history,” Shi said. “I think the reason that white folks confine [anti-Asian hate] to the present is so they don’t have to acknowledge the complicity of their parents, their grandparents, their ancestors … living in and contributing [to] a system that marginalizes all people of color, including Asian people.”

Editor’s Note: Brandon Shi was a former deputy opinion editor at Spectator. Shi is no longer a member of Spectator’s staff and had no role in the writing or editing process.