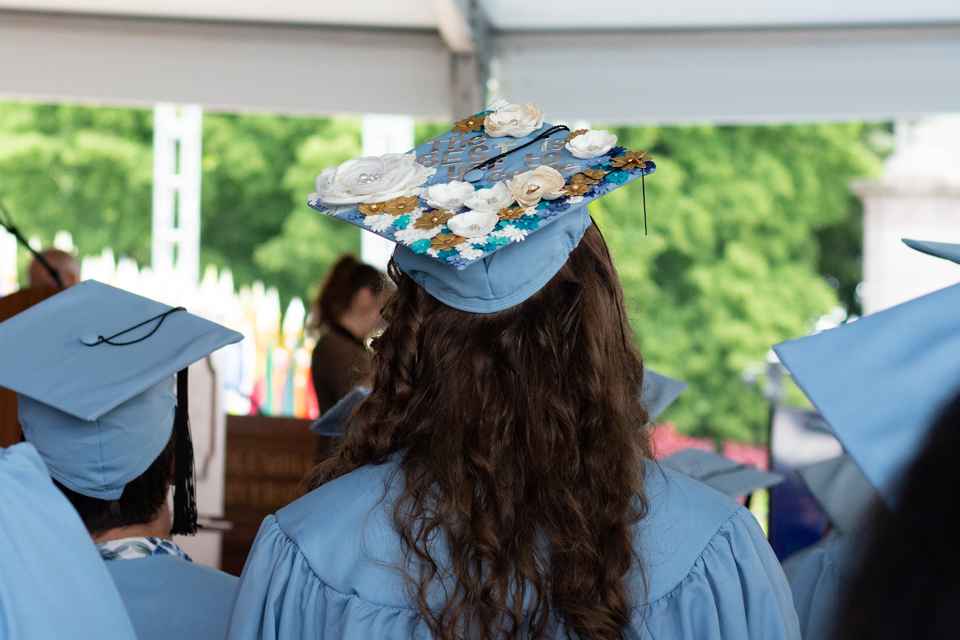 Bratton, Thompson, and Shi will each address the General Studies class of 2021 virtually on Wednesday, April 28 during Class Day.

The School of General Studies’ 2021 Class Day ceremony will feature Elegance Bratton, GS ’14, as keynote speaker and Christopher Thompson, GS ’21, and Qimeng Shi, GS ’21, as the class of 2021′s valedictorian and salutatorian, respectively. Bratton, Thompson, and Shi will each address the General Studies class of 2021 virtually on Wednesday, April 28 during Class Day.

The University has opted to hold Commencement virtually for the second year in a row in light of the ongoing pandemic. Gatherings of more than 10 people remain banned in New York City, but in an email, University President Lee Bollinger expressed his hope to hold some outdoor, in-person events for individual Class Days. What those potential events will look like remains unclear.

Bratton came to General Studies in 2011 after serving in the Marine Corps as a combat filmmaker. During his time at Columbia, he continued to pursue this passion, filming his directorial debut “Pier Kids,” which follows several queer and transgender homeless youth on New York’s Christopher Street Pier. The film’s subject matter resonated with Bratton, who was kicked out of his home at 16 because of his sexuality.

After graduating from General Studies in 2014 with a degree in African American studies, Bratton earned a Master of Fine Arts in directing and writing from New York University’s Tisch School of the Arts. While at Tisch, he continued to use filmmaking to reach out to underserved youth, serving as the filmmaker in residence at a nonprofit called Reel Works and directing a short film about a young trans woman titled “Walk for Me.”

Since his 2019 graduation from Tisch, Bratton has published books on photography and poetry and created the GLAAD-nominated and Cannes Marché International des Programmes de Communication-winning 2018 Viceland television series “My House.” His recent short film “Buck” premiered as an official selection at the 2020 Sundance Film Festival and the 2020 British Film Institute London Film Festival and is being developed into a television series. He is currently working on a film titled “The Inspection.”

Thompson spent his twenties working as a fine dining chef and volunteering on farms in the United States and Europe. At age 30, Thompson enrolled in community college and was accepted to General Studies after one year of study.

On campus, Thompson has served as both the health and wellness representative and student body president of the General Studies Student Council. He also co-founded Columbia Recovery Coalition, a student-led organization that advocates for members of the Columbia community recovering from emotional disorders, substance use, and trauma, and was further involved in the Columbia community as a peer advisor.

Shi is graduating from the joint bachelor’s degree program between City University of Hong Kong and Columbia. After working with a shelter that cared for orphans and adults, she was inspired to pursue a degree in economics in order to better understand how to address income inequality.

While at CityU and General Studies, Shi was involved both on and off campus. She served as a student mentor and peer-assisted learning leader for the CityU department of economics and finance and helped coordinate the CityU Pre-Arrival Orientation. She was also involved in the National Investment Bank Competition in Canada and Technology & Education: Connecting Cultures. At General Studies, Shi focused on courses surrounding poverty and inequality. She worked as a teaching assistant in the department of economics and did research with Professor Tamrat Gashaw as well.