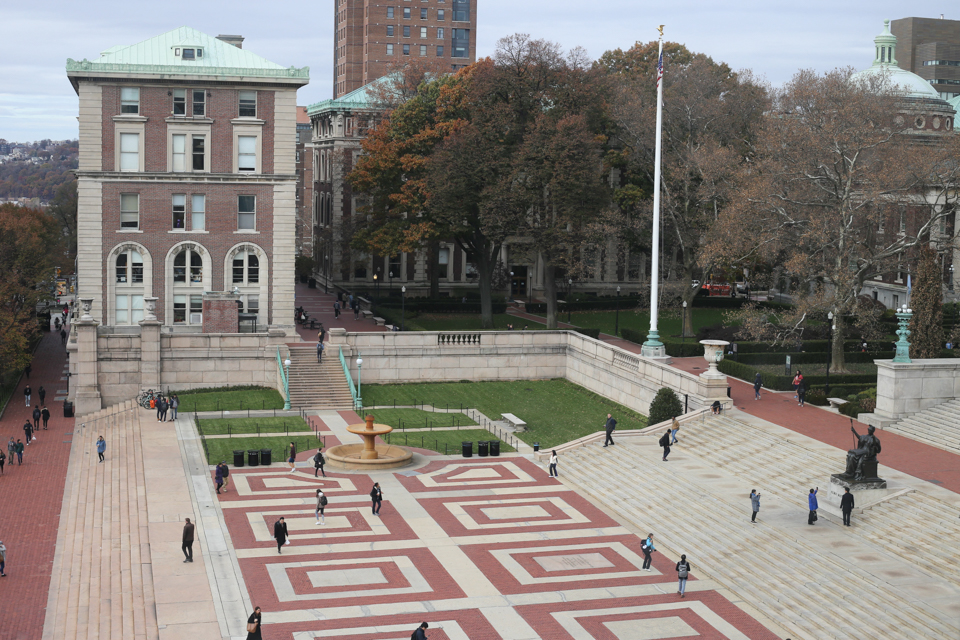 Yancopoulos received tests from his company after a member of his household was thought to have been infected with COVID-19, and New York state officials authorized at-home testing for Yancopoulos and his family in March 2020.

A New York Times investigation last week found that George Yancopoulos, CC ’80, GSAS ’86, VP&S ’87, received exclusive, preferential access to COVID-19 testing during the first wave of the pandemic, when testing supplies were critically limited and cases were surging in New York. Yancopoulos is the president of the pharmaceutical company Regeneron and a major Columbia donor.

Yancopoulos received tests from his company after a member of his household was thought to have been infected with COVID-19, and New York state officials authorized at-home testing for Yancopoulos and his family in March 2020. At the time, testing in New York was severely limited, with about 6,000 tests conducted per day across the entire state. In Morningside Heights and West Harlem, testing has remained inaccessible to residents as recently as December, when another wave of the pandemic raised concerns about the lack of testing sites in the 10031 Zone Improvement Plan code.

The discovery that Yancopoulos and his family received early access to tests marks the first known case of the state authorizing severely limited testing resources to someone with commercial ties to state officials.

In November 2019, just four months before the outbreak of the pandemic, Yancopoulos committed $10 million to Columbia to establish a “beginner’s mind initiative institute” at the record-breaking Alexander Hamilton Dinner. At the event, Yancopoulos received the Alexander Hamilton Medal, which is awarded for service to Columbia College and considered the highest tribute that a member of the Columbia College community can receive.

In an interview with Spectator after the 2019 dinner, Yancopoulos emphasized his passion for science and his desire to serve his community. “Today I consider myself the luckiest man on the face of this Earth. As a child, I fell in love with science … and I got to do that and live the American dream, all while being able to give back to the world,” he said in the interview.

Yancopoulos also serves on the Irving Medical Center’s Precision Medicine Council and is vice chair of its board of advisors. In 2013, he founded the Yancopoulos Family Science Fellowship for Columbia College students.

Regeneron spokeswoman Hala Mirza told the New York Times, “As an essential worker, leading and meeting regularly with his research team, and to ensure Dr. Yancopoulos was not posing a risk to this team, Regeneron requested testing from the state for his household after a household member became infected with COVID-19.”

New York state law prohibits government officials from using their positions to gain “unwarranted privileges or exemptions” for themselves or for others. Such privileges and exemptions include “the misappropriation to himself, herself or to others of the property, services or other resources of the state for private business or other compensated non-governmental purposes.”

The chair of the judiciary committee for the New York State Assembly Charles D. Lavine said that the committee, which has been investigating charges of sexual assault, data manipulation, and preferential testing access against Cuomo as a part of its impeachment inquiry, will take into consideration “everything brought to the committee’s attention” and “act accordingly.”

The University did not respond to requests for comment.