For senior residents seeking to get vaccinated, appointments are only accessible with the help of community members

For senior residents seeking to get vaccinated, appointments are only accessible with the help of community members 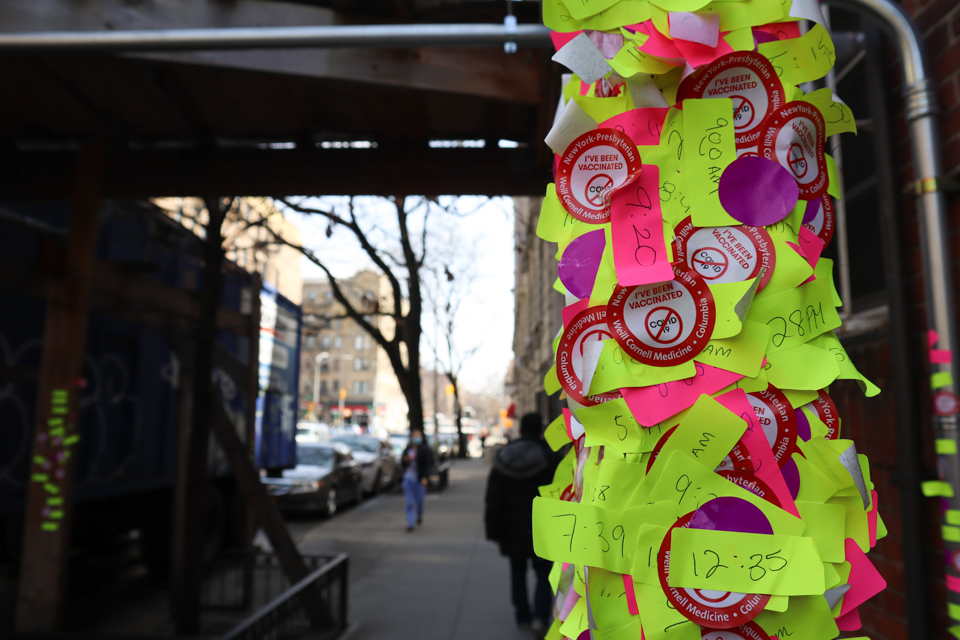 Last week, Gov. Andrew Cuomo announced that New York state would be significantly expanding vaccine eligibility, with all New Yorkers above the age of 16 becoming eligible for vaccination starting April 6. However, even as vaccine distribution has ramped up across the country and in New York City, West Harlem residents, especially seniors, still face significant uphill battles in getting a vaccine.

Seniors residents were among the first to be eligible for the COVID-19 vaccination in New York, but many in West Harlem have faced barriers to accessing information about vaccines and have often had to rely on community resources to help navigate the challenging landscape of attempting to get a vaccination appointment.

Vaccine rollout in New York City has been criticized since the beginning of distribution, with some critiquing the waste of unused vaccines as well as the lack of access for low-income residents despite Cuomo stating that vaccination access would be prioritized for the more vulnerable members of the population.

Although there have supposedly been efforts to make the COVID-19 vaccine more accessible for marginalized populations that face a higher risk of contracting the virus, there have still been obstacles to an equitable vaccine rollout. Professor Robert Fullilove, associate dean for Community and Minority Affairs, believes that a large part of this issue is due to outreach inefficiencies, specifically through the use of digital technology.

“[The vaccine rollout] has been terrible,” Fullilove said. “There are some centers that require that you go on the Internet. There are some that require you to have a smartphone. In other words, the digital divide is haunting our efforts to do a better job of making sure that the folks who need [a vaccine] are getting it.”

As New York state, and in particular, the West Harlem community, works to vaccinate at-risk populations, efforts to reach marginalized communities are more important than ever. Fullilove advocates for relationships with preexisting community-based organizations, such as the Alliance, in order to ensure the people who need the vaccine have access to it.

“If there was one thing that I would do, it would be to find a way of eliminating the digital divide as a problem that keeps people from getting vaccinated,” Fullilove said. “In other words, I would work with community-based organizations to make sure that in neighborhoods where people struggle to get to the Internet, don’t have smartphones, don’t speak the language, that hospitals … do what has to be done.”

Martin Wallace, the co-chair of the Senior Issues subcommittee of Community Board 9, a local advisory board that represents West Harlem and the surrounding community, said he finds that the largest barrier preventing seniors from accessing the vaccine seems to be communication. Seniors in the community are not able to access the information necessary to schedule appointments on their own.

“The main issue continues to be, how do you reach people who don’t have Internet access,” Wallace said. “You have to call them, or you have to actually have people go out into the community, walk the streets, go to the buildings, and really make a door-to-door effort.”

For Wallace, the solution has been direct outreach with the neighborhood’s senior population, such as hand-delivering minutes from CB9 meetings to seniors in the community to ensure there are no gaps in information.

“I think the senior population nationally, not just in New York, has been undervalued,” Wallace said. “[They] have not been supported generally by local, state, or federal government, and we just need to do a better job of giving, not just support in words but also in financial aid.”

And residents say it is not just the seniors in the CB9 area that have been neglected in the vaccine rollout. In fact, while Cuomo promised an equitable vaccination program that prioritized vulnerable populations, there is still not a vaccine site in West Harlem outside of what pharmacies in the area are providing.

“The city had said that it was going to be targeting ZIP codes where there were high rates of poverty and health concerns,” Wallace said. “And many of those ZIP codes are within Community Board 9. And yet, we never received a dedicated vaccinations site within the board.”

Miriam Aristy-Farer, health and environment co-chair of CB9, finds that Internet access and the lack of a centralized site in CB9 are both large barriers for those attempting to schedule their vaccines.

The Fort Washington Armory, located in Washington Heights, has become a popular vaccination site for Harlem residents. However, it is located on 168th Street, well outside of CB9′s range.

“We would have wanted more places centrally in our district, but we have the Armory,” Aristy-Farer said.

For Aristy-Farer, the difficult part in trying to help community members has been the lack of universal leadership regarding vaccination sites. There have been over 4 million vaccine doses distributed in New York City coming from a mixture of city, state, and private vaccination sites.

“A lot of the burden of helping our seniors is on the community and on community-based organizations,” Aristy-Farer said. “But I don’t see how the city would know where to find the seniors and who they are.”

Ilana Dunner is the executive director of Riverstone Senior Life Services and a licensed social worker whose organization is working to vaccinate seniors aged 60 and over. Riverstone has been partnering with New York-Presbyterian Hospital with access to a streamlined website for vaccine appointment scheduling.

“Basically, we just enter the people’s names, addresses, and some other identifiable information,” Dunner said. “And we get an appointment for them within a week’s time.”

Riverstone has been able to schedule appointments for over 700 people since partnering with New York-Presbyterian, and Dunner believes that their work has helped alleviate issues of technological access and communication for seniors trying to get vaccinated.

“Many of our seniors don’t speak English,” Dunner said. “And I would guess that at least from our senior center most don’t have computers, so they can’t even access the registration process online. So it was really critical that we do this for them.”

Besides partnering with New York-Presbyterian, Riverstone has also been able to work with the Department for the Aging to gather more names of seniors in the community to reach. The majority of the patients are being sent to the Armory, a location that Dunner finds is integral to making the vaccine accessible for seniors in the community.

While the city and the state are taking steps to ensure the population gets vaccinated, much falls on community members and organizations with regard to overcoming the obstacles for seniors trying to get appointments.

“It’s not as if we’ve got a situation where there is a clear and obvious designated authority that’s responsible for doing this,” Fullilove said.