Anjali Verma, SEAS ’21, advocated for marginalized students in STEM and across the University

Anjali Verma, SEAS ’21, advocated for marginalized students in STEM and across the University 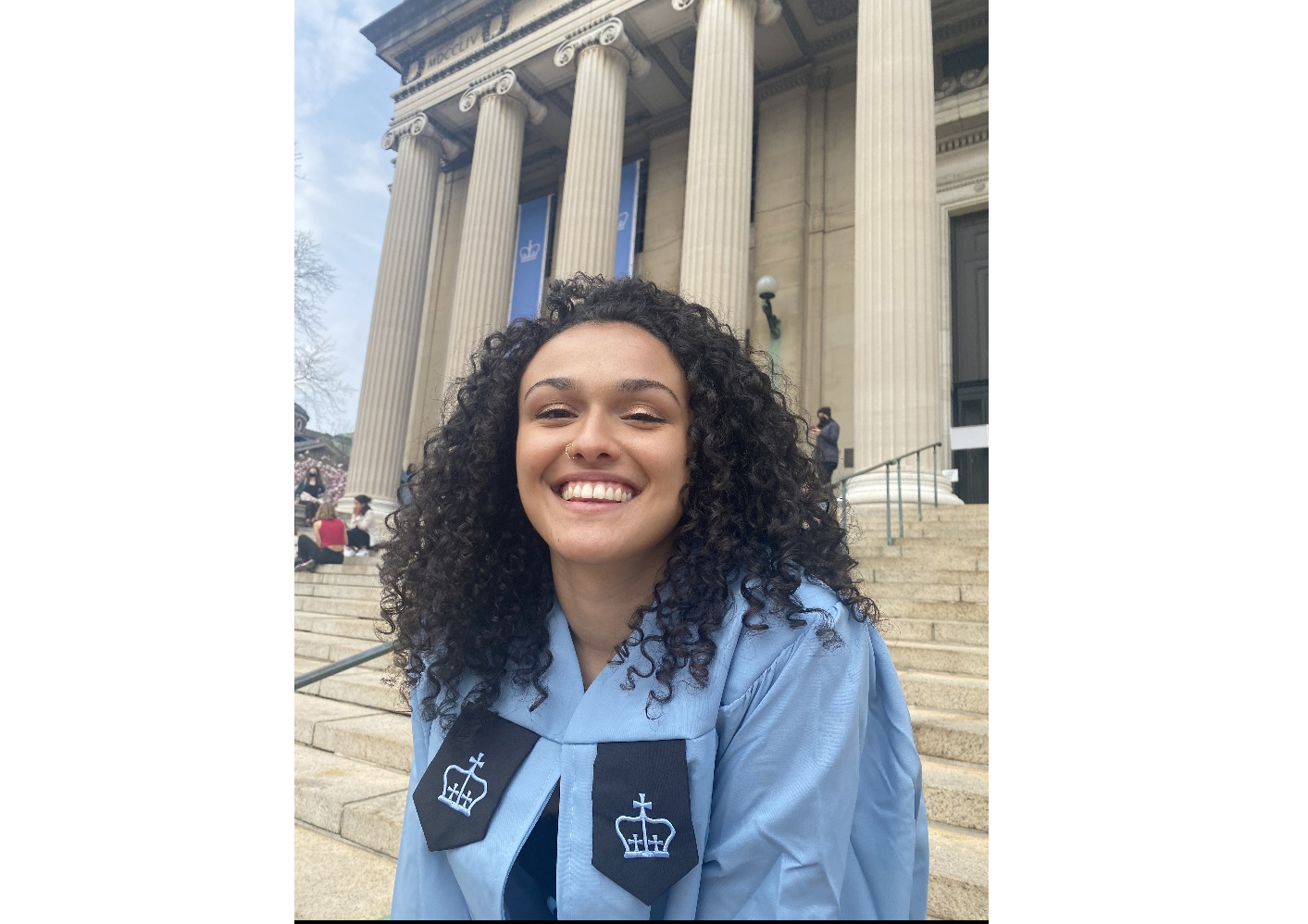 Anjali Verma, SEAS ’21, advocated for the inclusion of marginalized groups through Spectra, a club focused on diversifying physics, and through organizing Columbia’s Mobilized African Diaspora and drafting proposals to Columbia during the Black Lives Matter protests.

In her four years at Columbia, Anjali Verma, SEAS ’21, has been a vocal advocate for marginalized groups on campus—she is the co-founder of Spectra: Society for Diversity and Inclusion in Physics, as well as a lead organizer for Mobilized African Diaspora. Her time and impact on Columbia’s campus have been defined by a commitment to uplifting marginalized voices and raising concerns about the state of diversity and inclusion in the various spaces controlled by the University.

Verma’s idea for Spectra emerged her sophomore year after struggling academically in her first year. Verma had found her transition to Columbia to be jarring in comparison to her high school classes.

“I just had a really bad time,” Verma said. “I realized I wasn’t passionate about education. It was a horrible first semester freshman year.”

This experience spurred the creation of Spectra, a group whose purpose falls in line with a common thread across Verma’s organizing: It centers the importance of fostering community. She and her co-founder Rebecca Latto, SEAS ’19, took a smaller group called Columbia Society for Women in Physics and opened it up to queer students, students of color, low-income students and “basically anyone who didn’t feel like they saw themselves in traditional physics or STEM spaces.”

For Spectra, the emphasis has been on creating casual spaces for marginalized communities in science, technology, engineering, and mathematics. In previous years, Verma and her fellow club members hosted weekly Snack and Solve events where members ate pizza and discussed physics with teaching assistants. Small faculty lunches allowed members to interact with professors and ask questions they could not normally ask in a massive 1401 mechanics class. Spectra also has a mentorship program that pairs upperclassmen with younger physics students. Upperclassman can receive mentorship from graduate students as well.

During her sophomore year, Verma lobbied the physics department to rename room 818 of Pupin Hall after Chien-Shiung Wu, a famous female Chinese American physicist, to indicate that that the space is dedicated to women.

Verma joined Mobilized African Diaspora her sophomore year and was an active leader and organizer by her senior fall. The student coalition sent Columbia a comprehensive list of demands in September after the wave of national Black Lives Matter protests over the summer. Among them were clauses on Columbia’s Manhattanville project, alternative housing for indirectly displaced people, public safety budget allocation reforms, and expanded health care options.

“One of the things advocated for was 24-hour open healthcare, even on the weekends … when most college sexual assault happens,” Verma said. “We also talked about hiring and not just supporting Black students.”

Verma believes that MAD’s list of demands were vital to supporting Columbia’s Black community. However, she became frustrated with the administration’s refusal to meet the demands.

“The meeting was very much like ‘We hear you, but there’s nothing that we’re going to do’. And so, it just gets hard—a lot of that work was done over the summer and then it gets hard to keep following up with stuff during the school year,” Verma said. “It’s frustrating to deal with a University that will say [they] hear [us] and will profit off of having a socially active or social justice-focused student body when they are the reason people are organizing. They are the reason people are protesting.”

Even though Verma considers fighting against the University a lost battle, she doesn’t plan to stop advocating for the success of Black students and other marginalized groups. She will be staying at Columbia next year to do research in a chemistry lab. Afterward, she plans to pursue a doctorate in biophysics.

“No matter where I am, whatever work I’m doing, I’m always going to be doing something to support students of color like Black, Latinx, or BIPOC students, because that’s just something I see as really important,” Verma said.