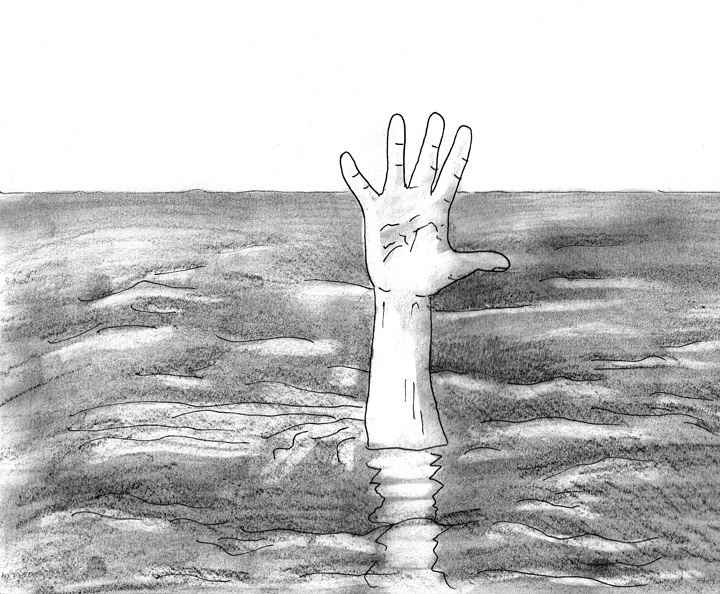 About a month ago, Rae Binstock wrote an incredibly moving piece in Spectator on her struggles with bulimia. I admired her bravery for speaking on such a personal issue so publicly and for sharing her story with us.

Rae is certainly not alone in what she has done for the community. At Columbia, we are lucky to have many students on this campus courageous enough to share their personal stories, whether on the pages of Spec, a Facebook post, or even through more personal, individual, interactions. There is much inspiration to be found in eloquently raw words and emotionally laden conclusions.
We rightfully admire the students who can speak out about their personal obstacles, who risk so much to share their story, often in the hopes of helping other students struggling with similar issues.

Some may feel responsible for protecting the identities of others involved in personal conflicts—the students who can never write about the difficulties of divorce or estrangement or even death. Others may feel as if they have no right to discuss personal matters of finance, class, working status, or position in life, as much as this may affect their physical or emotional wellbeing. Still there are others struggling with matters of physical pain, psychological disorders, chronic illnesses, unseen deformities and private medical routines. And there are other hardships—ones that we can perhaps never imagine, suffering that can simply never be shared.

No one will come up to them after a tough day to tell them that they can do it; that they, too, can overcome; that there is something better; that they are worthwhile.

The more we share our stories, the more the untold stories are overshadowed and made almost invisible. As some of us come out with our personal struggles, as it becomes increasingly accepted to do so, it becomes harder and harder for others to remain silent and alone.

Surely some may have the occasional visceral envy for those who can speak out. Although they acknowledge the irrationality of their jealousy, it does not make watching the outpouring of support that greets someone sharing their struggles any easier for the silent ones.

Because they will rarely if ever hear the words of encouragement they often so desperately need.

Instead, they might be told, over and over, that much-needed exceptions cannot be made for them, since one might then have to be made for everyone. Because, of course, their circumstances truly appear to be no different.

Perhaps they are the people we think of as perfect, as so put-together, as happy and carefree, as well-adapted and functional. The attractive student sitting across from you in the library at whom you steal glances every so often. The intelligent, well-spoken peer you want to be just like in your seminar.

Or, perhaps, they are the ones that are so callously judged for being unfriendly, for being cold, or for just seeming "weird."

Perhaps they are the ones who are looked down upon for seemingly never having suffered, as if everything was handed to them on a silver platter. Maybe someone will even call them out for being "privileged," assuming that they can't understand true hardship or struggles, because it seems like they have none of their own.

These are moments when silence hurts to the point where it surpasses the suffering itself.

For these people, their bravery is their silence. It is their personal resolution to protect those around them, or the exceedingly private details of individual circumstances, that is to be admired and lauded.

Look around you right now. Everyone you see is struggling somehow, everyone is working through obstacles and personal setbacks. Every single person is dealing with something that you may never know, that you cannot possibly imagine.

We learn early on never to judge a book by its cover, but this becomes increasingly difficult as covers become increasingly illustrative and transparent. Our community has begun to open up about mental and physical wellbeing, encouraging dialogue and communication about personal suffering. But in a culture that is finally becoming a safe space to speak about personal struggles, often it appears that those who do not share have nothing to share.

When we are lucky enough to read or hear someone bravely exposing the details of their struggles, let us not only praise them for their courage, but take it as a reminder to not judge those around us. We must use such pieces not only to understand that particular problem, but also to glean a more universal message: one in which we become increasingly sensitive to the unseen suffering all around us; one in which we can develop an appreciation and admiration for those who will never have such a voice.