Letter to the editor: President Bollinger on athletics

Letter to the editor: President Bollinger on athletics 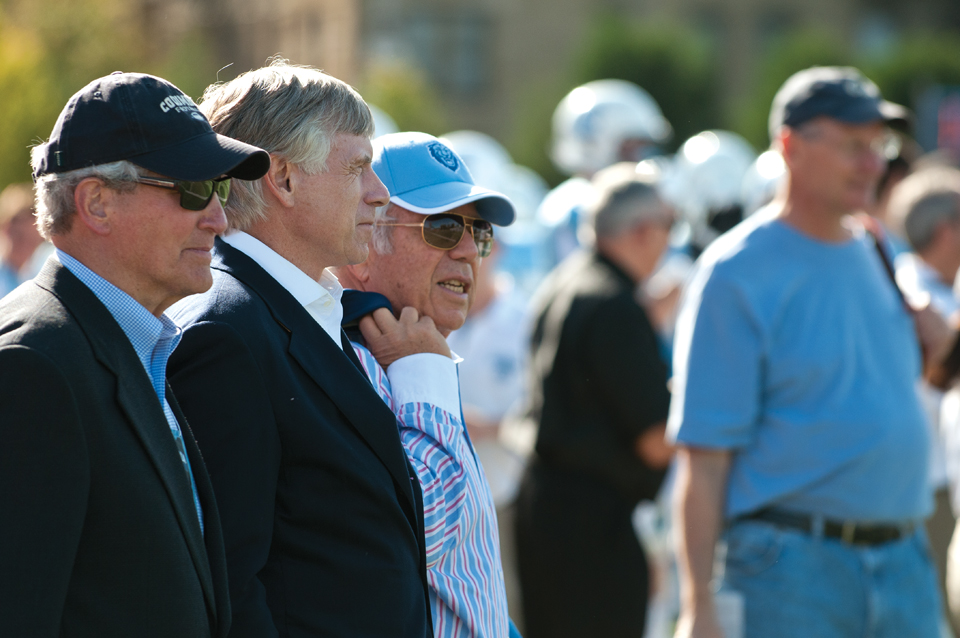 It is encouraging to see the level of interest in Columbia athletics' success and to know that there are students who want to see Columbia be as successful in Ivy League athletics as we are in everything we do. That has not always been the case, and we are still overcoming decades characterized by a different set of expectations. And while the Spectator board serves a valuable function in raising challenging questions for us as a University community to consider, Athletics has an impressive overall record compiled by our student-athletes and coaches under Athletic Director M. Dianne Murphy's leadership that deserves to be highlighted in response to Monday's editorial.

Just in recent days, Spectator has reported several noteworthy Columbia accomplishments, including a national tennis championship in men's doubles, the second recent Ivy championship for the nationally ranked men's cross-country team, a women's swimming team that is off to a historic 3-0 start, and a gold medal in the Junior World Cup for fencing.

Understandably, in this context, our football season does not showcase our team's full potential. Frustration is felt most acutely by the hardworking players and coaches who take pride in their efforts and are determined to improve their performance. I am confident that Pete Mangurian is a coach whose leadership and values will deliver that improvement in the years ahead.  Also understandable is the frustration with the state of Dodge Fitness Center. University Facilities has been talking with the athletic department for the last several months to determine the overall scope and cost of the project, a necessary first step to any major renovation.

In short, over the decade since I appointed Dianne Murphy, we have made enormous progress in the athletic department, and I am committed to continuing on this consistently upward trajectory. I am proud of our student athletes, and their continued success depends on the ever-growing support from all of us.