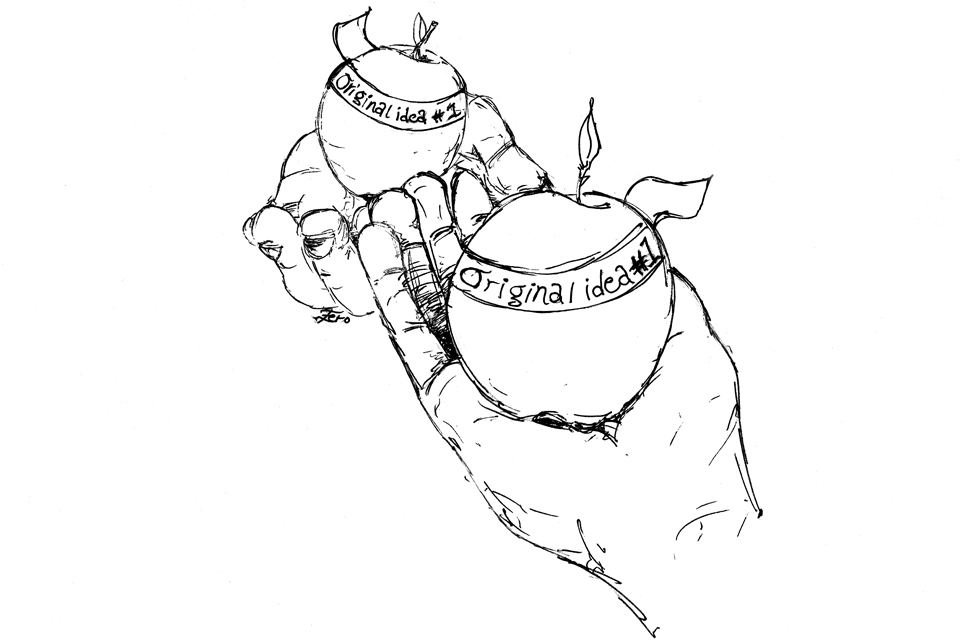 I was thinking about an old Kanye West tweet the other day. It was the denouement of one of his weirdly aggressive Twitter rants, and really only notable because it was, in fact, a famous George Bernard Shaw quote: "If you have an apple and I have an apple and we exchange these apples then you and I will still each have one apple. But if you have an idea and I have an idea and we exchange these ideas, then each of us will have two ideas." At Columbia, the Shaw quote might provoke responses from students that run the gamut from, "Why would Columbia students even be exchanging Apple products? They already have all of Mac's products anyway," to, "I eat intellectual exchange for breakfast, lunch, and dinner, unless I'm too hungover to care. Amen, Mr. Shaw. Amen."

Exchanges of ideas are extremely common on Columbia's campus. They're even more prolific on social media websites, where the cure for the malaise of social apathy is only a click away.

I'm not dismissing the study of the old masters—that would be downright sacrilegious given Barnard and Columbia's endorsement of the classics via the Nine Ways and Core Curriculum, respectively. Nor am I dismissing the importance of intellectual exchange.  However, I do believe that the quality of the critical conversations happening on Columbia's campus has been negatively impacted by an emphasis on the consumption, rather than the production, of new ideas. The college classroom has turned its focus to reading a laundry list of works from academics and scholars whose opinions and discoveries, though indisputably valuable, have crippled the market for intellectual exchange. As it stands, the critical conversations occurring within Columbia's campus serve to inform individual students but fail to mobilize groups of students to rally for change and innovation.

In Shaw's example, there is zero profit gained from exchanging apples, but the trade of ideas yields a 100 percent increase in profit . Most Columbia students do not experience this kind of gain when they engage in conversation with their peers. This is because the ideas we exchange are seldom original, and while individual perspectives might add some much-­needed fresh air to musty opinions, dialogue is often just the regurgitation of old, moldy ideas. In lieu of progress, we insist upon stirring an antediluvian bowl of milk and cereal without adding texture or creativity to the soggy mix—or even stopping to assess the sogginess.

Intellectual exchange is meaningless if it is not bolstered by the desire to use learned concepts to create new ones. While a student's love for the oeuvre of David Foster Wallace or a perfect recollection of Marxist ideology is certainly impressive, how much room does constant consumption of the greats leave for aspiring leaders to formulate their own opinions?

We, as an academic community, need to stop merely exchanging overripe apples—stunting our growths as intellectuals. We need to stop buying into the notion that the internalization of great concepts alone forms a great student.