NYC: How I learned to stop worrying and love the cliché

NYC: How I learned to stop worrying and love the cliché 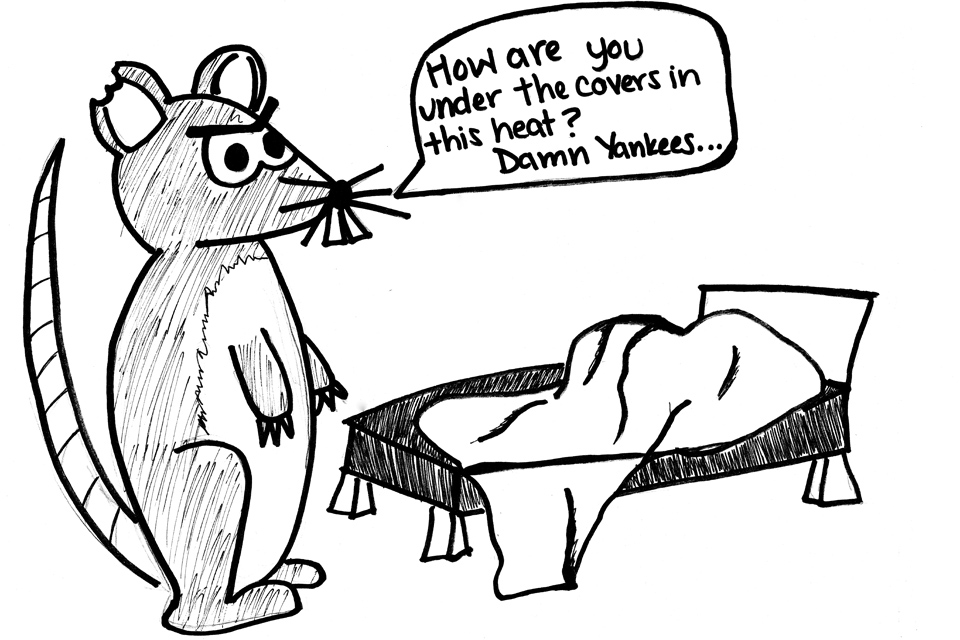 At some point during sophomore year, going back to New York after a break felt like coming home. It came around the time that I realized I couldn't go back to my hometown for the summer. I had been back the summer before, and because I was still with my high school girlfriend at the time, and all my friends were back, it was like nothing had changed.

It was during sophomore year I broke up with my girlfriend. My hometown friendships began to fade, and the ones I cared about weren't coming back anyway.

I got an internship in the city for the summer, and I started looking for an apartment with a couple of friends. We had no idea what we were doing.  I was sending out about twenty replies to Craigslist advertisements a day. We finally found a cheapish apartment on the "Upper East Side" (Spanish Harlem), which was one of two places that actually emailed me back. We got a tour from the hungover Australian woman who was renting the apartment (and who ended up staying two weeks into our sublet), and withdrew the money for the security deposit on our way back to campus.

As a Columbia student, you really can't have the New York experience until you've lived off-campus for a summer. Our apartment was tiny—my room was the size of my bed. We (mostly me) were too cheap to turn on the air conditioner and risk the electric bill, so we lived in intolerable heat with the silverfish, roaches, mice, and a pile of indefinitely dirty dishes in the sink (we were in a passive aggressive standoff with them). The owner of the apartment was a Lithuanian lady living in Alaska whose only means of contact were text messages sent in ALL CAPS and horribly misspelled. This was until the last week, when she came to the apartment, declared that we had stolen her glass figurines and tried to seize the security deposit. It was only after that summer when I realized that every negative aspect—the heat, the psycho landlady, the three jobs I worked to be able to pay rent (not including the two weeks I was employed by a high-class café which fired me without letting me know)—was what made the experience.

The New York experience is about clichés, which is why I have avoided writing a column about it for so long. Everything is a trope that has been beaten more than the poor horses that ferry tourists around Central Park. Under our apartment was a pizza shop operated single-handedly by an elderly Italian man who had probably been there since the Great Depression. You can't make this up.

I write this column, this love-hate description of life in the city, the bitching intertwined with the romanticization, and nothing could be less original. But that's the price and the beauty of living in New York (there, I'm doing it again—you just can't avoid it). This city is too massive, too iconic, and too magnetic for anyone to be an individual with an individual experience. It's like a rush-hour commute on the 4-5-6: You have to accept that you are part of the wave, and you are going to go where the wave goes, and you can't fight it. If every person is a parody of his or herself, every New Yorker is a parody to the umpteenth degree. This is especially true for us college students and recent college graduates, who are conscious of our unoriginality, and use weapons like irony and self-referentialism to fight the averageness, carefully toeing the line of hipsterdom.

When you've witnessed the rock bottom of New York clichés—like spending a night at a bowling alley/bar in Williamsburg where the fedora'd patrons have waited three hours to pay $14 for a round of bowling, passing the time with $9 craft beers—you always have the quintessential New York moments to make it all worth it. You go to the rooftop of your building with your friends with a cheap six-pack. You ride the subway at rush hour and instead of hating humanity, you look around and see the beauty of the diversity that only New York has, and try to imagine everybody's life. You realize that your dingy, cheapest-you-could-find apartment is a walk away from three parks, five world-renowned museums, a branch of the public library, and every food you could possibly imagine.

I have the love-hate relationship with New York that you are contractually obligated to have. With all likelihood, I'm leaving indefinitely once Columbia changes all of my locks in a couple months. Whenever I'm not in the city, though, I think about what it's like to have lived here—that first summer I was here, the next summer when I decided to forgo an apartment all together and hopped from friend's place to friend's place for two months, and of course, the four years of having Morningside Heights as my launchpad into the city. It's impossible to avoid the cliché living here, but that's what makes the experience. You need to embrace being a drop in the sea of madness while you still have the opportunity.