Letting go of grade inflation and our fear of failure

Letting go of grade inflation and our fear of failure 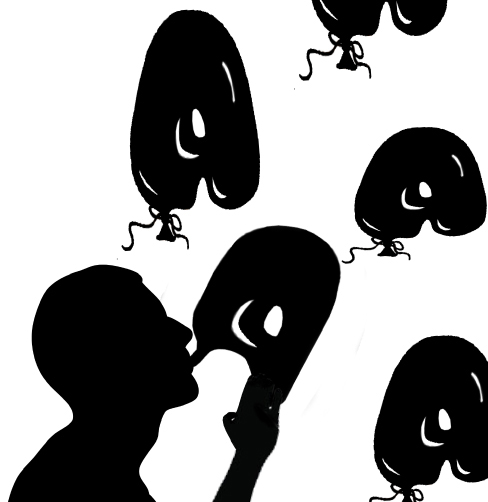 As I was studying for a midterm last Tuesday, Columbia College Student Council and Engineering Student Council candidates knocked on my door and promised, among other things, that they would make the grading curves at Columbia more fair.  Unaware of any grading curve problem, I turned to a popular new grade-distribution website for answers: gradesatcu.com.

I was completely thrown by the size of the problem at Columbia. It seems inappropriate that Columbia, which prides itself on its rigorous curriculum, should have any department where a student is more likely to have an A than any other grade combined.

The classic response to this phenomenon is found in a 2011 Spectator article. Here, political science professor Jack Snyder argues that students at Columbia and other Ivy Leagues are "above average in their basic capacities, so why shouldn't many of them do well and get good grades?"

My fellow Columbians are undoubtedly above average, but Snyder's assumption that grades should reflect one's caliber with respect to the average student is highly inaccurate. Grades should reflect a student's caliber with respect to the other students within his or her institution, not other institutions. If you disagree with this, then you should disagree with the calculation of your high school GPA, too.

In high school, most Columbians received amazing GPAs because they were the smartest students at their schools, and Columbia determined how this GPA compared to GPAs from other high schools. High schools cannot possibly determine how their students stack up with other high school students. They leave that to colleges to figure out.

This trend in grading underlines a flaw, not just of Columbians, but of most intellectually capable students in our generation. It encourages a fear of failure.

Because so many classes give over 50 percent of their grades in the A range—one section of Intermediate Spanish I gave 88 percent of its students A-range grades—the A becomes the norm. Perfection becomes the norm. When that happens, students begin to expect perfection of themselves, and in order to achieve it, they sacrifice everything to get it.

This shows itself most evidently on CULPA. Many of the gold-nugget professors on CULPA are described as lenient graders. Students who do well in a class are more likely to write positive reviews for a professor, increasing the likelihood that that professor will receive a nugget, despite the fact that CULPA is meant to evaluate a professor's teaching ability—not grading leniency. For example, the sole gold-nugget professor in the industrial engineering and operations research department is Anthony Webster, who, according to a reviewer, gives 40 percent A-range grades. Meanwhile, professors who are hailed for their teaching, such as Sunil Gulati, Susan Elmes, and Michael Como, but criticized for their grading policies don't get the same honor. Given this environment, students are more likely to pick classes largely based off of who they think will be the easiest grader.

This cycle can be dangerous because it encourages us to avoid failure rather than pick ourselves up from it. It builds up the perfectionist notions we gained in high school rather than challenging them. Thanks to grade inflation, we are conditioned to press a restart button that doesn't exist in the real world. You can't restart a job in order to perform better or abandon it just because everything didn't go your way, yet we constantly escape along these exact avenues at Columbia. Our school has implicitly taught us to run away from failure. That inability to cope is going to have some intense consequences.

As such, putting aside the fact that I, like all students at Columbia, don't mind the extra boost from grade inflation, I'm worried about the message it sends. I'm worried about the environment it creates, and I'm worried that it encourages sacrificing learning for a higher GPA. My hope is that as students, we can put our egos aside, realize that our GPAs don't define us, and use this realization to allow us to focus on learning, rather than résumé building. After all, isn't that what college is supposed to be about?

The author is a School of Engineering and Applied Science first-year with a prospective major in operations research and minor in computer science.