Looking for morals in all the wrong places

Looking for morals in all the wrong places 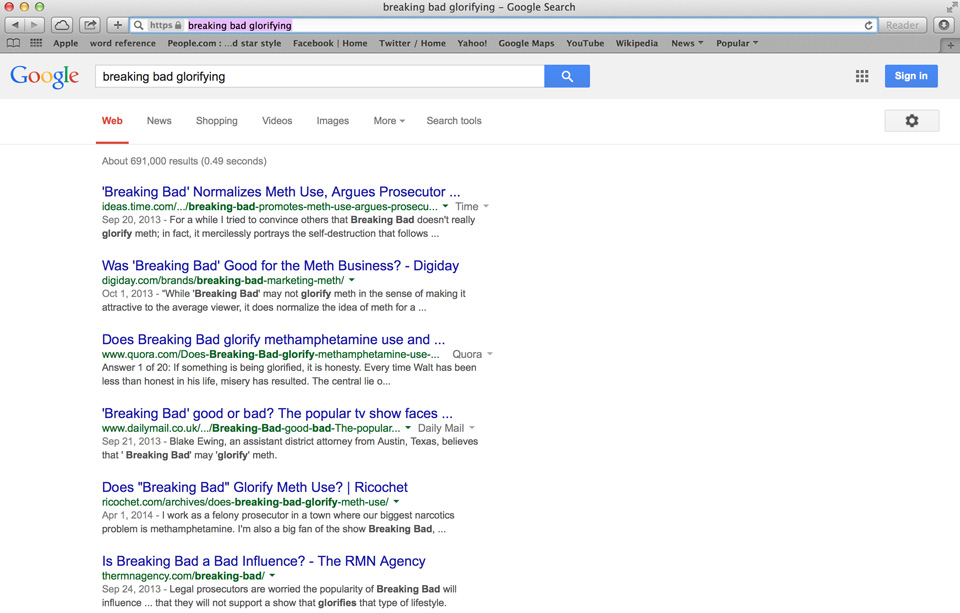 Real talk: We all make bad choices, but the way we talk about what is acceptable and unacceptable to depict in media often forgets this fact and seems to say that the only story worth telling is a moral one. That's the case of all your classic love songs, heroic ballads, etc.

But there are exceptions. Take a song like "Cherry Wine," by Hozier. The song is from the point of view of someone rationalizing domestic abuse from a lover. It's unusual in that it doesn't try to orient the situation within some moralistic lens. It doesn't talk about "doing the right thing" or overcoming—or whatever particular narrative society wants us to exclusively frame conversations of abuse in.

With all this in mind, I consulted the handy-dandy Internet to see if anyone accused this song of condoning abuse. Lo and behold, I found that no one had—not even one think piece to clickbait me into rage typing! As a lifelong person of the internet, I have to say I was pleasantly surprised, because if there's one thing I know about Internet people, it's that we love to bitch. As Exhibit A, I will now present to you my case for re-examining what we bitch about and why people need to chill out with their accusations of "glorification" in art and the media.

A quick Google search of "Breaking Bad" and "glorifying" turns up pages of results of hand-wringing people puzzled with what to do about a "very bad show" that is just "oh so good!" Articles lamenting the media for "glorifying" this or that immoral act seem to pop up all the time—and they're not limited to murder, domestic violence, drug use, adultery, or even mental health. (Chastising the media for "glamorizing" mental health—as if it were immoral—is a whole other topic. I digress.)

In all these discussions though, I find that people use buzzwords like "glorify" to conflate depiction with endorsement, approval, or "glamorization" of subject matter that has any kind of moral complexity or forces the viewer to confront an #unpopularopinion.

A great article on xoJane by Lesley Kinzel takes to task the idiotic assertion that representations of fat acceptance in media are dangerous and "advocate for obesity." This line of logic, she explains, would have us believe that by extension, Kinzel's very existence "glorifies" a life that society has told us should be full of shame and self-hate. I don't think it's that hard to see that the rationale behind representation as glamorization is wrong, but why is this logic still entertained in, well, entertainment?

Something is not being "glorified" just by virtue of its appearance. Someone who has the audacity to present a narrative that features certain moral ambiguities or socially condemnable situations is not then liable to "glorifying," just as anyone watching these things is not automatically a proponent of them. In an essay on depictions of violence in culture, the late film critic Robert Warshow writes, "one of the well-known peculiarities of modern civilized opinion is its refusal to acknowledge the value of violence." He continues, "This refusal is a virtue, but like many virtues, it involves a certain willful blindness and it encourages hypocrisy."

Think of all the narratives we read in Literature Humanities to bring this closer to home. The Iliad is full of ethical struggles and it's violent as hell. Does anyone think that, after reading it, we are more inclined to go spear a person in Ferris in order to defend our honor from someone's vagabond, line-cutting ways? No. Did anyone have a "Come to Jesus!" moment after reading all about Augustine's torturously boring life? Probably not. Yet when it comes to "the criticism of popular culture," Warshow explains, "the presence of images of violence is often assumed to be in itself a sufficient ground for condemnation." Switch out violence with whatever vice you please—the reaction is still the same.

It is not up to characters on TV, books, or movies to be our moral compasses. The point of the media that we consume is not to create templates of morality to model our lives on but to tell stories of our lived experiences—ugly and imperfect as they come. Those who our culture condemns as morally bankrupt, or as failures to uphold "good principles," shouldn't be silenced or censored because of it. The human experience is never one of moral clarity, and the "bad" stories are still worth telling.