Bonfire of the (timeline) vanities

Bonfire of the (timeline) vanities 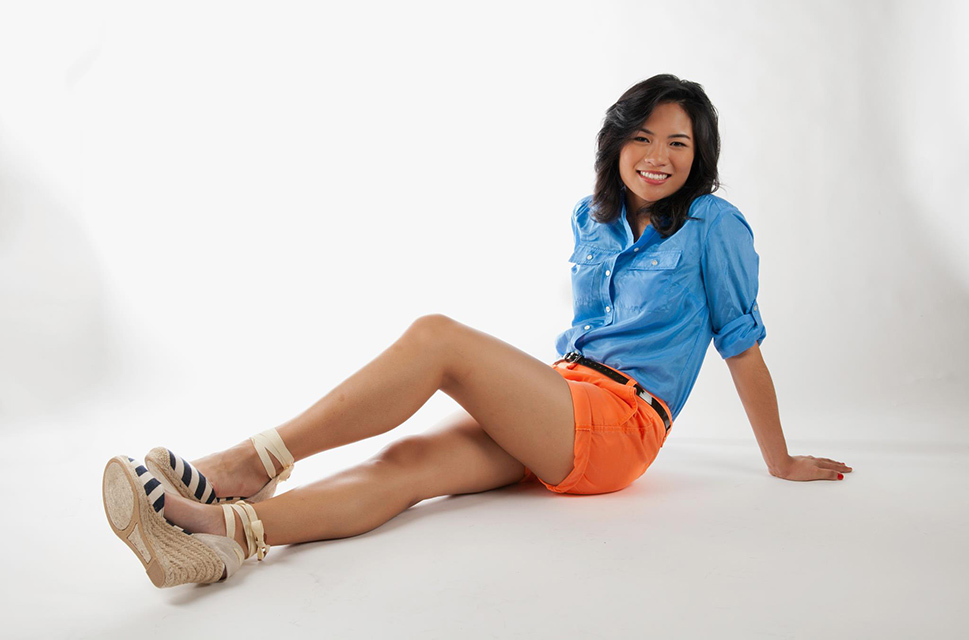 One of many campy senior portraits featuring me in ill-fitted espadrilles and orange chinos...

The other day I woke up from a power nap only to be greeted by not one, not two, not five, but 55 Facebook notifications—all from an incandescently energetic first-year I befriended less than a month ago. She had gleefully taken it upon herself to go through all of my profile pictures and "like" every single one of them, thereby unearthing horrifying portraits of me (including some from my scene phase) for all of our mutual friends to snicker over.

By doing this, she released 55 miniature Paulinas from their time-guarded prison cells. These Paulinas then used their newfound freedom to fill the Facebook feeds of my friends. I don't mean to sound narcissistic when I say this, but what had started out as an innocuous prank rapidly transformed into a self-sustaining News Feed-clogging nuisance.

I forced myself to click through all of the photos exhumed from what I had erroneously presumed to be their final resting places. As I stared at a profile picture from 2012, one of many campy senior portraits featuring me in ill-fitted espadrilles and orange chinos, it dawned on me that perhaps the backlogged photos, preserved in the gooey resin of Facebook, were meant to be uncovered after all.

My Facebook profile isn't a graveyard; it's a time capsule.

And it's done a great job of staying forgotten under newer photos and status updates. As a matter of fact, the only time I've really stopped to think about my old profile pictures this semester was to ruminate on how embarrassing they all are.

Last year, I read a handful of articles about what to do the summer before the first year of college. The majority of them advised cleaning up unsightly tagged photos on Facebook and even unfriending the people that you secretly hated in high school, all for the purpose of cultivating a more mature, collegiate self, ready to befriend mature, collegiate people. I remember half-heartedly deleting a couple of embarrassing photos from 2009 before giving up on the procedure entirely.

Even though I never curated my Facebook profile for college, I'm sure there are good reasons for doing so. People have lots of good reasons to want to start college off with a tabula rasa, especially since high school was—for most of us, at least—tolerable at best, and traumatic at worst. Perhaps the fact that I hated high school, yet never expunged it from my Facebook profile, is a testament to my own laziness.

But maybe there's more to it than laziness. Maybe I kept all of those photos because they're helpful reminders of my personal growth. Nothing humanizes inaccessible campus celebrities more than creeping on their Facebook profiles and discovering that they, too, had an awkward phase. I crave the feeling of shameful solidarity that arises from finding out that your college friends also overused the "XD" and ":3" emoticon in 2009. These time capsules are evidence for just how much we've all come since we stumbled onto the social media scene. And there's no better way to get rid of that Columbian veneer of casual coolness than by looking through your peers' poorly-lit Photo Booth selfies.

The unearthing of our social media presence from years past shouldn't be a source of shame or embarrassment. Instead, we should think about it as a valuable reminder of our progress as people since that photo—you know, the one where you're wearing a tunic and a pair of Uggs. (After all, you probably felt like the hottest new thing in those Uggs.)

And besides, old photos are never as embarrassing as you think they'll be. As a matter of fact, once that senior portrait trickled down from my closest friends to the masses, people started treating the photo seriously, as if it were taken recently—never mind that I haven't touched a single espadrille or worn chinos unironically since high school graduation.

It was an old photo, I figured, but it didn't look terribly dated. With my computer incessantly beeping as the photo accumulated more and more Facebook likes, I shrugged and made it my profile picture.