Shaving the world of slacktivism

Shaving the world of slacktivism 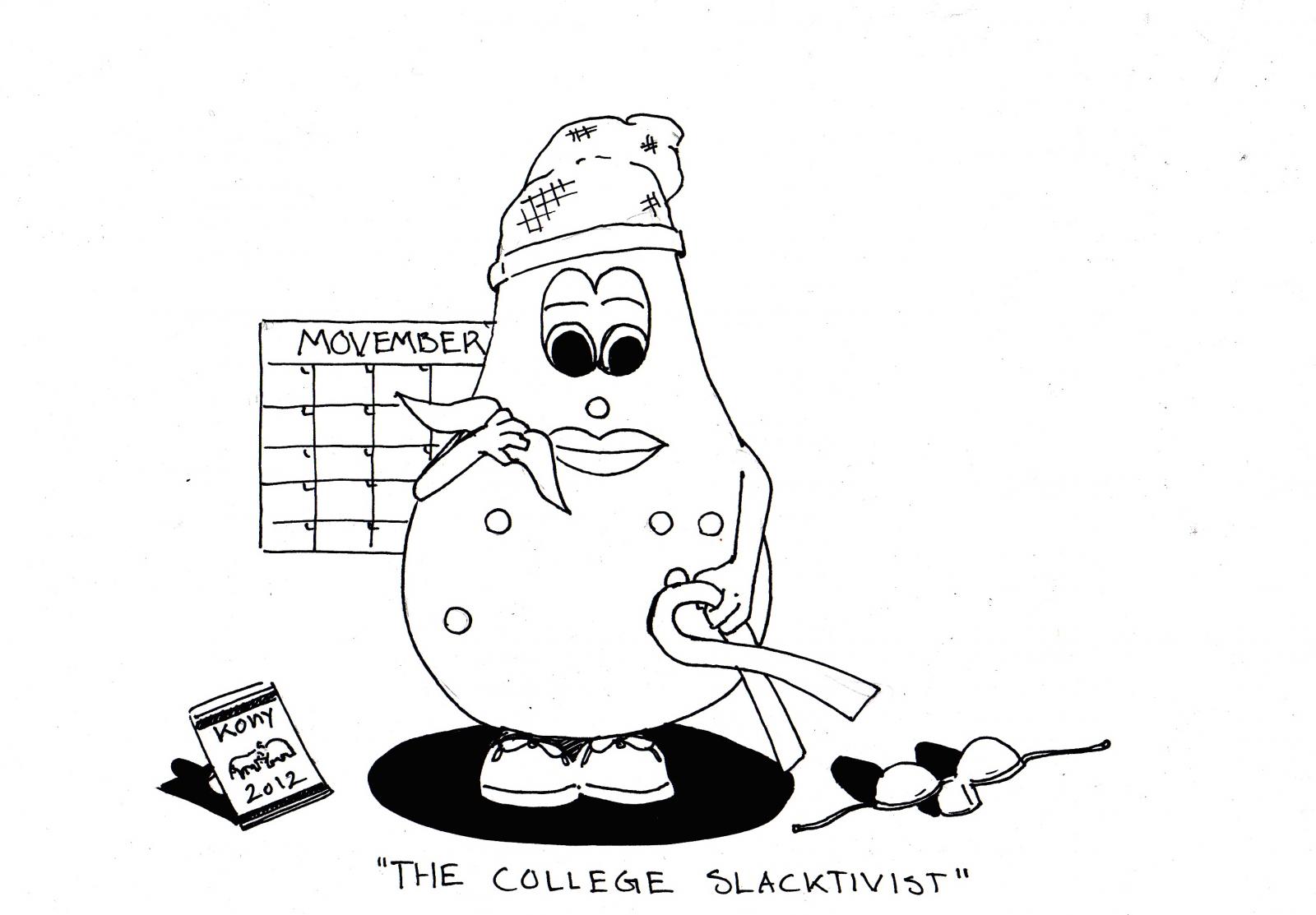 You may notice that there are more mustaches and overgrown five-o'clock shadows on campus than usual. At first you may think it's a new men's grooming trend, like the Bieber or man buns. But then you hear the term "Movember" or "No-Shave November" tossed around. Men aren't just cultivating their beards, mustaches, and sideburns for the sake of protecting their faces from the harsh winter cold. No, the onset of scruff is part of a larger activist "mo-vement" to raise awareness for testicular cancer, prostate cancer, and mental health.

But how are people supposed to figure out the link between facial hair and cancer prevention? Normally, when I see someone with a bushy beard, I don't immediately think, "Whoa, testicular cancer!" For those who aren't already in the know, there's no way to figure out that this is a form of activism.

In practice, Movember fails to raise awareness. Participating in the movement doesn't tell anyone about prevention or detection methods. To make a difference, we need more than a friendly reminder that prostate or testicular cancer exists. What we have here is a classic example of slacktivism. It requires minimal effort (such as not shaving) and does nothing to solve the problem at hand.

This is just the latest example of slacktivism. Who could forget when everyone changed their profile pictures to their favorite cartoon character in support of child-abuse victims? Or our efforts to stop Joseph Kony in 2012? Then there's my personal favorite: when girls posted the colors of their bras to Facebook in an effort to raise awareness for breast cancer, without telling boys what it meant.

Our long history of social-justice activism is one of the most important, distinguishing qualities of the Columbia and Barnard community. But as we try to expand the number of issues for which we fight, we spread ourselves too thin and we lose sight of our passion. Activism has become a knee-jerk reaction, and we've stopped questioning if our actions have any effect. We find low-effort causes to support so that we can pat ourselves on the back for making the world a little bit better. We are becoming Lindsay Bluths of activism—our commitments to causes are fleeting and the results are relatively low-impact.

Activism needs to return to its origins: action. Action brings change. Causes shouldn't be reduced to winning social justice Brownie points. On campus, we have so many creative and motivated students who are capable of making a real difference. Obviously, we cannot devote ourselves to every cause that needs attention. Rather, each of us needs to focus on a few causes toward which we can devote the energy required to make real progress. We cannot allow ourselves to get stuck in the trap of slacktivism—our job isn't done just because we didn't shave for four weeks. We owe it to ourselves and everyone else to do better. In the words of Ron Swanson, "Don't half-ass two things. Whole-ass one thing."

Alex Della Santina is a School of Engineering and Applied Science sophomore majoring in electrical engineering. She is a member of the Columbia University Marching Band. The aleX Factor runs alternate Tuesdays. Today is her birthday. Happy birthday!