A bolder Barnard for transgender students

A bolder Barnard for transgender students 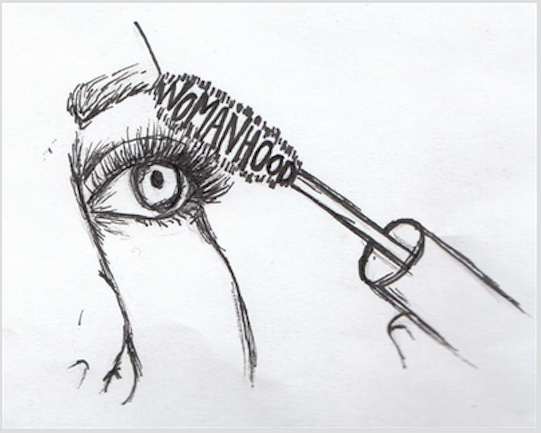 By only a sliver does Barnard fail to represent transgender students, despite the acceptance of zero trans women each year. Consider that 0.3 percent of American adults are transgender, as reported by a 2011 study done at the Williams Institute at UCLA. The ratio means that Barnard needs to accept approximately seven transgender people to match trans presence in the United States. The number shrinks when including other criteria: About 6.5 percent of Americans attend college presently, and self-identifying men constitute almost half the population. Of course, 0.3 percent is an untrustworthy total, with no accurate numbers on transgender college students. The distinction between underrepresented and no representation seems dangerously narrow.

The logical response is developing an affirmative action policy for gender-nonconforming students at Barnard. An inclusive admissions policy for trans women would appear a good first step, but will likely prove insufficient to building a greater trans presence on campus. An open door for trans women would likely culminate in an insufficient means of building a more egalitarian culture.

As it stands, Barnard's social environment cultivates conformity, neglecting its commitment to "intellectual risk-taking and discovery." Attending Barnard, with its diversity of thought and culture, is the greatest among my myriad privileges. A majority of us, however, appear more invested in acclimating to norms.

Critical thought becomes endangered when we instead prioritize being understood and included. We tend to forsake encounters with difference, which are crucial to fully engaging "issues of gender in all of their complexity and urgency." Approaches to women's issues seem predicated upon universalized, homogenized perceptions of patriarchy. For example, some students found offense with Pablo Picasso's Les Demoiselles d'Avignon in a discussion section. My classmates immediately denigrated the masculine gaze, denying the sophistication of Picasso's possibly gender-fluid portrayal. The tendency to apply gender binaries propagates uncreative scholarship.

An affirmative action policy for gender-nonconforming students assures learning that is more worldly, creative, and insightful. I'm not stating that trans women are the antidotes to narrow-minded scholarship. Rather, their open self-identification as trans, in a society hostile or indifferent, epitomizes the boldness that Barnard values. The college needs more than a handful of gender-nonconforming students to instigate more courageous and innovative learning.

Embracing an affirmative action policy for trans people also means supporting other groups, both on campus and beyond. Three months after John F. Kennedy first used the phrase "affirmative action," Martin Luther King Jr. said, "... the present administration must have the insight to see that today the nation cannot exist half-segregated and half-free." University students of various creeds interact beautifully, but we remain in a segregated world. Classmates can't walk in certain areas without the danger of rape. A recent incident at Yale, in which an innocent black student was detained at gunpoint, reinforces the threat of murder that black people face. Trans people are not the only ones barred from certain spaces because of who they are. The legacy of affirmative action joins people with different causes in the same fight.

That legacy is also a fraught history. Critics argue that admissions quotas are unfair because they displace qualified candidates and perpetuate racial categories. As a half-Chinese American, I felt the results of unmerited disqualification and racial categorization firsthand when I applied to college. Yet, I recognize the advantages that I've enjoyed because of my ethnicities. Affirmative action does not solely mitigate a history of inequality, but also enables colleges to stay apace with the demographics of contemporary America.

It is naïve to think that Barnard's Office of Admission does not already target particular percentages and categories of people. Barnard reports nearly 40 percent students of color in attendance, despite the varied matriculation rates of ethnic groups in the United States. The current policy does not create nor perpetuate ethnic difference, but acknowledges pre-existing multiculturalism. A policy of diversity is neither a new nor extreme concept.

As Columbia and Barnard adjust to the changing face of America, we arrive at the matter of how to incorporate transgender people into our community. Barnard is clever enough to find a process that works for the college and its potential members. It's only reasonable that we attempt to build a robust community of gender-nonconforming students at Barnard.

Laura Allen is a Barnard senior majoring in English. She is a former associate copy editor for Spectator and the president of the Barnard Outdoor Adventure Team. Laurem Ipsum runs alternate Thursdays.