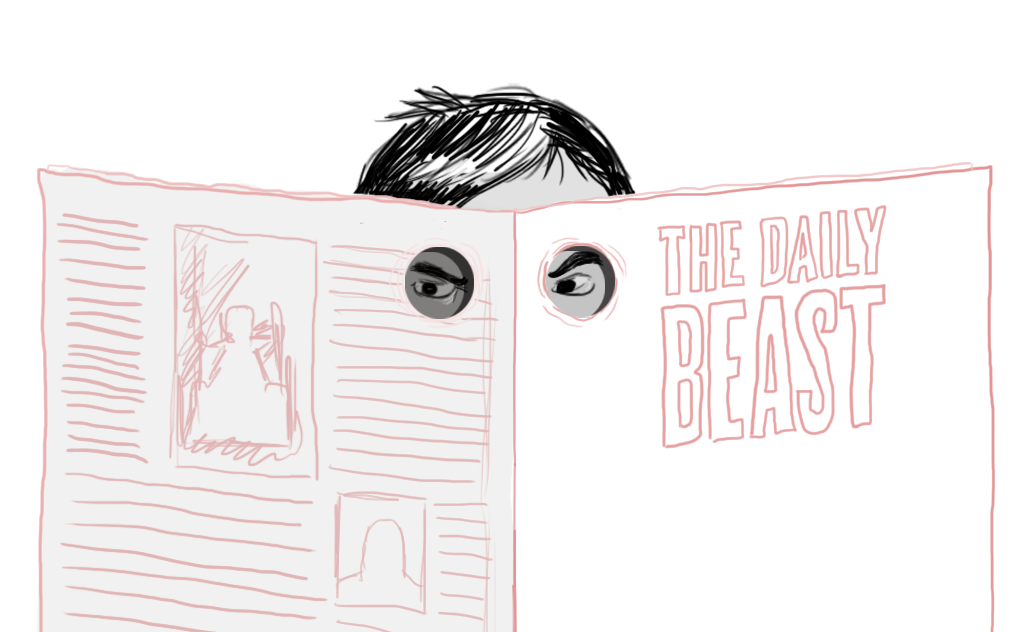 Yesterday, the Daily Beast published an article by Cathy Young detailing Paul Nungesser's side of the story. For those who haven't read it, this article is notable for two reasons: It's only the second time Nungesser, the Columbia University student who allegedly raped Emma Sulkowicz, CC '15, has commented publicly, and the first time some evidence—including Facebook conversations between Nungesser and Sulkowicz—has come to light.

If you read the comments (tip: never read the comments), it's evident that many people take the flirtatious and affectionate tone of Sulkowicz's Facebook messages as proof that her accusation is false—something the article seems to imply. To put it bluntly: it's not proof. The Pennsylvania Coalition Against Rape addresses it succinctly: "It is common for victims to maintain contact with their abusers because they may still feel affection for them even though they hate the abuse."

The other prevailing idea in Young's article is that Nungesser was deemed innocent by a judicial process but convicted in a "trial-by-media." This is unsurprising—Young has written many articles about false rape accusations and the problem they pose. And yet, I am still perturbed by her article, because there is truth to her claim about a trial-by-media.

Over the past year and a half, we've seen a dramatic increase in our campus' discussion of sexual assault. As Spectator's opinion editor, I was privileged to help shape a little of that discussion. At the time, I was proud to help students tell their stories and to promote discourse about sexual assault policy. I still am.

But I think we—not just the opinion page, not just Spec—but we, the members of the campus media, failed specifically with Sulkowicz's story by not being thorough and impartial.

Instead, campus media's goal to promote discussion about sexual assault and to support survivors became conflated with a fear of rigorous reporting. Personally, I felt that if I covered the existence of a different perspective—say, that due process should be respected—not only would I have been excoriated, but many would have said that I was harming survivors and the fight against sexual assault.

Getting other perspectives was not easy. Neither the University nor Nungesser was forthcoming with comments and it was—and still is—exceedingly hard to find anyone comfortable with commenting at all. The amount of backlash I will likely receive for this column is a testament to why that is.

However, that does not absolve campus media, nor myself. It was our responsibility to be impartial about Sulkowicz's story, and being impartial means more than prefacing rapist with "alleged," which is just a technicality. We should have been critical and brought Sulkowicz's problems with the University procedure and Nungesser's Facebook conversations to light sooner. This failure matters, because the media—even undergraduate media—can help in the fight against sexual assault with strong, impartial journalism, as evidenced by reports on rape statistics, sexual assault policy, or commentary on rape culture.

This raises the question: Is it possible for the media to be true to a mission of supporting individual survivors and still have critical coverage? Not only do I think it is—I think it's necessary. Critical coverage isn't only for the benefit of the accused, but for the public and the survivors themselves. Thorough and impartial reporting can only serve to validate a survivor's claims, while biased or incomplete reporting can only serve to fuel doubt and mistrust. The media helps no one by remaining lax in its coverage.

But outside of the media, on a personal level, there's still a quandary. Is it possible to support and acknowledge someone as a survivor without implicitly deeming the accused to be guilty? I'm not sure it is, except maybe in cases when the accused is anonymous. But when the name of the accused is out there, supporting one person as a survivor must damn the accused. Similarly, to follow presumption of innocence and believe the accused is innocent, you must disbelieve their accuser. I wish there was some other way to reason this out—to support Sulkowicz as a survivor without labeling a potentially innocent Nungesser as a rapist, or to believe Nungesser's innocence without believing that Sulkowicz lied.

For someone who doesn't feel comfortable with deciding one way or another based on the evidence available, the only option is to withhold judgment, which is perhaps the least popular sentiment out there. That's not an opinion for everyone—I recognize that. Valid points that claim we students should treat Nungesser as innocent exist; valid points that claim we should treat Nungesser as guilty exist.

Both stances are valid in the court of public opinion, regardless of their likelihood. But these opinions—as well as my own view that Nungesser is probably guilty—are not tenable views for the media to adopt.

Ultimately, the media does not know whether or not Nungesser is guilty, and due to serious issues with the judicial process, cannot rely on Columbia's verdict. And while Nungesser is statistically guilty, that is not justification for the treatment he has received at the hands of the media.

Young's article implicitly calls out Nungesser's treatment by his fellow students as harassment. I'm not concerned about that. Sulkowicz is either exercising her right to freedom of expression, or she's violating it via slander, which Nungesser can sue to put a stop to.

What I'm concerned about is uncritical coverage of this case and other cases. It is particularly when there are so few news outlets, in a small community like ours, that we need our media to do better—for those who are accused, for the public, and most importantly, for survivors.

Daniel Garisto is a Columbia College junior majoring in physics. He is a former editorial page editor for Spectator. Danthology runs every Wednesday. Follow him @dangaristo