Columbia athletics is afraid of the penis (NSFW)

Columbia athletics is afraid of the penis (NSFW) 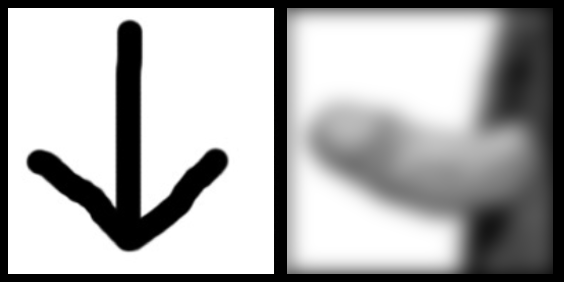 Today I'm going to bring an injustice to your attention—one you've probably never heard about. Our species is truly remarkable in its ability to collectively ignore injustice. Most adversity runs parallel to our lives, with no points of intersection. An Ebola outbreak rages in West Africa to this day, yet New Yorkers stopped caring as soon as the virus was contained locally, and we no longer had to worry which subway poles were safe to lick. Personal distance is not a legitimate excuse to disregard oppression.

However, you shouldn't feel guilty for the wave of apathy the next sentence will inspire within you, because the following injustice is thoroughly unimportant and affects almost no one. I am referring of course to the athletic department's unreasonable censorship of the Columbia University Marching Band's football shows. Seriously, it would be in your best interest to read something else right now—something that matters. Here's a link to the New York Times opinion page. Everybody there is an excellent writer, with vocabularies far exceeding my own. I've used "injustice," like, four times already.

That being said, what this injustice lacks in gravity it makes up for in penises.

I was the CUMB's Poet Laureate in 2012-13, meaning I was in charge of writing the pregame and halftime shows that the band performs at every Lions football game. These shows comprise both jokes read over the loudspeaker and formations the band attempts on the field. Generally speaking, but with notable exceptions, the material is not very funny. Most people assume this is because we are not very funny. And even though this assumption is correct, a huge unseen factor is the frequently hilarious censorship process each script must endure.

Sometimes the review involves cutting totally innocuous and family friendly jokes for fear of parents and alumni being offended. Granted, given the number of students on this campus that explode with righteous trauma at the faintest whiff of humor, this may be a more reasonable concern than I thought at the time. However, the censorship was often more sinister than that. For the Penn game in October (the team lost—badly), our initial script included the following allusion to recent Chinese history, in the context of some stupid CCSC drama.

"The incident culminated in massive protests, military intervention that you can't Google on the Columbia wi-fi network, and a photogenic standoff between a SEAS kid and a tank."

We were not allowed to keep this sentence ("the tank part," in the words of the athletic department's censor). I repeat: athletics would not let us reference Tiananmen Square. A school that preaches First Amendment ideals adheres to literally the same censorship standards as the Communist Party of China. I promise I am not leaving out some crucial bit of context; neutral Tiananmen Square acknowledgment was a no-go. For the Princeton game (the team lost—badly), our script was problematic because it was "overtly negative toward Princeton." I thought the script gave the whole game some balance, because the scoreboard has always been overtly negative toward Columbia.

But it was the censorship of our field formations that baffled and amused me the most. The athletic department is always paranoid that the band will claim to form some G-rated long object, only to coalesce into a throbbing cock instead. To be clear, this fear is completely unfounded. I never once attempted to sneak a penis or a penis-like object into the script. I would never put a penis where it was not welcome.

To this day, the athletics censor requires rough drawings of upcoming formations, and approves or rejects the formation based on those drawings. The following are 100 percent real drawings that I submitted and that athletics rejected on the grounds that they were sexually explicit. For reference, I have included a detailed illustration of a human penis.

I called the drawing on the left "Downward Arrow" because that is what it was meant to represent. At the very least, it does not resemble a human penis. Note the two diagonal lines that converge at the bottom of the left drawing, making the arrow point down. The drawing of the penis, on the other hand, contains no such lines. Instead, the penis has visible veins, which do not point in any one direction.

This drawing, depicting a wrecking ball (meant to swing back and forth, as indicated by the left and right penises), was also too saucy for athletics' tastes. I maintain nonetheless that there are key observable differences between the left drawing and the penis on the right. One of the defining features of male genitalia is the scrotum, which is clearly absent from the wrecking ball. Additionally, the tip of a penis is almost the same girth as the shaft, whereas a wrecking ball is a large metal sphere attached to a narrow chain.

Finally, this is a drawing of FitzRandolph Gate, located on Princeton's campus. I understand that gates are sometimes taller than they are wide, often with a pointed third side. Looking at these two images now, I see how my drawing could raise some red flags. Parents who saw the gate on the field would have no other choice than to give their sobbing children a full explanation of human sexuality. Even so, my gate drawing was in no way intended to be a penis. That's why I didn't include the corpus spongiosum (the large tubular tissue surrounding the urethra) or the urinary meatus itself in the rendering of the gate.

Look, I understand the requirement to get department approval for our shows. There is no Constitutional right to form a dong at a sporting event (though Ben Franklin pushed for it). The 50-yard-line is not a sacred forum of the marketplace of ideas. I'm not saying genuinely explicit or offensive material should be allowed on the field. The point I'm trying to make, the heart of this issue, is that Columbia Athletics is obviously home to some incredibly fucked up penises. Dicks that look like arrows, wrecking balls, and FitzRandolph Gate. Dicks that need your sympathy.

So before you criticize some poor athletics official for this or that reason, just remember: under those khakis is one nightmare of a penis.

Ziyad Abdelfattah is a Columbia College senior majoring in political science and music. He is a former poet laureate of the CUMB. Ziyad's Cry for Attention runs alternate Fridays.