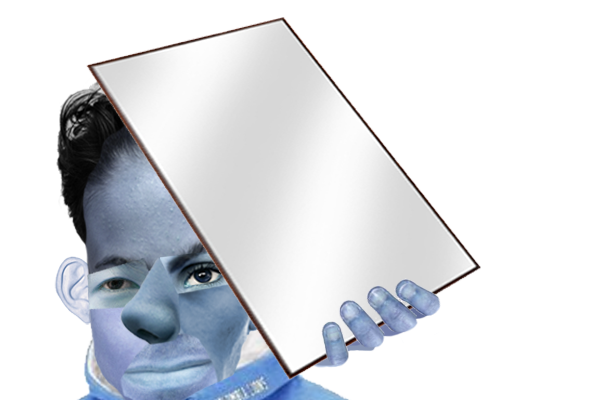 Now that I'm in college, though, and I find myself frequently trying to explain how I see the country, the conflict, and the relationship that American Jews have to both, I have come to realize that my experiences and perspectives as a Jew are as inhibiting as they are enlightening. While my upbringing has given me insights into certain elements of the conflict, it has also blinded me to others. At times, I find myself too close to the conflict to see the whole picture.

Our campus discourse rarely acknowledges such limitations, and when it does, it addresses them inconsistently. Many Jews both on and off campus feel as if critiques of Israel are often infused with anti-Semitic language or sentiments, and some certainly are. But critics of Israel are right to point out that one can take issue with the nation's actions and not hate Jews. Just because something feels anti-Semitic doesn't make it anti-Semitic. While we need to acknowledge and consider how we feel, it is equally important to realize that we cannot always trust our feelings, that what we feel is not always true.

Yet, while we as a student body accept this reasoning when applied to anti-Semitism and Israel, we do not accept it when applied to other issues of "identity." It is a common refrain to say that, if something feels offensive to a person of a given background, then it probably means that whatever you did was objectively offensive. Ninety-nine percent of the time I think that's true. Nevertheless, I think we experience some significant cognitive dissonance in accepting such reasoning when discussing something like race in America but not Israel.

None of us can deny the importance of considering personal experiences when talking about public issues. Hearing the stories of others helps us make the abstract concrete. It allows us to understand the perspectives of other people. It is as important as any other data or information when considering a topic. The lessons that people learn from poverty, for example, cannot be discerned from surveys or spreadsheets. There are things that we can only understand by listening to the experiences of others. These stories are the material that allows us to use our imaginations productively, to occupy the spaces of other people and approach the issues of the world with compassion and understanding.

Nevertheless, that does not mean that personal experience imbues us with the intellectual authority to own a certain topic, or to control the conversation surrounding it. As a Jew I'd like to think that my opinions on Israel carry a special weight—not because they mean more, but because they provide a different take than those of others. I feel, as a result, that a discussion would be lacking if it didn't have some input from a few different Jews. However, the relevancy of my opinions does not provide them with irreproachable authority. My specific knowledge is not absolute knowledge.

We live in (what is supposed to be) a democracy. Our conversations should, as a result, be democratic. We all own a little piece of each conversation we have. Though aid to Israel may mean something to a New York Jew that it does not mean to a gentile from Oregon, the gentile's voice is still valuable. He still has a seat at the table. More Americans have been murdered in Chicago since 2001 than died in the entirety of the war in Afghanistan. On Easter weekend of last year more people were shot in Chicago than in the entirety of Iraq, many of them children, and many of them people of color. I am not a person of color or a resident of Chicago. But I have just as much of a vested interest in the violence there as I do anywhere else. The problem affects me differently than it affects the people who live there, but it affects me nonetheless. We are, to speak in clichés, all in this thing together, and we have a responsibility to each other to say what is on our minds. We only hurt each other when we say, "this is not our place" or "this is not your place."

Personal experience is only a part of the democratic knit that we form. It is, however, still an integral part. We must listen to those who have firsthand knowledge of things that we do not. As expansive as our imaginations are, they need material to work with—they cannot be an absolute substitute for the articulated experiences of others. Nevertheless, we cannot solely rely on the anecdotal to drive how we approach different subjects; personal experience does not always yield intellectual authority.

Just because I can say, "As a Jew," does not mean that I have the right to shut down anybody else who wants to speak regarding a "Jewish issue." My opinion is not gospel, but simply the product of a particular set of experiences that needs to be considered in the context of the factors that produced it. It is, I hope, a valuable opinion. But it can never be the opinion, if we hope to have open and productive dialogue about the things that mean the most to us.

AJ Stoughton is a Columbia College junior majoring in American studies and English. He is the vice president of the Roosevelt Institute, and the editor in chief of the Columbia Review. Judson River Valley runs alternate Mondays.