Confessions of a departing drug dealer

Confessions of a departing drug dealer 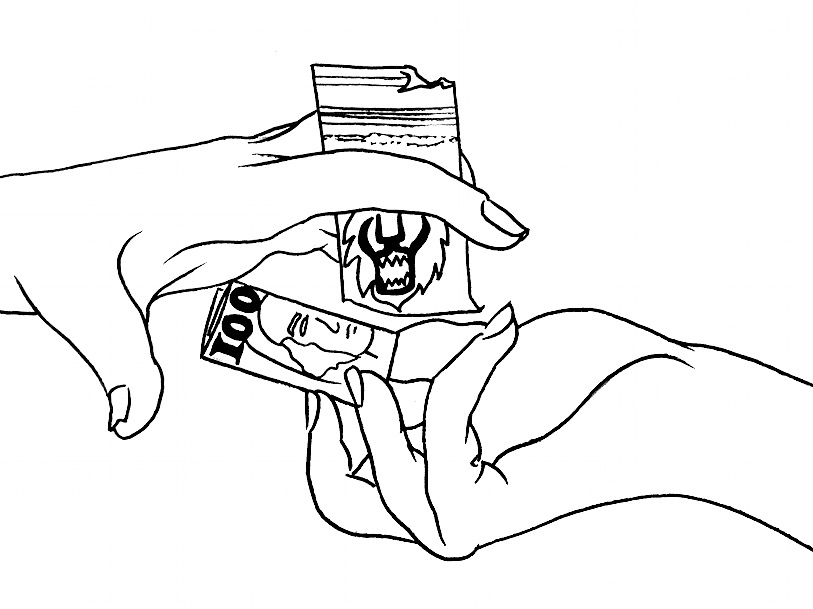 Bacchanal is approaching, and with it comes a week of excitement. Midterms are long forgotten, receding more and more into the past with each new day. The tarps are pulled off of the lawns, and everyone prepares for one well-deserved day of pure fun. Part of this preparation, at least for a good segment of the population here, involves acquiring a bevy of "fun-assisting" substances.

That's where I come in. Weed, edibles, MDMA, coke—I have sold all of these over the past week, in staggering amounts. Several hundred students (and I would call that a conservative estimate) will be smoking my weed this Saturday. There will be more than 100 students rolling on MDMA, thanks to me alone.

Some might say that I should feel ashamed for being responsible for so much drug use, but I really don't see any reason why I should feel remorse. Most people agree about the relative safety of marijuana at this point, and I would even argue that pure MDMA is safer than alcohol, "pure" being the key word. MDMA, or "molly," has garnered a pretty negative reputation, but this is overwhelmingly due to the fact that many street dealers cut it with other, more dangerous substances (something I would never even think of doing in a 1,000,000 years). I always make sure that people know what the proper dosage is, and nothing would make me happier than for everyone to have a safe, fun time.

In a way, the liquor store attendants who do not check IDs generate much more risk than I ever do. I make sure that everyone who walks out of my room is well-equipped with the knowledge needed to use substances safely. This is motivated by anxiety more than anything else, to be honest. Two of the worst experiences of my life have come when people have severely hurt themselves using drugs bought from me. Though both incidents took place a good while ago, they still keep me up at night sometimes. I have been responsible for some serious injuries, and that is something I will always carry with me. Having learned from past mistakes, I do my best to make sure there is no chance of something like that happening again. (Don't worry, parents, your kids' drug dealer is looking out for them!)

Fraternity brothers, artists, athletes, timid first-years (easily discernable by the almost deferential manner in which they speak to me), jaded seniors, GS students, CCSC members, resident advisors, Spectator writers, a couple of my own TAs, and probably someone from every sizable demographic on campus—they have all come to me in the last few days for their various fixes. And I love every second of it. I find something so fulfilling and exciting in being the person that people rely on for fun. There was a period when I was aware that I was losing money—not even to mention the time I was spending—doing this. But it results in a rush that's honestly somewhat addicting, funnily enough.

And yet, despite how exhilarating a ride it has been, I'm calling it quits. Operation Ivy League still looms large over this campus, and if any law enforcement group were to turn its focus back on our campus, I would be a top target. I know that I would not be able to enjoy myself at Bacchanal thinking about all the grams and pounds of various substances just sitting in my room, waiting to be seized. The stress is no longer worth it. I feel as if every policeman or Public Safety officer I walk by is sizing me up, and my network is scarily large at this point. Of course the vacuum will be filled—market forces at work and all that. People are resourceful here and I can testify that they will put in the time to find the drugs of their choice. To put it simply, things are not going to change in the long run.

I am so happy knowing that at Bacchanal a large portion of all the fun will be thanks to me. I've always been less interested in selling "study drugs" like Adderall and Ritalin, even though there is a huge, thirsty market for those here—there's already enough of a stress culture surrounding academics. Fighting that stress culture, making sure that people are able to smoke a fat joint after being in Butler all day—that's what has sustained me for so long.

So to all of you attending Bacchanal: Enjoy! There will certainly be libations aplenty, but if for some reason you would prefer not to flirt with alcohol poisoning, hit me up sooner rather than later. After Saturday rolls around, the only person I will be providing for will be myself. If you see someone in the crowd with bloodshot eyes or dilated pupils having an especially good time, just know that I am likely responsible. I cannot say how Columbia's War on Fun will turn out, but I have certainly done my best to win at least a few battles.

The author has been granted anonymity due to the illicit nature of this content.