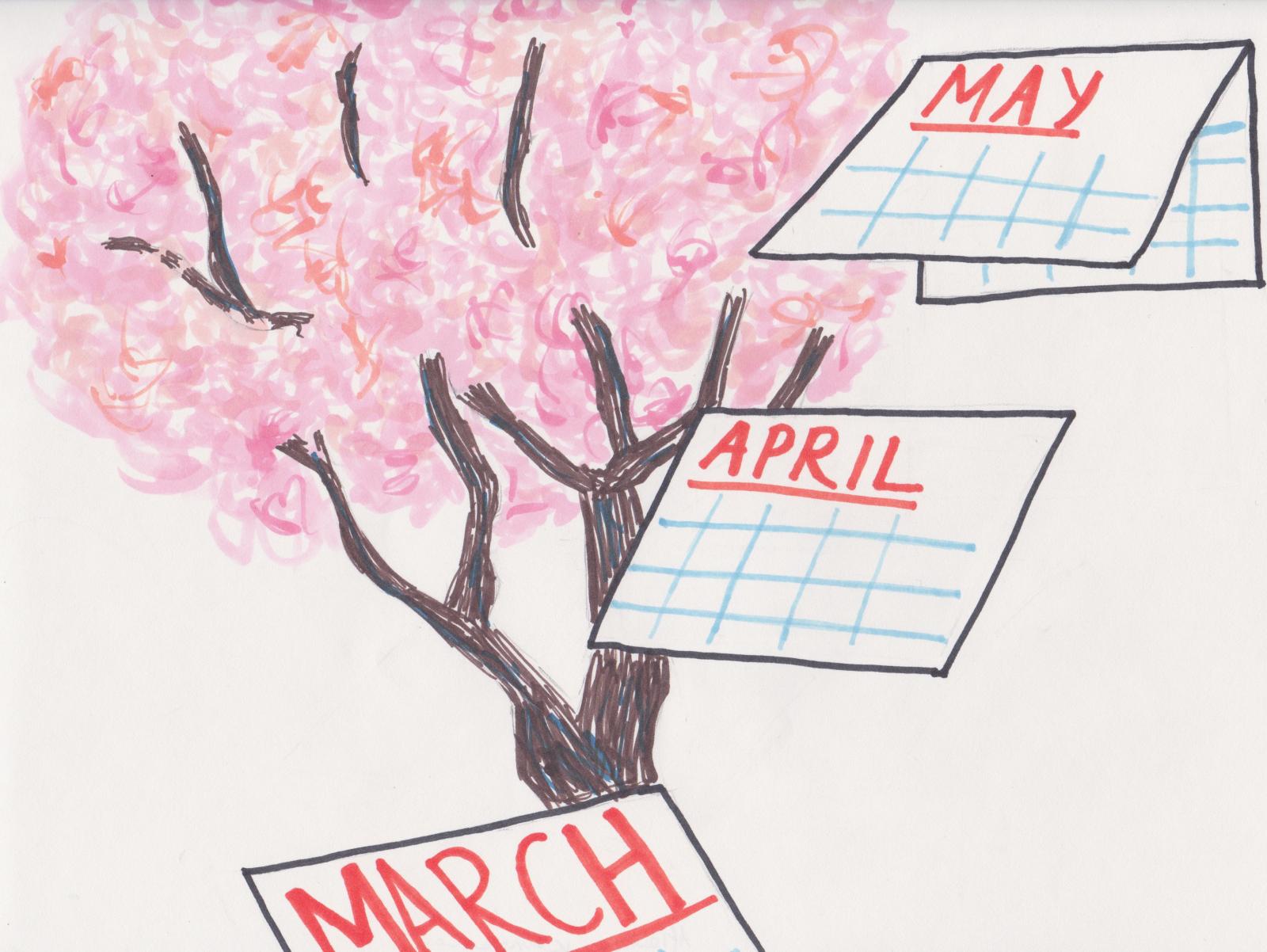 Though it's nobody's fault but my own, the last days here sometimes seem to have happened already, as though I am participating only in memory. Each passing class acquires a burdensome finality, each budding tree must be memorized, even the teapot is missed daily. The invitations to yet another senior event, "the last one ever," blur into a single continuous party, where I've stayed out too long and everyone has drunk too much. To say that I'm ready to graduate in those moments puts it kindly, for my own nostalgia exhausts me then.

That many seniors often feel disengaged is not news. When we think we've overplayed the routine here, the idea of that final farewell no longer grips us, whether or not we've grasped our particular lessons. Nor do we worry that our friendships have run their course, or wonder if we will ever experience New York again. For some of us, the apprehensions about leaving could last only so long.

I'm told not to take the remaining time for granted, that it will never be the same again. I recognize what that means logically. There will be no more snowball fights, best friends next door, favorite classes, drinks spilled in crowded kitchens, or walks along the river. My most cherished experiences are acutely fleeting, as I enjoy conversations in Hewitt or in office hours with a heightened awareness that nothing will be quite as good in the same ways anymore.

Certainly nothing will be the same again, but was it ever? I remember my closest friend during my first year here, and how often we walked to Tom's, drowsy as the sun rose on school days. We would stay awake all night playing video games until we were too tired to yell at the television. We of course outgrew that behavior and, almost imperceptibly over time, each other. He has since left, graduated early, as I learned months afterward in a text from a mutual friend. The time for feeling concerned or even curious that we hardly speak nowadays has passed, and his departure from my life strikes me as among many unanticipated goodbyes over these last four years. Each year brought its own set of changes, but only now do I realize that someone was usually leaving, and that our time together no longer applied to where I was—which is to say that where I was never remained much the same either.

I'm impressed by how regularly life shifts and things end. College lends itself to that, as each semester to some degree changes whom I see, what I do, and how often. And if someone wasn't graduating, taking leave, or transferring, then I was the one moving away from friends. I can't tell you the number of people who have passed through my life at Columbia, only that saying goodbye has become common practice.

Of course, I expect that leaving Columbia will seem dramatic and profound to me for some time. When I move out of the city next month, I will miss living several hundred feet away from friends who share similar values and interests. I'll note the absences of the people I admire and love here, not quite like the friends who exit my life more quietly than they arrive. But I'm not too saddened by the idea of losing them.

Most farewells only become final when desired, I've learned. I spent much of my first year in New York anxious about the possibility of an unequivocal goodbye, dating my high school sweetheart long distance. I accepted the knowledge that the last time we'd ever speak was that two-minute phone conversation in which he called it quits. So it goes—we caught up this past summer after not speaking for years. I'm not sure when I'll see him next, and neither of us seems too curious about the answer. I've come to understand that saying goodbye usually does not involve any irrevocable ending of a relationship.

Still, I ache at the thought of leaving my friends, not simply because I will miss them, but because I'm worried about what will happen to us. I've already started asking people to come visit me and, for one friend, I occasionally imagine relocating to Nebraska. Some friends will become acquaintances at best, but I'm not sure who. I don't look forward to wondering when I'll see my best friends again.

Yet just as that ambiguity unnerves me, I also find saying goodbye to my friends exciting. One of my best friends hasn't stopped badgering me to visit her in Omaha, Nebraska, where she wants to scrounge up the funds to buy a car and make the drive out to the Badlands. I want badly to go there, to listen to her ridiculous stories on that six-hour ride to South Dakota, and to hike the red streaked rock deposits with her, looking over expansive grass prairies dotted with bison. Not everyone gets excited about national parks the way we do, but I hope you understand me when I say that, even if I don't manage to get out there and see her, I can't wait for her to make the trip.

Laura Allen is a Barnard senior majoring in English. She is a former associate copy editor for Spectator and the president of the Barnard Outdoor Adventure Team. Laurem Ipsum runs alternate Thursdays.