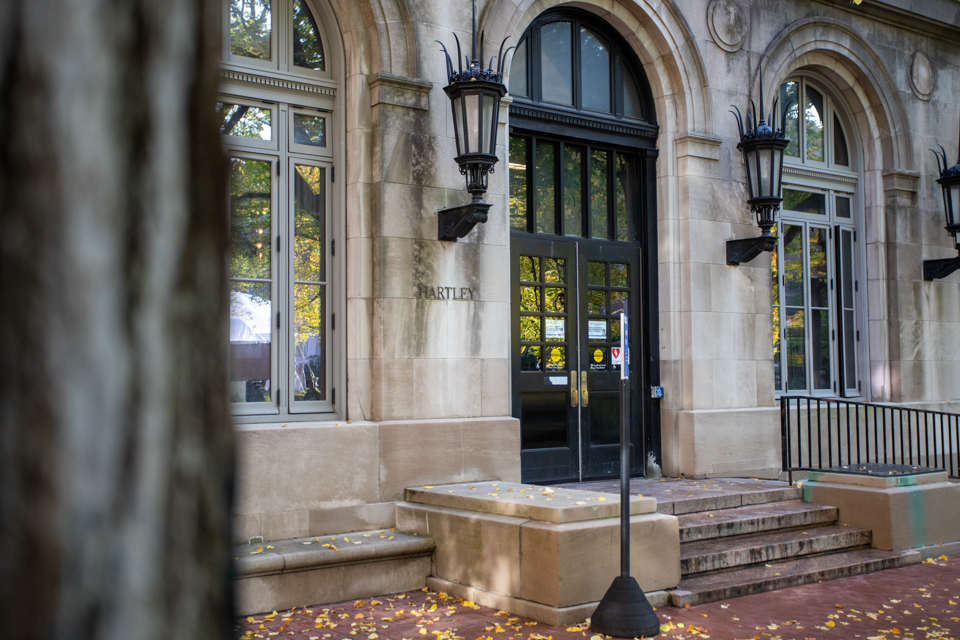 Meet the editorial board

Meet the editorial board 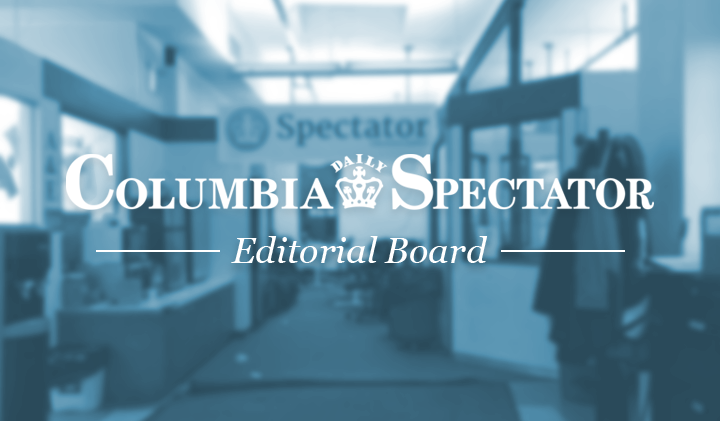 Over the course of a semester, any number of wild and unexpected things can happen: Last semester began with the revelation that both Columbia and Barnard were subject to Title IX investigations, and it ended with a threat by Columbia to cancel Bacchanal. What will happen this semester? It's anyone's guess.

We'd like to take that burden off of you.

How? By writing staff editorials.

Twice a week—on Mondays and Thursdays—we meet to discuss the topics floating in the student "zeitgeist." We deliberate as a group, reach a consensus (hopefully!) and, after a collaborative editing process, publish a staff editorial. Our sincere hope is that the effort to reconcile the variety of voices and perspectives on the editorial board will result in valuable insights for our readers.

Spectator's editorial board differs from that of many other publications in that its members are not selected from Spectator's staff. Instead, our members are active participants in the Columbia, Barnard, and Morningside Heights communities. Members have been active participants in student government, Greek life, other campus publications, activist groups, theater, and a variety of cultural communities. As such, we aim to be more than just the voice of Spectator—we'd like to be the voice of the community at large.

That's not to say that you'll always agree with us. That's OK—take the time to reflect and form an opinion. We look forward to the discussions that ensue.

Meet the editorial board:

Michael Ouimette is a Columbia College senior majoring in Spectator, although his diploma will say history. On campus, Michael is the current editor in chief—and former publisher—of Spectator, as well as president of the Spectator Publishing Company. He is from New York City and has worked on 14 political campaigns, which means he will never be interested in running for office. Michael is passionate about the future of media, and enjoys watching everything from "Star Trek" to "The Sopranos" to "The West Wing."

Mikhail Klimentov is a Columbia College senior majoring in computer science and political science, with a concentration in visual arts. Around campus, he is Spectator's editorial page editor, the Columbia University Marching Band's poet laureate, and resident Arcade Fire fanatic. In his free time, Mikhail dreams of being a standup comedian, video game designer, and president—preferably at the same time (despite knowing full well that he would be bad at all of these things). He is 6-foot-6, but doesn't play basketball (very often).

Kara Kupferberg is a Columbia College sophomore from Great Neck, New York. She is majoring in economics and history. On campus, she is a member of Youth for Debate, Columbia Women in Business, Dorm Room Diplomacy, and Sigma Delta Tau. She is also the editorial board deputy for Spectator. Kara is passionate about an absurd number of TV series and loves obsessing over food Instagrams while never actually posting her own.

Jonathan Er is a Columbia College senior from western New York, which is distinct from and even more unpopular than upstate New York. He is majoring in political science and philosophy. On campus he is involved with several tutoring groups and residential programs. He enjoys suffrage and can frequently be seen prowling the Upper West Side in pursuit of happiness, i.e. halal.

Luna Rey is a Columbia College junior from San Diego. She plans to major in American studies and concentrate in English. She is a mentor in the Double Discovery Center and the director of Anchor Splash for the Zeta Theta chapter of Delta Gamma. Off campus, Luna likes to continue her search for decent Baja-style Mexican food.

Matthew Taub is a Columbia College junior from New Jersey, planning on majoring in English. He is actively involved with student theater, Hillel, and Chipotle. No one has ever considered him controversial in any sense of the word, so we'll see how this whole editorial board thing goes for him. Though Matthew once fractured his toe while falling asleep, it recovered to be much stronger than before.

Julia Crain is a Barnard College sophomore majoring in art history. On campus, she has been involved in anti-sexual violence advocacy work, and she is a sister of the Gamma Tau chapter of Sigma Delta Tau. She is also a member of the Barnard Clay Collective, where she's discovered a passion for ceramics in the depths of Plimpton's basement. Julia is a New York City Ballet fanatic who tries to avoid Penn Station because she can't avoid the only Krispy Kreme in Manhattan.

Robert Ying is a senior in SEAS majoring in computer science. He is from the most wonderful place in the world, aka California. He has been involved in the Application Development Initiative, the Engineering Student Council, and Compass Christian Koinonia over the past few years, and also happens to have lived in John Jay for three years straight before moving to Ruggles (114th and Amsterdam). When not attempting to get residents to come to his events, he can occasionally be found downtown trying out new food. Despite common belief and the excessive time he spends in the robotics lab, Robert is reportedly not, in fact, part robot.

Ethan Herenstein is a Columbia College senior and is, to the continued chagrin of his grandmother, still studying philosophy. On campus, Ethan serves as the managing editor of The Current. In his spare time, Ethan enjoys talking about—but not actually going to—1020's trivia night, as well as short stories and Bob Dylan.

Elan Pochedley is a Columbia College senior from Kent, Ohio, majoring in Native/Indigenous studies with a concentration in political science. He is an enrolled member of the Citizen Potawatomi Nation in Oklahoma. He is the current co-president of Columbia's Native American Council and is a Mellon Mays Undergraduate Fellow. Elan looks forward to contributing his editing prowess to Spectator, encouraged by the comforts of his "dormitory-approved" hammock, high fidelity phonograph, and marvelous Vox AC15.

Peter Bailinson is a Columbia College senior majoring in East Asian languages and cultures with a concentration in economics. He is the former student body president of Columbia College Student Council, where he enjoyed placing Taylor Swift references in his weekly emails. Peter has also worked as a resident adviser and as a development associate for Spectator. Peter's goals for senior year include finishing his senior thesis and attending every senior night, and he has spent the majority of his time since returning to campus posting pictures of Minions on his suite walls (to the delight of his suitemates).

Harry Munroe is a SEAS junior who likes math and talking to people about it. His favorite food is edamame pasta (or really anything with lots of calories), and he loves a good hike in the rain.  When not talking or writing about campus issues, you'll find him singing loudly or sitting quietly in the library.

Ornella Friggit is a Barnard College senior majoring in Africana Studies with a minor in Political Science. She is from France and Burkina Faso, and she grew up in Spain. She has been involved with the French cultural society, Barnard SGA and many dangerous men. In her free time, she enjoys painting, snapchatting and hoarding as much free food as possible.
To respond to this staff editorial, or to submit an op-ed, contact opinion@columbiaspectator.com.
Editorial Board