Letter to the editor: Columbia is doing just fine in Syria

Letter to the editor: Columbia is doing just fine in Syria 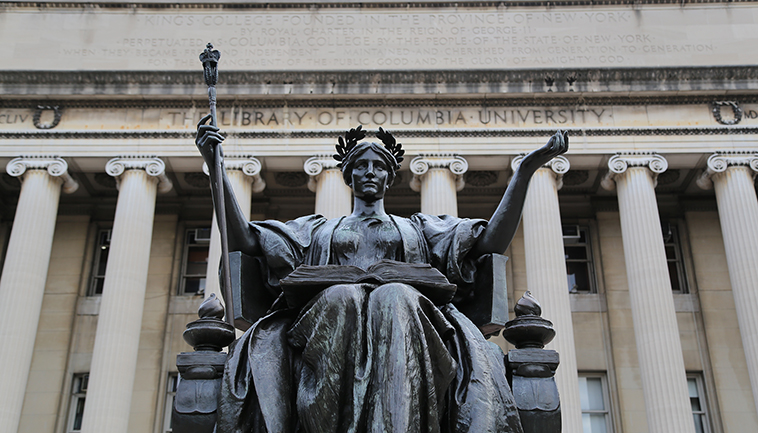 The ongoing war in Syria is a terrible thing. The authors of "Columbia must do more to address the Syrian refugee crisis" are correct in stating that the world at large "still fails to respond adequately to the humanitarian consequences of the Syrian crisis." However, the rest of the article merely presents a list of naïve demands without proposing any real solutions.

After listing a few statistics related to the crisis, the authors immediately disprove their own thesis by listing the progressive actions (relative to the rest of the American academic community) taken by Columbia since 2013. The Global Policy Initiative, led by Michael Doyle, a University Professor (our school's highest academic rank), gathers "experts from around the world to develop practical solutions to global problems" such as the Syrian refugee crisis. In addition, at the Journalism School, arguably the best in the world, the Tow Center for Digital Journalism fellows harness the power of digital storytelling to bring the crisis to light through the Syria Deeply platform.

The authors claim that despite these progressive actions, Columbia "has lacked an institutional voice to echo the concerns and fears of those on campus who identify with the Syrian cause." The authors seemingly view the bureaucratic Columbia administration as synonymous with the true Columbia: the students, faculty, and staff that comprise our community. This could not be farther from the truth. A lack of bold administrative action (however much demanding some seems to be a theme at Columbia these days) cannot be equated with a lack of concern among the greater Columbia community for the humanitarian issue at hand. Our administrators and trustees run our school—they should not be expected to weigh in on our causes, and there's no reason to see them as moral arbiters.

Sure, McGill has done a bit more. But what do these authors want Columbia to do? This, they do not specify. Certainly they do not advocate sending students to fight in Syria. At the end of the day, it seems as though the authors believe that their benefit concert will "be the starting point for vocalizing the Syrian cause on campus." But Columbia has already done that, and without a concert.

The author is a General Studies/Jewish Theological Seminary senior majoring in information science and medieval and early modern Jewish history. He is the publisher of Bwog.