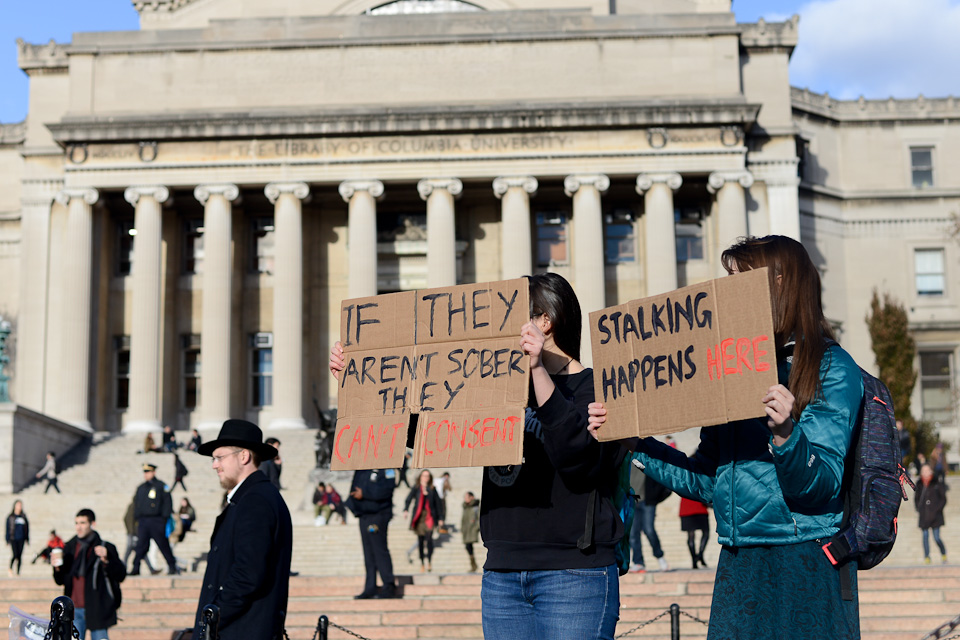 Editor's note, Jan. 18 at 10:50 a.m. An initial version of this editorial called for Sexual Violence Response to have a professional listening hotline and a partnership with RAINN. However, SVR already has a 24/7 listening hotline staffed by professional survivor advocates, and has had a working partnership with RAINN for several years. Accordingly, the article below has been corrected to include only the demands that are informed by fact. We have also corrected a statement about the frequency of sexual assault as a function of the time of day to indicate that the highest proportion of assaults occur between 6 p.m. and midnight. Spectator regrets the errors.

On Monday, Dec. 7, the newly-formed Barnard Columbia Solidarity Network released a list of six demands. Among BCSN's demands was the call for a "rape crisis center that is physically open 24 hours/day."

BCSN is right—Columbia students who have been sexually assaulted deserve, and should expect, care that is not only immediate, but also compassionate. The absence of such care can result in lasting trauma for student survivors: our peers, classmates, friends, and mentors.

Sexual Violence Response, a department within Columbia Health whose mission is to "eradicate all forms of gender-based violence," currently offers some immediate care for survivors. Still, as BCSN pointed out in their demands, the care offered by SVR leaves much to be desired. We suggest that SVR begin working toward implementing a 24/7 in-office staff presence immediately.

SVR currently offers on- and off-campus resources aimed at promoting sexual violence response, prevention, and outreach. One of SVR's resources is the Rape Crisis/Anti-Violence Support Center.

However, SVR's Rape Crisis Center is not, and was never intended to be, a crisis response center (though its name might suggest otherwise). SVR cannot administer a rape kit, nor can it pursue legal action against perpetrators of sexual assault. In its current form, SVR seems to act as an on-campus sexual violence education center.

SVR also offers a 24/7 hotline that is open 365 days a year, the purpose of which is to redirect sexual assault survivors to professional survivor advocates who can provide much-needed support by, for example, walking them over to St. Luke's Hospital for medical treatment. In the absence of an advocate, the hotline can connect survivors to a wide variety of off-campus resources, including the St. Luke's Crime Victims Treatment Center.

But unlike its hotline, SVR's offices are not open 24/7. The Lerner Hall location is open from 9 a.m. to 6 p.m. on weekdays, and its Barnard and Columbia University Medical Center locations are open from 9 a.m. to 5 p.m. on weekdays. However, the highest proportion of sexual assault occurs between 6 p.m. and midnight, not during normal business hours, when most students are busy. Why, then, do SVR's office hours not meet this demonstrated need?

Given these risks, we feel that in order to better serve Columbia's sexual assault survivors, and, more broadly, the Columbia community, SVR should make a concerted effort to expand its focus on sexual violence education to include quick, appropriate, extensive, and caring sexual violence relief.

To facilitate this shift, we recommend that SVR expand its 24/7 hotline presence to a 24/7 in-office presence. Simply put, there needs to be an actual person staffing the SVR office at all times—especially during weekends and late at night—waiting to support those who walk through its doors.

We recognize that the cost of maintaining a 24/7 in-office presence may be high. Regardless, the administration must prioritize the welfare of its students over any potential costs. It's also worth noting that it's not necessary for SVR to keep all of three of its offices open 24/7; after all, the majority of Columbia students—especially undergraduates—do not live by the medical center, which is located on 168th Street, and Lerner Hall closes at 1 a.m. We believe that SVR's Barnard office in Hewitt Hall, a student dormitory that is open at all hours, would be the best choice for a switch to 24/7 staffing.

Within the Ivy League, Columbia is perhaps best equipped to deal with sexual violence. Columbia houses three offices devoted to serving sexual assault survivors, whereas many of our peer institutions house only one. Others have none at all, only offering support for survivors through supplementary services in other offices. Still, it's up to the Columbia community to ensure that our administration provides resources that serve both the educational and emotional needs of survivors. We must continually ask the important questions: Are the resources offered to sexual assault survivors effective? What do Columbia's survivors need? How can we work to minimize, if not eradicate, sexual assault on campus?

And though we may not have all the answers, we stand behind BCSN's demand for a more comprehensive SVR, and we request that the administration implement changes that would improve SVR's Rape Crisis Center for the sake of Columbia's survivors.