A grading system built against us

A grading system built against us 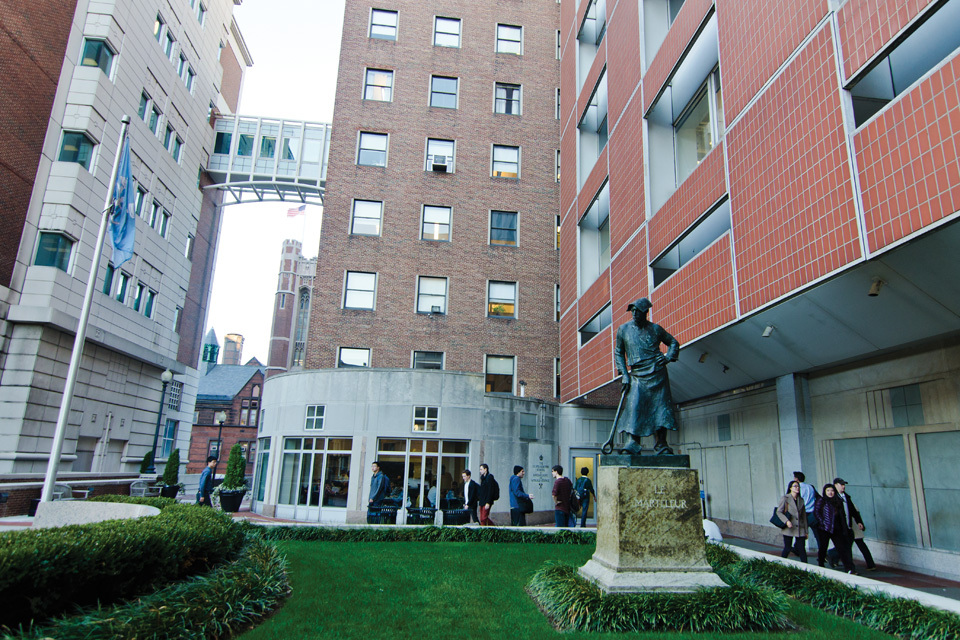 I wrote that joke for Orgo Night. It got a few laughs from the crowd and a couple of sheepish grins from the engineering students.

While this joke was a slight exaggeration, the sentiment behind it is pretty accurate. After spending two and a half years as a SEAS student, I've generally become used to answering about half of the questions on exams with some level of confidence and scoring a B+ after the curve.

Class averages of around 50 percent are pretty common in SEAS. In fact, several of my professors have told me and my classmates that they purposely draft their tests with a final class average of around 50 percent or 60 percent in mind. Sure, the material covered in my SEAS courses is, on the whole, tremendously difficult. Still, that doesn't mean that the professors programming SEAS courses should assume that their students are incapable of learning all of the material.

Generally, the classes I've taken here have used a bell-curve grading model that focuses on ranking students based on their performance. If, for example, everyone in a class scored a 90 percent or above on an exam, the professor wouldn't get a good distribution and wouldn't be able to designate letter grades easily. These low test scores are ostensibly justified with the reasonable assumption that because the course material is difficult, not everyone can get perfect scores.

But by focusing on student ranking, professors seem to have forgotten the main reason why students are there in the first place—to learn the class material.

Theoretically, if I score a 50 percent on a test, that means I understand about 50 percent of the material covered. If I didn't study for the test or do the work for the class, I'd be happy to accept that. But I'm not a drastically underprepared student, and I don't think most of the people in my class are either—they wouldn't be at Columbia if they were.

In my view, if a professor's ultimate goal is for half of the class to understand less than half of the material, they're basically admitting that they don't plan to teach half the class all the material. Moreover, professors who start their classes by proclaiming "I don't give out A's!" indirectly concede that they're incapable of teaching the course.

To be sure, many of the tests I've taken have been curved so that the class average, no matter how low, reliably comes out to a B or B+. Still, these tests are unfair. I recently took a computer science test that ended up having a median of 32 percent and an average of 28 percent. Needless to say, there had been a gross misunderstanding between the professor and the students about the material that was going to be on the exam. Once the test was over, students gathered outside, frantically asking each other if they also thought the test was borderline impossible. Several students were outright sobbing.

We had all spent hours preparing for the test, but half of the class was barely able to answer a third of the questions.

In retrospect, I'm most bothered by the fact that I didn't feel as frantic or despondent as my fellow classmates. Don't get me wrong—I also struggled with the test. But nowadays that kind of struggle feels normal. I've become used to taking tests and knowing that I'm only able to answer a third of the questions. High school me—anal, uptight, and overachieving—would probably tear her hair out if she saw my current raw test scores.

It's no secret that Columbia's stressful academic environment has resulted in a student body with a poor mental health record. From what I've seen, the SEAS grading system certainly isn't helping. I'm speaking from experience when I say that working your ass off only to find that you don't understand the majority of the exam material is detrimental to your confidence and work ethic.

During last semester's Orgo Night, we laughed at the idea of a 2/10 grade being a B+. But the unfair SEAS grading system is an unfortunate trend that seriously needs to be addressed—all jokes aside.

The author is a SEAS junior majoring in electrical engineering. She is the Poet Laureate of the Columbia University Marching Band, and a former columnist for Spectator.