Do you take course evaluations seriously?

Do you take course evaluations seriously? 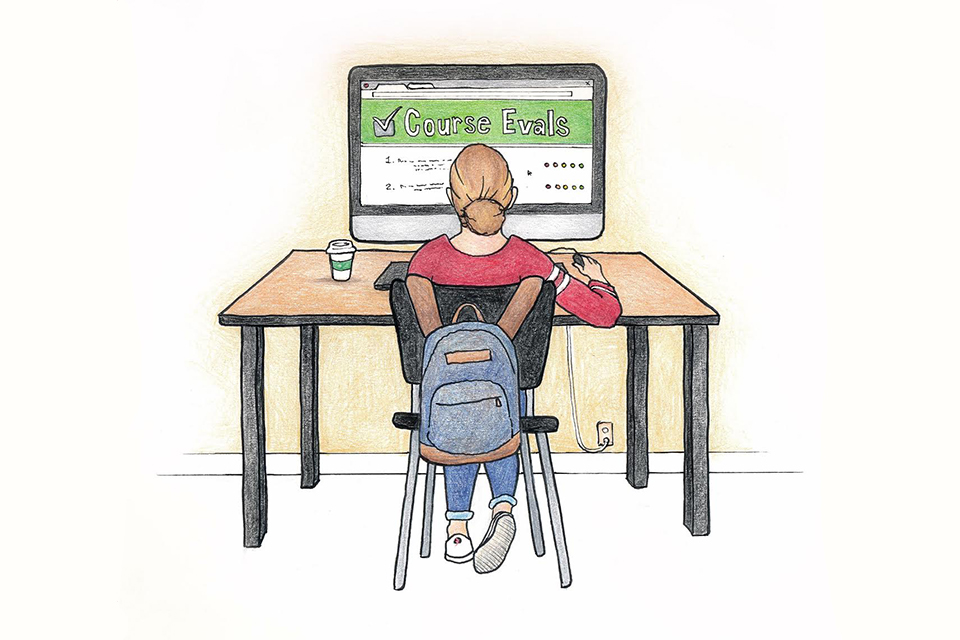 Students can insidiously violate this contract by filling out their evaluations haphazardly, marking bubbles randomly, or writing indignant, hyperbolic CULPA reviews. Despite the fact that professor evaluations are largely inconsequential to the immediate interests of the students who fill them out, these evaluations can affect the job security of the professors who teach, mentor, and guide us.

The first time I became aware of the relationship between academic labor and professor evaluations, I was sitting in a poetry class at Cleveland State. With a shrug, my professor told our class, "I make more money per hour working at a local cafe than I do teaching. If I didn't want to be teaching you, I wouldn't be here."

It was clear that although my professor had attended graduate school and published papers in journals, he still was struggling to make ends meet. Although I was shocked by my professor's statements, the vulnerability he had expressed faded into the recesses of my mind until one of the last days of class.

At Cleveland State, evaluation forms are handed out in class, and the professor exits the room so that students can complete them without worrying about hovering eyes. As I began to fill out the form, one of the graduate students in the class exhorted, "Make sure you take this evaluation seriously! These evaluations can determine whether the professor will teach again next semester! If you don't have anything nice to say, don't say it at all unless you want to risk this professor not being able to feed his kids!"

That stuck with me. I was embarrassed—I had been planning to get the evaluation done as quickly as possible, as had everyone else. It was an evening class, and most students were ready to head home. We all saw professor evaluations as a chore. But after that, I never rushed through an evaluation again.

After I left Cleveland State and came to Barnard, I encountered the same flippancy toward evaluations. They're seen as a waste of time here, too.

But the assessments that you give your professors have more consequence than you think. For adjuncts, who are hired on a per-semester basis, it is not unheard of to be given the pink slip because of poor student evaluations.

Teaching evaluations also have an impact on non-adjunct professors. Graduate students who are just beginning to teach can use evaluations as a way of figuring out where they need to improve as they develop their pedagogy. Tenured professors can use thoughtful evaluations as evidence of consistently good teaching. Poorly written evaluations can hurt a professor trying to reach tenure. At some institutions, anecdotal evidence suggests that evaluations can even determine pay raises.

Certainly, professor evaluations can be pesky and tedious, especially since the responsibility to complete them arrives just at the start of finals season. These evaluations bother some students so much that they feel compelled to haphazardly fill them out, if only to spite the University powers that mandated them in the first place.

Indeed, there are some truly terrible professors. I once had a nebbish English professor who spent the vast majority of class talking about sports and his ex-wife, didn't grade assignments, and had students talk more about their personal interests than the classwork. His class was admittedly an easy A, but it wasn't an enriching experience.

Students should have an outlet to discuss genuine issues they've had with their professors, but the truly rotten eggs are few and far between. Even in those cases, though, it's best to offer honest, constructive criticism. Suggesting ways in which professors can improve their pedagogical methods is much more respectful and meaningful than making vague, derisive comments out of indignance or spite.

The evaluations are ultimately not time intensive, and if you do them with care, you can rest easier knowing that you'll not only get your grades back on time, but also that you've done your part to reciprocate the respect that most professors have given you throughout the semester.