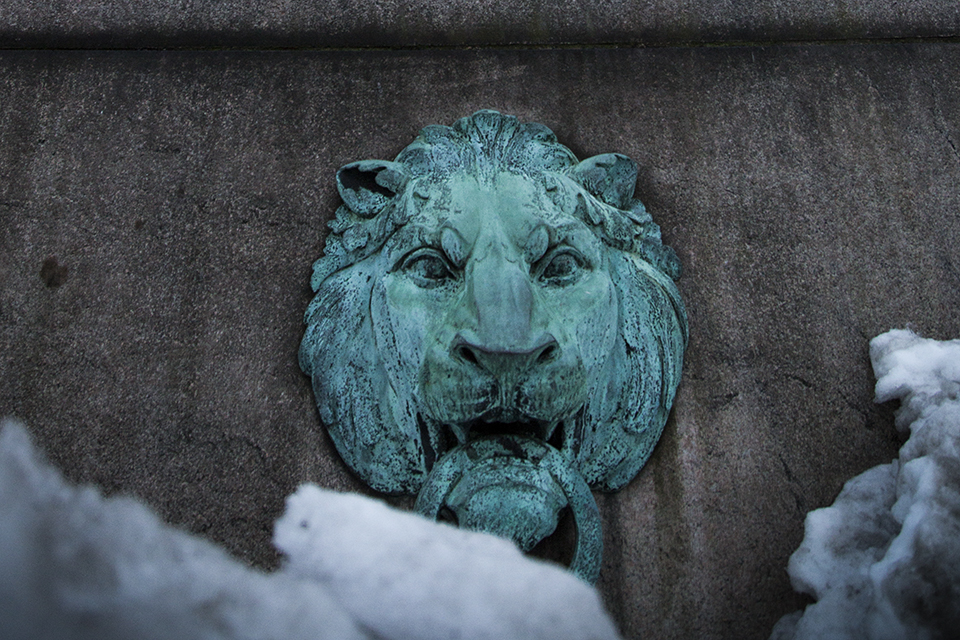 In 1839, the playwright and novelist Edward Bulwer-Lytton coined a now oft-quoted phrase: "The pen is mightier than the sword." In the face of a leadership that mistakes inciting terror and using its own people as human shields for military strategy, pro-Palestinian activists around the world have lately opted for the mighty pen as their weapon of choice, aiming to slander the Jewish state—death by a thousand ballpoint jabs.

Earlier this week, members of Students for Justice in Palestine and Jewish Voice for Peace teamed up to form "CU Apartheid Divest." Since CUAD has admitted that the eight companies targeted for divestment are a "symbolic" choice, it seems that this campaign is less about concrete economic implications and more about delegitimizing Israel on Columbia's campus.

The name of the initiative further highlights the group's abuse of the power of the pen. As we've demonstrated in Spectator's pages over the years, Israel is not an apartheid state. The reality—that it is a liberal democracy and that it protects the rights of its minorities—is obscured by the label "Apartheid Divest." It is a creative, albeit manipulative, method aimed at ensuring that the allegation of apartheid enters campus discourse as an uncontested fact. It is my greatest hope that Columbians will see through this thinly veiled PR tactic.

It is with that same obfuscatory aim that CUAD begins its petition, situating its demands "against the backdrop of Columbia and Barnard students' history of moral commitment to social, political, and economic justice." But it is precisely our communal history of commitment to all forms of justice that necessitates rejecting, rather than accepting, the Boycott, Divestment, and Sanctions movement.

Assuming that principles such as religious tolerance, LGBTQ rights, women's rights, and freedom of expression still fall under the category of "social justice," divesting from Israel would in fact mean reneging on this very responsibility. Any charges of pink-washing, regardless of how many times they are levied, do not change the reality that these rights exist.

CUAD also invokes Columbia's commitment to economic justice, yet any "success" in divestment would ultimately hurt Palestinians more than Israelis. Unlike SJP, which subscribes to anti-normalization, a policy of non-engagement with Zionists, Palestinian leadership seems to recognize the need for communication and interaction between the nations. Indeed, the Palestinian and Israeli economies are inextricably linked, with 81 percent of Palestinian exports going to Israel. As such, aggressive investment in joint Palestinian-Israeli business ventures—not divestment—would bring the most immediate advances in quality of life for the Palestinians. Harming the Israeli economy harms Palestinian people.

Furthermore, instead of valuing coexistence and the two-state solution, the divestment movement simply calls for the destruction of Israel. The movement's co-founder, Omar Barghouti, stated, "definitely, most definitely we oppose a Jewish state in any part of Palestine."  He and many others in the movement have spoken out extensively against the two-state solution. This position is irreconcilable with Columbia's commitment to political justice, which, in my view, demands that our community actively advocate for a just and peaceful agreement, with two states for two peoples.

The two-state solution is predicated upon the idea that there are two national groups with legitimate claims to the same land; its alternative, a single Arab-majority state, would require the destruction of the Jewish state. Divestment proponents know Israel will not sign its own death warrant; therefore, any "solution" that fails to recognize the legitimacy of both peoples' claims is no solution at all. Continued lobbying for a one-state solution only serves to stoke the flames of war, leading to civilian suffering on both sides.

In order for progress to occur, all interlocutors in this discourse, despite the passion present on both sides, must preserve their intellectual honesty. It would be both inaccurate and unproductive to claim that Israel is a flawless society or that Palestinians living in the West Bank do not suffer. But disseminating the fraudulent notion that divestment is an effective way of solving those issues is equally unproductive and presents a major obstacle to fruitful dialogue, and ultimately, peace.

And because every society has its fringe groups, BDS has the potential to embolden uncompromising individuals on both sides of the conflict. On one hand, because it encourages unilateral action and forgoes diplomacy, BDS weakens the mainstream faction of Palestinian society that is seriously seeking a long-term peaceful solution. On the other, BDS allows certain members of Israeli society to use its campaign to demonstrate that Israel has no partner for peace and should therefore take unilateral actions itself.

This campaign has similarly divisive implications at Columbia. The broader campus community frequently grapples with the concepts of microaggressions and safe spaces—in these pages, in student forums, and in the classroom—but the petition to divest is a tactic that marginalizes Jewish and Israeli students on this campus. It is no different than any other exclusionary initiative. By encouraging polarization, discouraging negotiation, and misrepresenting the political landscape, CUAD abandons the aspiration for peace and embraces perpetual mutual hostility.

If we as a university want to dive headfirst into productive discourse on this conflict, we need to engage in diplomacy and work constructively toward a plausible solution, not waste time doing what Journalism School professor Todd Gitlin described as "a stamping of the collective foot." We must work together as a student body—not to divest from Israel, but to invest in peace.

The author is a Barnard College junior majoring in English literature. She is the president of Aryeh: Columbia Students Association for Israel. This piece is written on behalf of Aryeh's executive board.