Letter to the editor: Invest in Peace is not the enemy

Letter to the editor: Invest in Peace is not the enemy 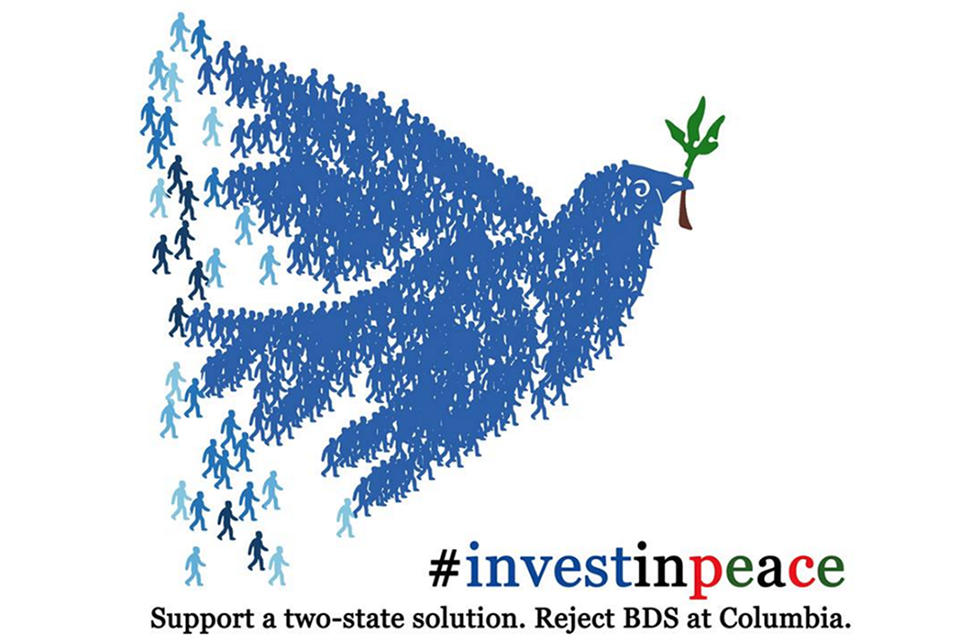 Stoughton's primary criticism centers on Aryeh's use of "photographs and hashtags." But Columbia University Apartheid Divest also uses a graphic and a hashtag, two of the hallmarks of modern-day activism, to promote its cause. In both cases, it would be better to ask about what the hashtags represent. Invest in Peace is more than just rhetoric—it's a call to action for students to engage in work that improves the lives of people in the Middle East, rather than further dividing them.

Stoughton also argues that "BDS is most certainly an investment in peace" if the status quo is the alternative. But sometimes, and certainly in the case of CUAD, the alternative to violence is more violence. This past Thursday, the Barnard Columbia Socialists, one of CUAD's co-sponsors, included the chilling words "Long Live the Intifada" in a post advertising the BDS 101 event. Despite their allegedly nonviolent stance, CUAD has not come out with a statement condemning this call for violent resistance. During the Second Intifada, over 1,000 Israeli civilians were killed, many while shopping in grocery stores, dining in pizzerias, and dancing in nightclubs. Neither that, nor the ongoing "Stabbing Intifada" that has left Israelis fearful in the streets, is an investment in any kind of peace.

Accusing Aryeh of "meaningless action" is all the more ironic given that CUAD's campaign has been described by one of its founders, Shezza Dallal,  as a "symbolic holistic divestment" that is "more of an educational opportunity" for the Columbia community. While BDS is being used as a means to launch a rhetorical campaign against Israel's legitimacy, the Invest in Peace campaign has chosen to collaborate with various organizations that are tangibly fostering coexistence on the ground. As CUAD talks, Aryeh will be fundraising and publicizing volunteer opportunities for organizations like Hand in Hand Center for Jewish-Arab Education in Israel and Yala Young Leaders, that are on the ground sowing the seeds for peace in the youth of the Middle East.

I happen to agree with Stoughton that meaningless action "perpetuates the current dynamic between Israelis and Palestinians," but he would be better off directing this complaint at CUAD.

The author is a senior at Columbia College majoring in political science.

Invest in peace Aryeh Letter to the editor