The problem with Columbia's hookup culture

The problem with Columbia's hookup culture 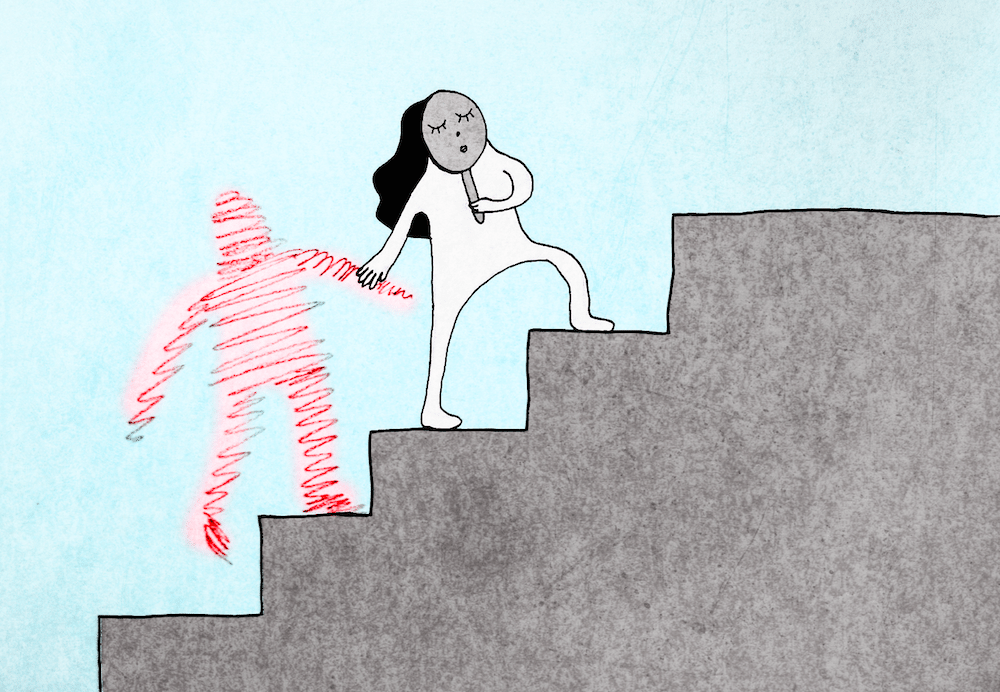 As a transfer student from the University of Texas at Austin, I've had the unique experience of attending two incredibly different schools—one that is heavily immersed in Southern culture, and another that is rooted in East Coast tradition.

As a result of Southern cultural practices (aka Southern hospitality), students attending the University of Texas tend to view hooking up positively. And at Columbia, a university molded by New York culture and its emphasis on self-reliance, hookups seem more taboo, a topic that few address frankly.

In Austin, sweaty, intoxicated college-aged adults can be seen grinding at a certain Sixth Street bar every night, whispering enchanting accounts of things to come into their partners' ears. While some people might be seen casually occupying tables, blushing and laughing at the drunken tales exchanged, others hunt—metaphorically swiping right or left—for potential prey.

At UT, hookup culture doesn't stop at the doors of bars. It follows students back home and is further demonstrated by the candidness with which UT students regard hookups.

Naturally, at a school with an approximate population of 51,000 students—almost twice that of Columbia 30,000—hookup culture feels more prevalent. There's simply a greater number of opportunities for hookups at UT. But mere numbers aren't the only reason to believe that the hookup culture at UT is more open than at Columbia.

Hookups are a kind of social capital at UT. Casual sex struts around in public, personified by the energetic student organizations engaging head-on with casual sex by actively distributing condoms of various colors and flavors. There's an aura of candidness that is as carefree as Julie Andrews in the The Sound of Music. UT's hookup culture is not only unbothered by judgment—especially that of slut-shamers—but also addressed directly and honestly.

After relocating to Columbia, I observed a noticeable difference in student hookup practices.

"Please don't ever tell anyone what they told you. I can't believe that they told you what we did last night. This will never happen again." Comments like these can be overheard on a chilly New York night while ordering lamb over rice from a halal cart.

Although casual hookups happen frequently here at Columbia, there seems to be an underlying stigma associated with them that follows students from their bedrooms. And after much contemplation on why this is, I came up with only a few rational reasons.

Both of my reasons why Columbia has a more concealed hookup culture transpire from Columbia's distinct personality—a personality that, in a way, mimics that of the city it occupies. Columbia attracts independent, individualistic students determined to achieve perfection, and it is because of this detached, perfectionist personality that the hookup culture at Columbia suffers. Contrary to Austin, New York emphasizes neither community nor emotional openness, and as a result many Columbia students don't want to need help or be vulnerable—whether that be academically or sexually. In short, Columbians, much like New Yorkers, radiate independence.

Furthermore, conversations about hookups are more subdued at Columbia because casual sex deviates from the ideal image that many students desperately try to achieve and cling on to. To Columbia students, pure perfection is defined by how few hours of sleep you've had, how many tablets of Adderall you've popped, how many clubs you're in, or how high your grades are. And while hooking up is certainly a source of social capital here, as it is at UT, it's a currency that's simply not as valuable within a skewed understanding of perfection—an understanding that often does not include hooking up, much less dating.

Generally speaking, the prevalence of hookup culture has increased greatly in today's society, largely due to the college students of our generation. The acknowledgment and recognition of said culture, however, varies greatly. Whereas the students of some universities seek to openly participate in casual sex, other students shy away from the topic, opting instead to live life with a proverbial elephant in the room at all times.

Unlike Columbia, a university that seems to care more about whether you're the next wolf on Wall Street than about how many frogs you've kissed, UT seems to honestly address the inevitable hookups that take place on college campuses nationwide.

Perhaps this can be attributed to a fear of losing independence. Perhaps it's simply a result of Columbia's student culture.

So, Columbia, what are we hiding? What's keeping us from sexual candidness? As a transfer student, but more importantly, as a Columbia student, I challenge us to participate in a culture of openness—one that doesn't simply use sex as a reason to brag or as a means of collecting social capital, but rather encourages us to be honest, not only with ourselves, but with others as well.

The author is a Columbia College sophomore and transfer student majoring in political science and English. This piece is part of an ongoing series, Love, Actualized.

To respond to this op-ed, or to submit an op-ed, email opinion@columbiaspectator.com.