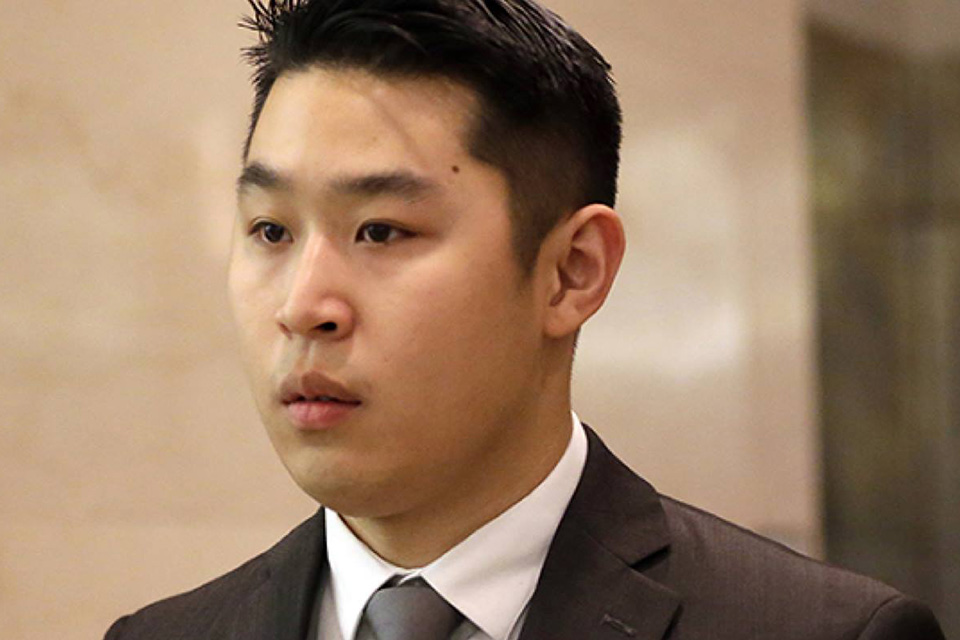 This past Saturday, over 10,000 protesters rallied in Cadman Plaza, Brooklyn and in cities across the nation to denounce the conviction of 28-year-old Peter Liang. On Feb. 11, Liang, a former NYPD officer, was found guilty of killing an unarmed black man named Akai Gurley in November of 2014. The following protest, which took place in Brooklyn, was the best-attended rally organized by the Asian-American community since the Rodney King riots of 1992.

Though the protests that occurred display the ability of the Asian-American community to visibly and vocally advocate for change, the protesters' reasoning is ultimately destructive and problematic to all communities of color complicit within the system of structural racism.

Liang's supporters claim to protest on behalf of "equal justice," yet their demands (which range from asking that the charges against Liang be dropped to asking that the sentence Liang faces be shortened) are contradictory. We cannot expect all policemen to be equally held to the law while insisting that Peter Liang is entitled to special treatment.

Some pro-Liang protesters concede that the Akai Gurley killing is yet another unfortunate example of systemic racism, our broken criminal justice system, and the devalued lives of marginalized people. Yet, they concurrently claim that a possible 15-year sentence for Liang is "disproportionate" to the crime because Liang had only been on the job for a little over 18 months, and because the shooting was an accident. In addition, supporters of Peter Liang maintain that the indictment only serves to conveniently "scapegoat" Liang as an Asian-American police officer whose community's political voice has seemingly remained dormant in recent activist efforts such as the Black Lives Matter movement.

To assert that Liang was indicted as a "scapegoat" for the NYPD minimizes the impact of his crime and Liang's responsibility as a sworn officer of the law to protect members of his own community. Regardless of whether Liang's sentence is ultimately five years or 15 (as will be decided in April), the NYPD can now use Liang's indictment to prove that they have taken action to address the wrongful deaths of marginalized people. If anything, the NYPD's ability to leverage Liang's indictment in favor of their own political agenda demonstrates that people of color will continue to face consequences that whites, historically, have not.

It is also true that Liang is not protected by white privilege. But this fact cannot and should not be used to argue against his indictment or to quantify the amount of time he spends in prison. Protesting for leniency on behalf of Liang using this argument does not right Daniel Pantaleo, Darren Wilson, or Liang's many wrongs, including Liang and his partner Shaun Landau's failure to provide CPR to Gurley when they discovered he was dying. Most critically, such leniency for Liang would fail to grant Akai Gurley and his family the justice they deserve.

The trial of Peter Liang cannot be decontextualized from the complexities of a heavily racialized criminal justice system that often relies on discriminatory practices (such as NYC's controversial tactic of vertical patrolling in Liang's case) and white supremacy. Perhaps one of the worst symptoms of Liang's case and the recent protests in his favor has been the re-exposure and poor media coverage of racial tension between the black and Asian communities, a relationship that was already strained by both anti-Asian and anti-black sentiment from the start.

The Asian-American community's polarized response to Akai Gurley's death and Liang's indictment are complicated by language barriers, generational gaps, and vast differences in understanding and experiences with both interpersonal and structural racism. As Jenn Fang, founder of the blog Reappropriate.co, aptly notes, "...we can either fight for special treatment for Asian-Americans along the margins of a racially unjust system, or we can work with other communities of color to dismantle this systemic injustice outright. In the dichotomous black-and-white racial landscape of modern America, we are being called upon to take a stand. But which side will we land on?"

We, the Columbia University Asian American Alliance, stand in support of #JusticeforAkaiGurley and his family. We believe that the indictment of Peter Liang was just and that no leniency in the length of his jail sentence should be considered, given the severity of his crime and his direct role in the loss of an innocent life. We also stand in solidarity with the Committee Against Anti-Asian Violence (CAAAV) for its vital and visible support of Peter Liang's conviction and its perseverance in the face of threats and harassment. Our current criminal justice system continues to fail the marginalized members of our communities, particularly those who are black, Latinx, transgender, immigrant, migrant, homeless, indigenous, Muslim, and perceived-to-be Muslim.

As privileged members of the Columbia community, we are complicit in a larger and unfair criminal justice and racial system. We must stand on the right side of history. We must stand with Akai Gurley and his loved ones.

The authors are members of the Columbia University Asian American Alliance.