Looking for love in all the wrong places

Looking for love in all the wrong places 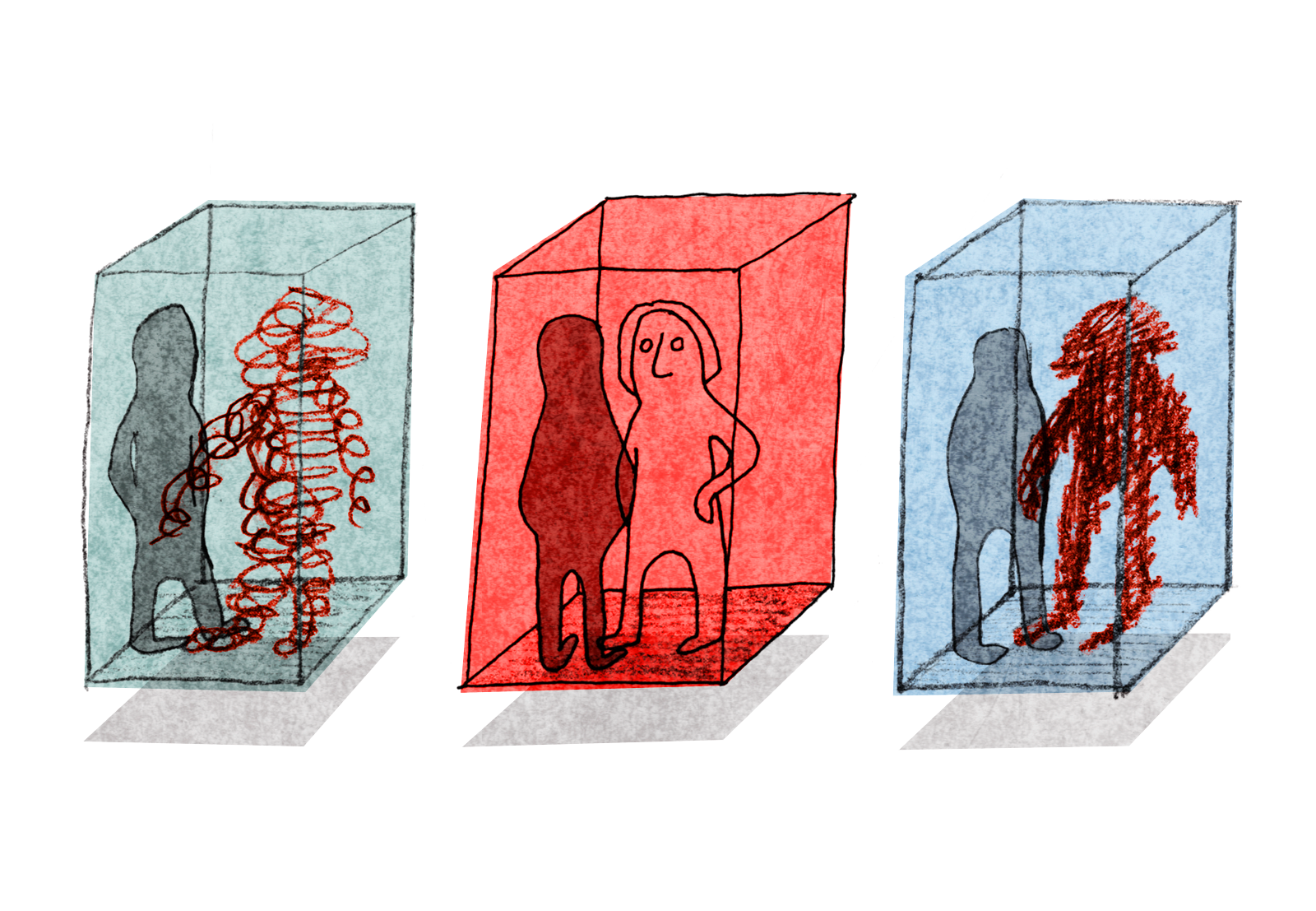 Boys ask me out when I'm behind the counter at the pastry shop. They'll smile at me and I'll smile at them and then, with hope in their eyes and baklava in their hands, they'll take a leap of faith. They really, really enjoyed getting to know me, they'll declare, and could we maybe continue this conversation? Maybe over coffee? Maybe sometime this week?

My heart sinks every time this happens. While I know that they mean well, situations like this still make me extremely uncomfortable. For one thing, it puts me in an awkward position. Suddenly I have to find a way to reject them while still treating them like a customer, trying not to lose their business or my tip. On a deeper level, though, it stings a little because it makes me wonder if they were actually interested in getting to know the real me, or if they were expecting that the real me would just be an extension of Customer Service Jordan—the girl who smiles and serves and tells them to have a great day and exists solely for their convenience.

Did they think I was going to serve up my phone number along with their cream puff just because I usually do what they ask me to? How would they respond if they realized how dramatically different I am from Customer Service Jordan?

Not that they would necessarily have an opportunity to meet the version of me I would want them to be attracted to. Outside of the customer service context or class, I interact with the most guys by participating in Columbia's party scene. Thus if I'm not making their coffee, I'm probably meeting them at bars or frat parties where I feel like a target, an outsider, or both.

When I'm navigating the male-dominated party scene at Columbia, I feel like another version of Customer Service Jordan. I'm not really myself, and I mostly speak when I'm spoken to. I fall into behavior shaped by lessons learned the hard way, keeping a safe physical and emotional distance so boys won't get angry or even violent when I try to walk away from them. Apparently, my role is to stand next to a beer pong table and drink until it becomes fun to watch people play beer pong. Occasionally, I find myself in these places wishing I were at work, where at least I could be eating pastries.

Being viewed and interpreted in these spaces is not conducive to love, which is probably why I've never had a very loving relationship with any of the guys I've met in these contexts. At Columbia, the only loving romantic relationship I've had is with someone who first saw me off campus one night when I felt free and independent and in my element. His first impression of me was on a group trip to the High Line; I was the girl in the leather jacket smoking a cigarette with her hair tucked behind her ears, thinking she was hot shit (I did). It was the kind of first impression that made my rule-breaking and radical feminism seem not all that surprising. I think he was able to love the real me because he first fell for me when I was really being myself. I wish I could have found myself in situations like that more often on campus.

My desire for safe, inclusive, comfortable, and free spaces directly correlates with my frustration with the overabundance of male-dominated spaces here. Maybe the terrain of campus dating isn't as bleak for everyone else, but for me, romance at Columbia has been framed by the dull monotony of being constantly out of my element. It rubs salt in the wound that I'm apparently most attractive to guys when I'm taking their orders.

It's more important to me now than ever that I find opportunities in which I can present myself to others on my own terms. It's a matter of principle but more importantly, it's a matter of love. I don't feel like I'm loving myself when I put myself in environments that make me feel uncomfortable and unsafe. Loving myself feels more like allowing me to be freely and openly me. It's also from this place of honest self-expression that I want to meet others. Frankly, I'm not interested in dating anyone who is attracted to a small or meek or somehow disempowered version of me.

The problem with opting out of these spaces is that there isn't an abundance of alternatives waiting for me to opt into. I've become increasingly aware that the types of social spaces I prefer might not completely exist yet; it might be up to me to try to create them for myself. This has been one of the greatest lessons I've learned at Columbia. I hope to continue to create alternative spaces that encourage free self-expression now and in life after college. Hopefully this can produce more social contexts that are conducive to love—all forms of it.

The author is a Barnard College senior majoring in political science and human rights. She is the founder of Feminist Film Club Party Club. This piece is part of an ongoing series, Love, Actualized.