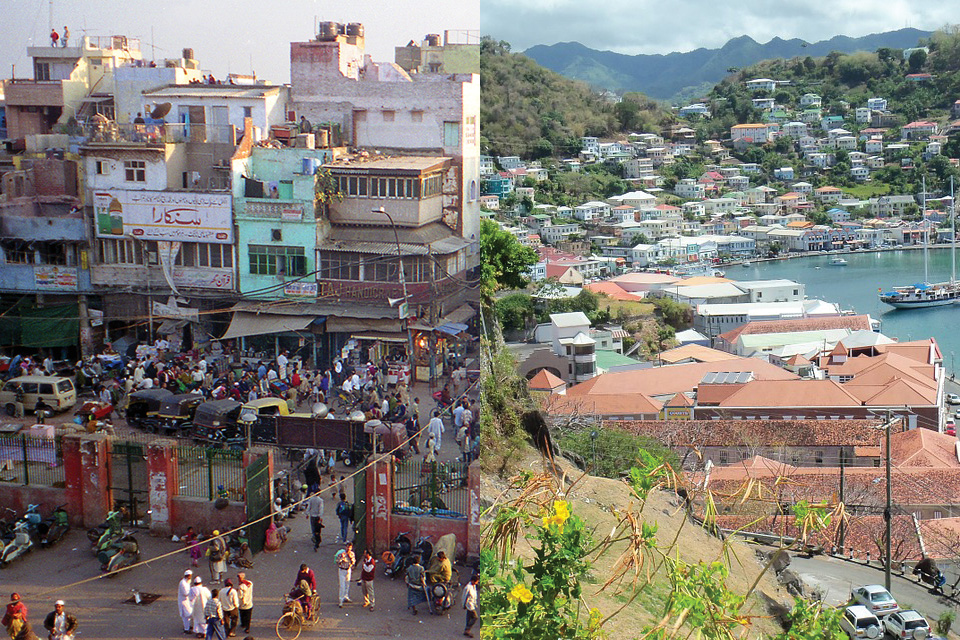 In thinking about this quote, I'm reminded of the instances and ways in which I've been complacent. "Yo fuck being Trinidadian, you're so Indian." Silence. "So you're basically Indian." "No…" "But you look so Indian." "I know." I sit and think about how I've buried my cultural identity by my silence and let others brand me with their assumptions.

Out of fear and embarrassment for being looked down upon as having a less valuable and "fake" heritage, I have suppressed my culture entirely. "What are you?" These three simple words manage to seize me for a moment, so I default with my usual response: "Indo-Caribbean."

I've grown familiar with the judgement, confusion, and indifference that often follow my response. "What the fuck is that?" "Wait, but why do you look Indian if you're from the Caribbean?" "But you're not Black or Latino." Then there's my personal favorite: the nod with feigned knowledge, and then the look away.

How do I explain that I have quite literally been robbed of my own history by colonizers who transported my ancestors from India to the Caribbean as indentured servants? That because of forced migration, so much of my ancestors' culture was lost and changed? And that because of this loss, I now long to connect with the culture that both is and isn't mine?

West Indian heritage is derived from Indian culture, but the traditions, language, religion, and cuisine changed greatly over time. It is because of this that I listen to so much Hindi music—from Mohammed Rafi to Arjit Singh—in the hopes that the language could somewhat help repair the bridge that has been destroyed between my foreparents and me. And yet while songs like "Yeh Ansoo Mere" and "Tere Bina" still stir deep emotions within me, I realize that the songs express a culture that I will never truly know.

My complacency has disappeared only to be replaced by something else entirely: anger. I'm mad as hell.

I'm outraged because I was taught to despise my Indo-Caribbean identity. For my entire life, I have been told that my identity is flawed, and I have been ostracized because of it. For example, in middle school, I could never fit in with my Dominican classmates, no matter how thick I layered my tongue with a Dominican accent nor how hard I tried to learn Spanish. A cultural barrier always existed that prevented us from being friends.

In high school, I was surrounded by white people who thought of me as an exotic Caribbean-American girl: "So like do you just have coconut trees and beaches? Can you speak other languages?" Even within the general population of people who seem to think they know Caribbean culture, they would continue to perpetuate the stereotype by being hypersexualized: "If you're Trinidadian, where's your body? Can you whine and dagger?"

Even at Columbia, many Indian students suffocate me with their superiority and continue to make assumptions: "Yeah, you look pretty Punjabi." "Indo-Caribbean culture seems so fake."

I thought coming to college would help me find a cultural community. I don't think I've ever been more wrong. Within Columbia's South Asian community there exists certain cultural politics ("I'm Indian," "I'm half Sindhi and Gujarati," etc.) that tend to leave out other groups not in the normative South Asian diaspora. These feelings of exclusion manifest in small ways—when I'm in a group of people connecting over food, for example, and I'm expected to know what they're talking about.

For so long I've clung to Indian culture. From Bollywood music and movies to classical Indian dancing, I've tried to adopt a culture that was once my ancestors' in hopes that I could claim it as my own and finally be accepted. With this in mind, I thought that if I put in the effort to embrace South Asian culture, I could be somewhat accepted into the Brown community.

But, of course, this was easier said than done. I do not speak any language other than English; I am not from the Indian subcontinent; my ancestors were probably from the lowest caste. Oftentimes, the effort to understand my Indo-Caribbean heritage is simply not reciprocated by people who identify as South Asian.

Where does this leave me in terms of cultural identity? In the Caribbean diaspora, there exists a very distinct divide between the Afro- and Indo-Caribbeans. Although both cultures are considered West Indian, they are immensely different, because the histories of African slaves and Indian indentured servants are not the same.

While I am still figuring out what it means to be Indo-Caribbean, one thing I have realized during my time at Barnard is that I can no longer be ashamed of my heritage. Yes, it is different from Indian culture, and yes, it is a confluence of African, Indian, and Native cultures, but that doesn't make it tainted and dirty. I love feeling the rhythm of chutney and soca music flow through me, and feeling the sudden flash of heat on my tongue from the pepper in doubles. Trinidadian-West Indian culture is an incredible and unique hybrid of histories and cultures that I am proud to embody.

I know that I will have to keep reclaiming my culture to undo years of rejection and hatred, which have been especially amplified at Columbia. To other students with the same or similar situation, my advice is to keep reminding yourself that your heritage is unique and important, and to find whatever method you can—whether it be through music, food, religion—to keep fighting against the structures in place telling you otherwise.

The author is a Barnard College first-year with a prospective major in biology and minor in women's studies.