The ugly truth about campus (in)accessibility

The ugly truth about campus (in)accessibility 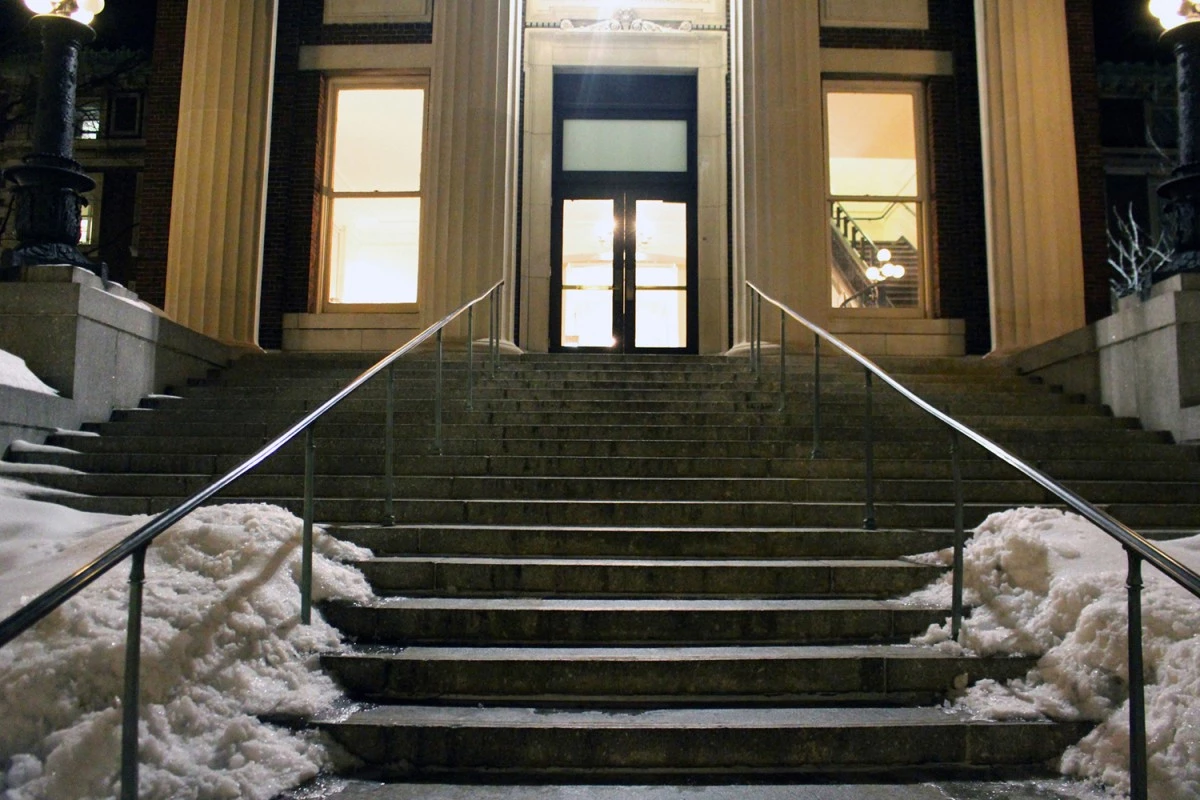 Although my first few weeks at Barnard were mostly a blur, the one thing that remains completely lucid in my memory is the constant feeling of disappointment and frustration. I was at one of the best universities in the world (I somehow made it here!) but that rush of adrenaline quickly faded away. It didn't take me long to notice that I would be facing literal obstacles during my journey here, as a student with cerebral palsy and who uses a wheelchair.

I spent NSOP familiarizing myself with campus, as I learned from being a participant in Columbia's summer college-prep program how difficult it is to navigate campus in a wheelchair. But it was sort of a blessing, having had that experience prior to matriculating to Barnard. Thankfully, I still remembered the tricky, hidden routes leading to buildings like Philosophy and Lewisohn.

Little did I know, however, that much of campus remained a difficult, inaccessible maze. The best part was that I was in it alone. During an NSOP campus tour, the orientation leader was even more confused than I was when we were trying to figure out how to get me up Low Steps to Upper Campus. He wasn't aware that there was an elevator next to Dodge Hall to get there, despite having been on campus for three years. After a few minutes of struggling and puzzlement, he said it would be best for me to go on an accessible tour, as he had the rest of the tour group to attend to. An "accessible tour" sounded great, only there wasn't such a thing. I wonder how many prospective students with physical disabilities Columbia has lost just because our campus tours weren't accessible.

Sure, Columbia's accessibility map has a bunch of handicap signs scattered across it, but it fails to explain how to get to those elevators and ramps. There is, for example, an elevator in the Math building, but you need to go up a flight of stairs to get to it from the main entrance. That totally makes sense, right?

You might think that because Barnard's campus is much smaller, it must be much easier to get around—wrong. The ramps are in the most inconvenient areas possible. While many first-years lament the walk to the main gates after the Quad gates close, they at least still have access to the Quad entrance during the day. And as beautiful as the staircase by Altschul and Milbank may be, it is completely useless for people in wheelchairs or for those with mobility issues. It feels as though Barnard's administration is just trying to meet a requirement by adding those ramps, remaining completely oblivious to how their inconvenient placement creates more of a burden for the people who need to use them.

Fraternity and sorority brownstones and East Campus are another story. I remember going through recruitment feeling very excluded because the brownstones are completely inaccessible. Although I am happily pledged to my sorority, attending social functions can be a nightmare. I usually have to leave my wheelchair outside of the houses and walk up the stairs hoping no one steals the chair.

What I find most ironic is Columbia's and Barnard's ability to throw thousands of dollars toward maintaining their landscapes, while failing to maintain the few automatic door buttons that exist (which are fixed only after a couple of months), elevators, and temporary ramps. For me, physically opening doors is quite an aerobic exercise. First, I get up from my chair to reach the handle, and I sit back down while pulling the door open. Then, I stick my foot in between the door, keeping it wide open. Finally, I make sure I drive my chair fast enough to get in before the door closes. Many of these doors are extremely heavy, so I risk injuring myself every time I attempt opening one?all because the button is broken.

Students, too, are sometimes at fault; I've witnessed students kick the button with their feet or jokingly punch it, which is incredibly inconsiderate toward people with disabilities. But what I can fault the University for is the poor?or complete lack of?communication among various offices. The offices often fail to to notify each other about the breakages, which slows down the repair process—there just isn't a communication system in place.

Lastly, many of the temporary ramps (aka pieces of cardboard) are not sturdy, nor do they have ADA-compliant slopes, so I risk falling off each time I use them. Many times, however, I have no other choice but to take the risk since it is the only way I can access the buildings.

As a second-semester junior in a wheelchair, there is almost nothing else that could surprise me about the inaccessibility of this institution. I would be lying if I said that I wasn't disheartened by the fact that the University seems to put the needs of disabled students at the very bottom of its list of priorities.

To be a physically disabled student on campus is to face disheartening, paradoxical experiences: Many people notice you, but only a few, if any, will go out their way to help you. If you see a person in a wheelchair trying to get on that tightly packed elevator in Hamilton, step off, if you're able, and offer them your spot. There are many times when I wish I had the option of taking the stairs because that is actually faster than waiting for the elevator. I implore you to be more cognizant of the environment and the people around you. My struggles are not a spectator sport. Next time you see someone struggling to open the door, don't just stare. Open it for them; the five seconds of your time will spare them five minutes of theirs.

The inequality even permeates the classrooms, as many professors don't know how to accommodate students with disabilities. They often use ableist language, as they assume every student in the class is able-bodied, and make comments like, "Be thankful for your young and healthy bodies, because one day, they are not going to work as they used to, and some of you will be sentenced to a wheelchair."

We all came here to receive the best education we can, but how are we supposed to reach our full potential when many of the physical and contextual (especially when it comes to the language we use) spaces here are inaccessible, inequitable, and inconsiderate?

The author is a Barnard College junior majoring in economics and minoring in sociology. She is the junior representative to the board of trustees and sits on the University Senate's subcommittee on campus accessibility and Barnard's President's Taskforce on Diversity.