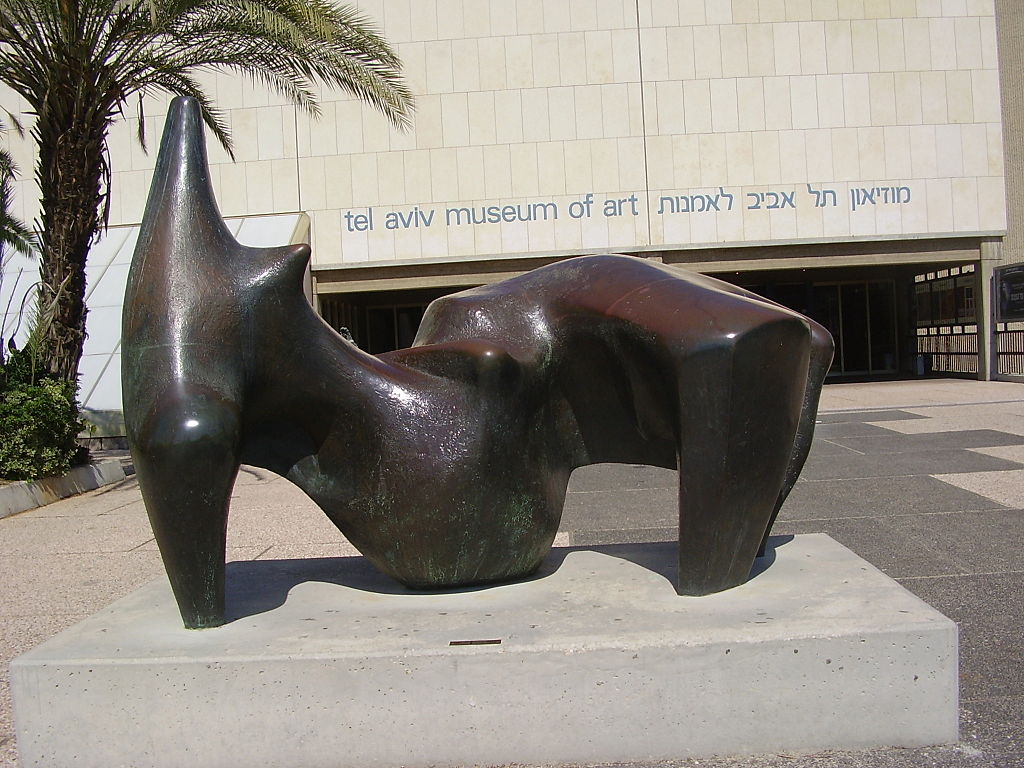 In opposition to the installation of a new sculpture in front of Butler Library, a group of students recently published an op-ed that was equal parts reactionary, philistine, and glib. The role of public art in shaping spaces in general and our campus in particular is an important topic to which their op-ed does an immense disservice.

The authors did, however, get one thing right: "Reclining Figure may already be a done deal." Taking its eventual appearance as inevitable, let's explore some reasons why students should be eagerly looking forward to the arrival of Henry Moore's work.

To begin, most of the original writers' own objections are actually misguided distortions of real causes for celebration. They lament, for instance, the lack of advance notice given to students. Unfortunately, general fanfare is almost always absent from discussions and happenings related the University's art collection. Avery Library's Curator of Art Properties Roberto Ferrari has worked tirelessly on creating events and collaborating with professors in order raise the profile of the University's collection, but, sadly, it's still the case that Columbia owns thousands and thousands of wonderful objects about which most students are entirely unaware.

The reason for this general ignorance and this lack of publicity is the lamentable lack of institutional clout wielded by Art Properties. Currently, there isn't the space or money to display these objects properly, and so far attempts to secure additional display space for the collection in Manhattanville have led nowhere, so they must continue to languish in storage for the foreseeable future. The fact that Reclining Figure is finally being installed in such a prominent place 20 years after its donation, however, is perhaps a sign that Dr. Ferrari and his team are at last being afforded a little more leeway. Referring to some monolithic "administration" blinds the authors to the important interdepartmental politics at work here. Rather than lament that this "administration" gave insufficient notice, let's celebrate the fact that Art Properties was able to do anything at all. This is a good sign—may our campus be brightened by many more such efforts in the years to come!

Second is the issue of aesthetics. Despite claiming that they would be taking some sort of pseudo-intellectual high road and "setting aside aesthetics and practicality," the authors almost immediately launch into a series of hyperbolic condemnations of the sculpture, analogizing the "ghoulish figure" to a "dying mantis or a poorly formed pterodactyl."

Obviously, there is no disputing about subjective taste, but in this section the authors reveal themselves to be very poor readers indeed of the article they cite in support of their claim that "the sculpture is so repulsive that when thieves stole Moore's original cast, valued at £3 million, they literally chopped it up and sold it for scraps." The theft of Moore's sculpture involved no such aesthetic judgment—it was the work of poor criminals who needed fast cash, and the event was universally regarded as an artistic tragedy. The authors' claim here is just a sloppy dig at Moore's work with no basis in the actual facts of the case.

What does it mean for these two hybrid figures to face each other across the so-often intellectually and physically contested ground of College Walk? What does it mean for Maya-derived forms to take center stage in front of the Butler facade, so often derided as unrepresentative of the literary and artistic diversity studied and lived by Columbia students?

What does it mean that those forms were created by a man a thousand years and five thousand miles away from the Maya themselves?

The possibilities for discussion here are endless. Reclining Figure would not only diversify preexisting campus sculpture in a formal sense, but it would also provide us with numerous provocations for exploring the meaning of artistic display and the role of the University as an exhibitor.

Finally, there is the accusation that Moore's sculpture will take up too much of the scarce physical space on campus. This is the only point on which I feel the slightest sympathy for the authors of the original op-ed. We at Columbia are crunched for space, there is no doubt. But I encourage everyone to wait and see if this new addition does not take away but rather adds to the space it occupies.

Columbia students are in fact already familiar with how Moore's work can allow us to interact with the built environment in a novel, entertaining way. I'm talking, of course, about Three-Way Piece, affectionately known as the Tooth. Who among us has not enjoyed grabbing a couple of friends and turning the Tooth after a night in East Campus? I don't know that Reclining Figure will offer the same kinetic possibilities, but who knows how we might make it come alive in its own right? How will we play with it, sit on it, lie under it, run around it? It's a public sculpture owned by Columbia, and we're Columbia students. Let's make it ours. Let's allow it to enrich our experience and understanding of its space on campus.

Art provides opportunities. It's up to us to make the most of them.

The author is a Columbia College senior majoring in the history of architecture and concentrating in English and physics.